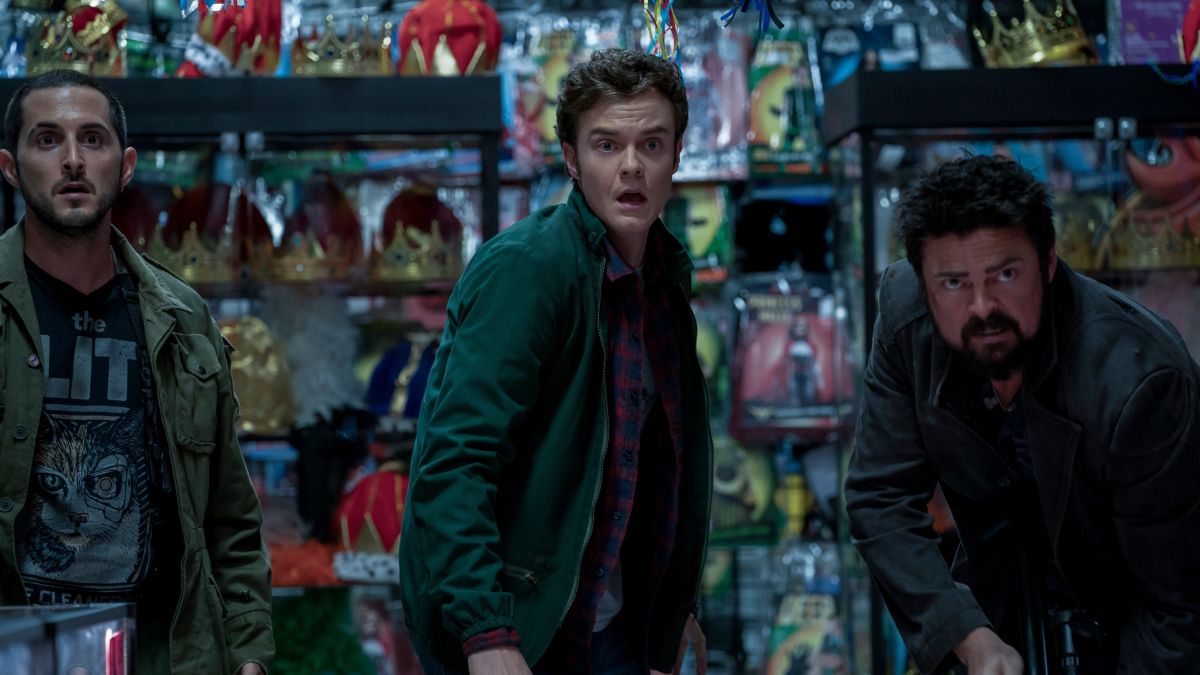 The gang is back together.

Warning: spoiler alert for episode 2 of the second season of The Boys.

After having Butcher back, the Boys start to sort out their plan to stop the supe terrorist and uncover what Vought is up to. We are still in the very early stages of the season (I would expect that by the next episode we will already be full steam ahead into the main storyline), so there is a lot of set up still going on, especially in terms of characters and conflicts for this season. Let’s break it down.

Annie continues with her journey trying to get her hands on some Compound V to give to Hughie (because that’s what heroes do). Her conflict came in as fast as the A-Train runs into a press junket to surprise her and also send a message: he can be anywhere when you least expect it. And that does happen, actually. A very interesting power dynamic is set up between Annie and A-Train, with her coming on top at the end of the episode, but I expect that to be shifting all season long. It also helps develop her character quite a lot and positions her in a whole new place.

Anthony Starr is once again the standout of the episode in terms of performance, with his ability to always surprise the audience, who never knows what is going on in his head. It is clear by now that he cares about his son (why that happens is still a mystery to me, but I would guess it’s because he wants the heir of his powers to have a better childhood than he had), but I fear for Becca because I still don’t know how much Homelander thinks she is necessary. I keep picturing him killing Becca when she wrongs him and then flying away with his son.

We also finally got some insight into Maeve’s relationship and why she decided to end it back then – out of fear that Homelander would kill his girlfriend. I’m hoping for a big arc for her this season, but as always with this show, all bets are off. Homelander could kill her and finally break Queen Maeve (who knows what could happen). I cannot wait to see what happens next.

The Deep is also going through some stuff in his path to self-acceptance, and his arc right now is by far the most interesting one from an intellectual point of view. And this brings me to one of my pet peeves with this season so far. It is still stronger than most shows out there, but so far it lacks the social commentary and big critiques to all of its audiences the first season had. However, I must admit, it is still very early on, and we are definitely in for a treat. Deep’s arc is the most social-conscious by far, and one could argue Maeve’s and Annie’s as well, with the first one fighting for lesbian power, and the second one, fighting male oppression. But I still have to see if they are going down that route.

This episode also had what is now my favorite Billy Butcher scene (aside from the scene in the first season in which he told a priest why God was a c-word), the one in which he reveals to the Boys that Becca is alive. Karl Urban’s performance was as poignant as it has ever been in that scene.

Another subplot I’m still waiting to see play out is Kimiko’s. Obviously, in this episode, she finds her brother, who she had been looking for since we met her, and then she was forced to fight him and knock him down, which was emotionally devastating for her. However, I hope the Boys start connecting more with her, because I’m getting tired of the whole thing of her trying to say something and nobody understanding her.

Overall, I think I have to wait for the next couple of episodes to see how this season is playing out, but so far I’m into it.