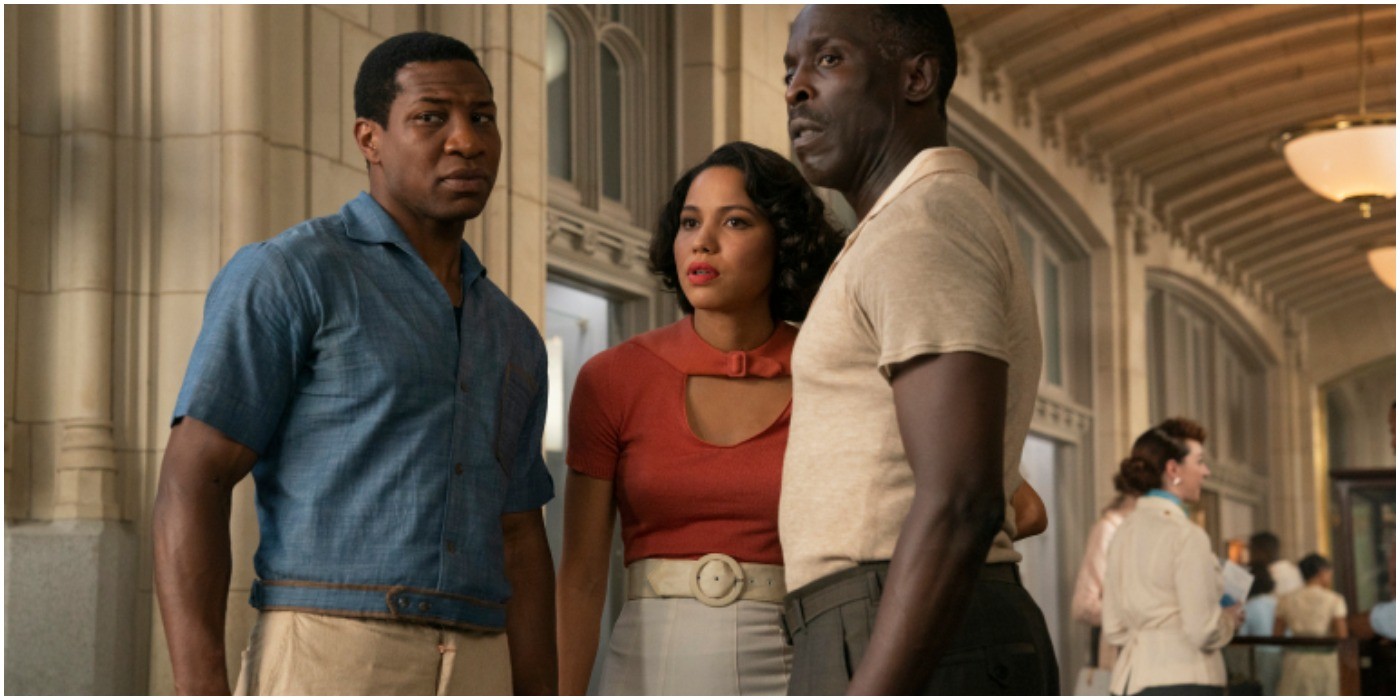 Lovecraft Country confronts the contrasting realities of America through the lens of genre tropes, mostly horror. In the fourth episode, it’s Indiana Jones.

Lovecraft Country proves not to be an anthology show after all in its fourth episode. Last week, it seemed the show might opt for a story-of-the-week concept after blowing through what seemed to be its overarching plotline in the second episode. Neither ended up being the case.

The show does seem intent on shifting genres every week. Episode three was a haunted house. Episode four is a straight-up adventure serial, with beats and gags right of the Indiana Jones films. Even the music shamelessly echoes John Williams. It’s all brilliantly pulpy.

This show continues to be amorphous and undefinable, but always fun. It’s not necessarily perfect, and this week shows some evidence of strain in the plot and execution of the series so far. There is simply too much going on, and the show moves too fast to appreciate all of it. 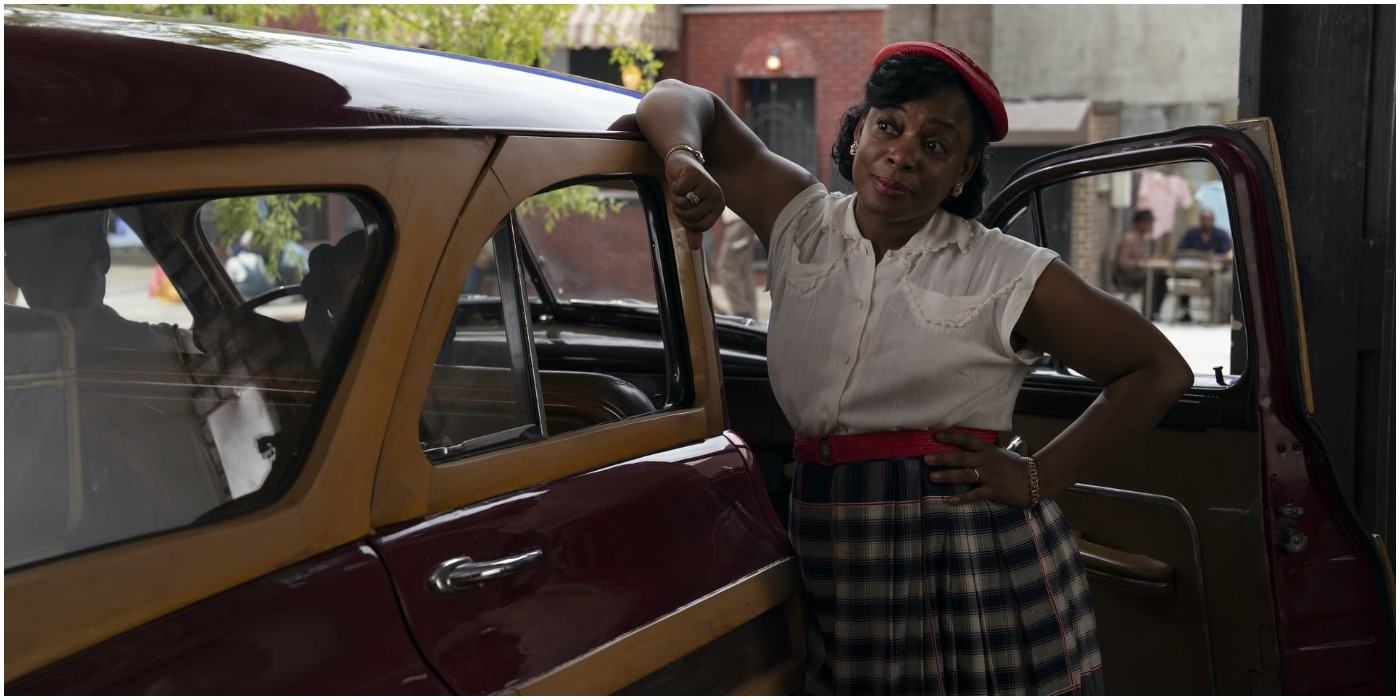 This episode essentially follows Tic, Leti, and Montrose Freeman to Boston, who want to find the missing pages of Titus Braithwaite, founder of the evil and mysterious Order of the Ancient Dawn. His daughter Christina wants the pages back to… do bad things, and Tic wants them because he wants her gone.

He can’t kill her, and she’s applying pressure just simply by showing up. She also pays a housecall to Leti, who she gave the money to buy the house last week. Christina wants the house presumably because of its supernatural elevator – more on that later – but she can’t cross the threshold.

Christina is apparently able to cross others, though. She haunts Chicago on her own until William shows up. He walks out of a scene she walks into, and the two are never seen on screen together. Are they one and the same? Her frustration it seems is in not being a man. 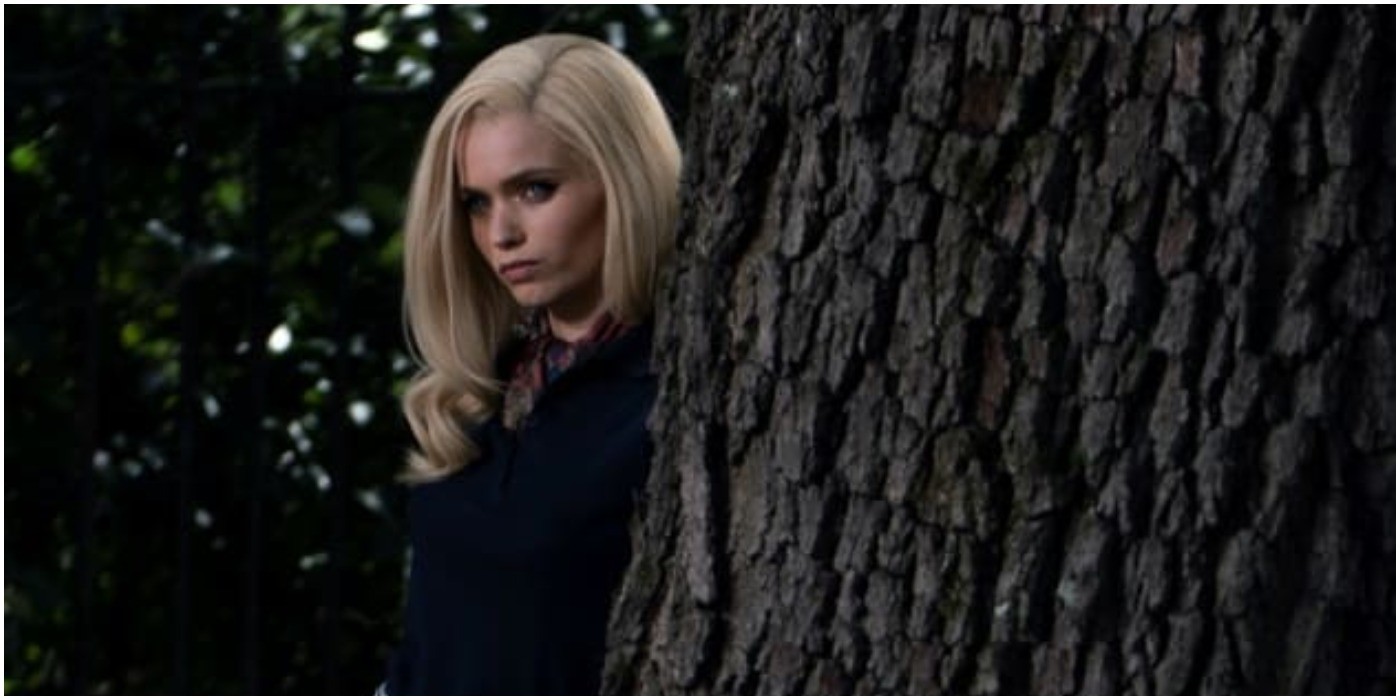 Gender becomes a major concern of the show in its closing moments. After a fun and rousing obstacle course through the underworld of the museum that includes direct callbacks to Indiana Jones and The Last Crusade, the heroes find the missing pages. And someone new.

Tic, Leti, and Montrose find the pages in the hands of a petrified corpse, who then suddenly contorts back into life. It’s very Sam Raimi and Evil Dead in its depiction, with jerky stop-motion animation movements that are nevertheless rendered in CGI.

This corpse reanimates into the form of a person who is manifestly of indeterminate gender. The character – a Native American person named Yahima – says they are “woman, man, Two-Spirit.” Yahima accompanies them out of the museum, up the elevator, and directly back to Chicago. 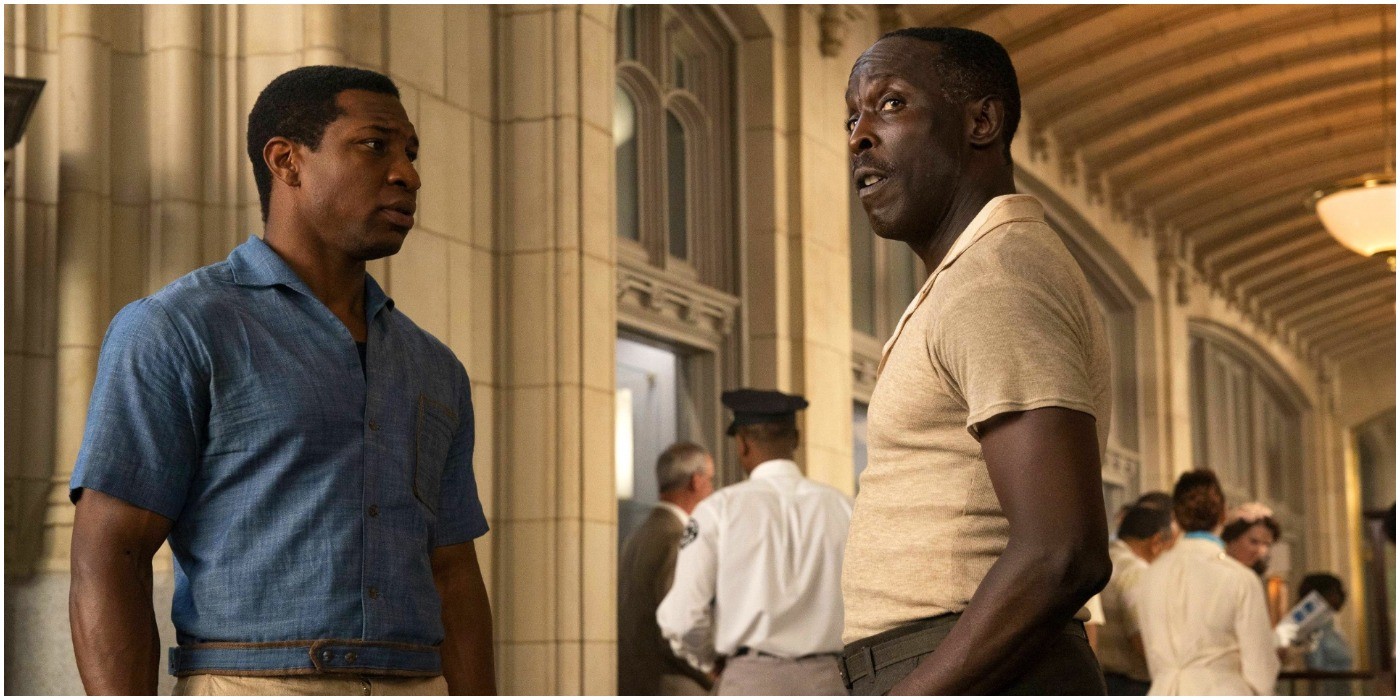 And then Montrose murders them, evidently because Yahima harbors some secret that they are trying to keep. Montrose is an interesting character, whose motives and objectives remain a mystery, but this act felt needless. Given the show’s politics, the murder of a LGBTQ person right after their introduction feels at the very least problematic.

I suspect that Yahima is not really dead – they did debut as a corpse, after all – but it still doesn’t work. Montrose knows something about all this Braithwaite business, but he is too willing to go along when the plot needs him and too obstructive when it needs something else.

This feels especially cloudy given that the show continues to give strong indications that Montrose is gay himself. Nothing is perfect, and the show presents the stark reality of the 1950s for African-Americans as much as it does a surreal sci-fi pulp, but here the two clash too much. 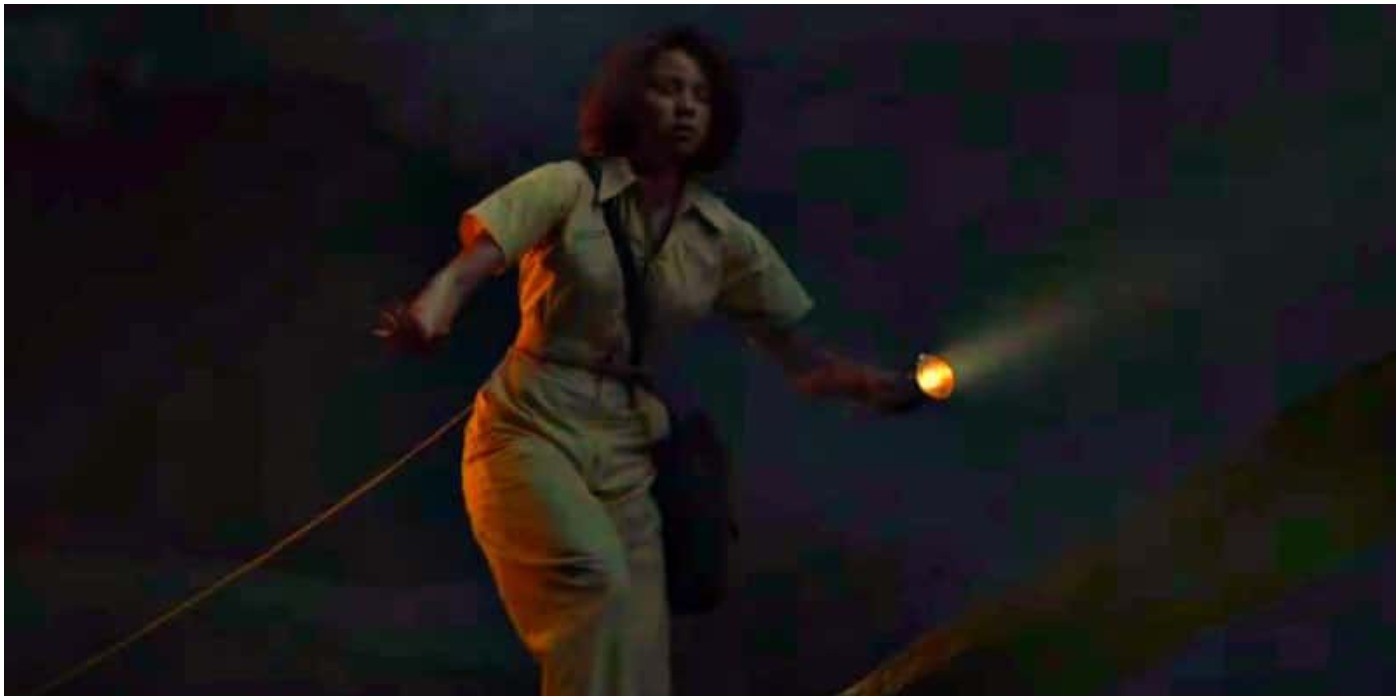 The elevator from the basement of the museum – and really maybe from the depths of Hell, who can say – up into Leti’s new house is a great concept. It arrives, like a lot in this show, without explanation, but I imagine this will get a lot more attention going forward.

Another mysterious aspect of the plot involves Hippolyta and the mysterious orrery she possesses. Her curiosity about astronomy is shown to be much more; she tells Dee in the museum’s planetarium that she named a comet, but the name was attributed to a white girl from Sweden instead.

Christina Braithwaite also wants the orrery, for reasons unknown. Some kind of astronomical event likely factors into the ultimate plot of the season, as Hippolyta speculates the solar system may contain another sun (though she also talks about other galaxies). 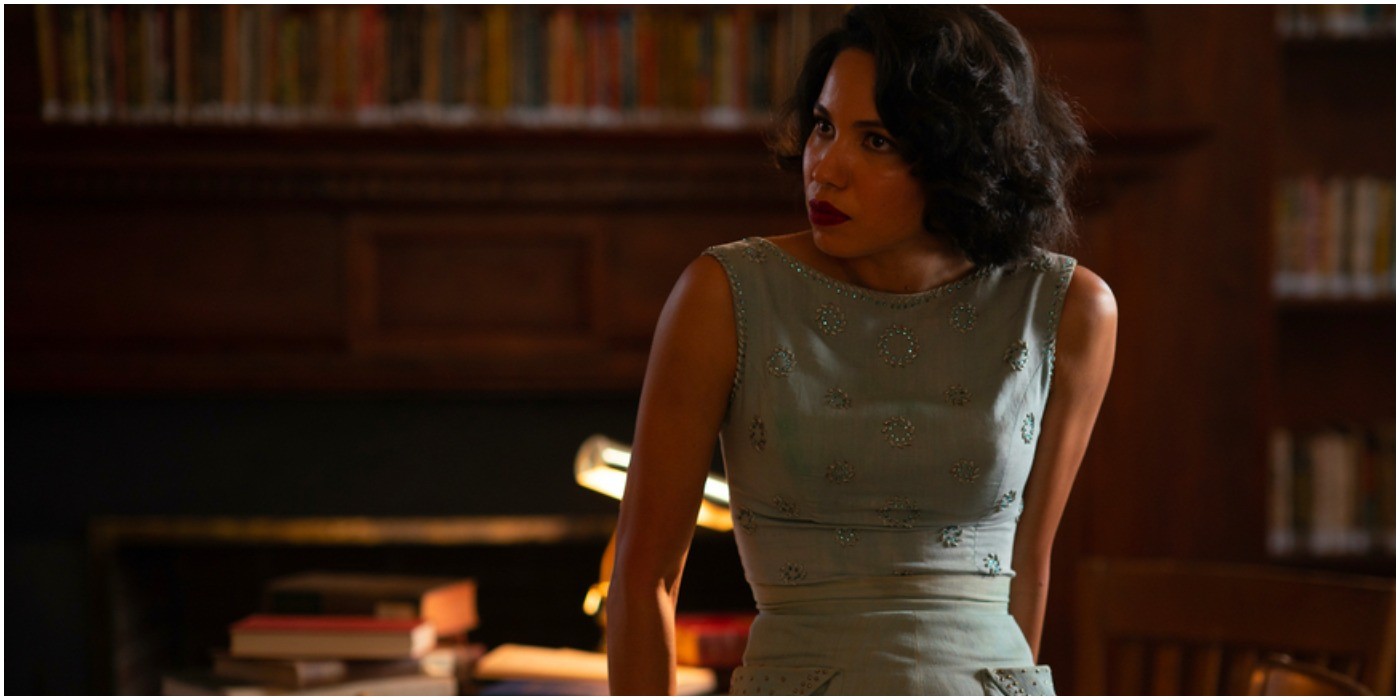 At the end of the episode, Hippolyta and Dee head off for Ardham to investigate the death of George Freeman. I suspect George isn’t dead either, as death is not a permanent condition in this show. It’s hard to see how all of this comes together right now, though it’s fun to watch.