‘Mulan’ Review – Honoring the Original Instead of Repeating It 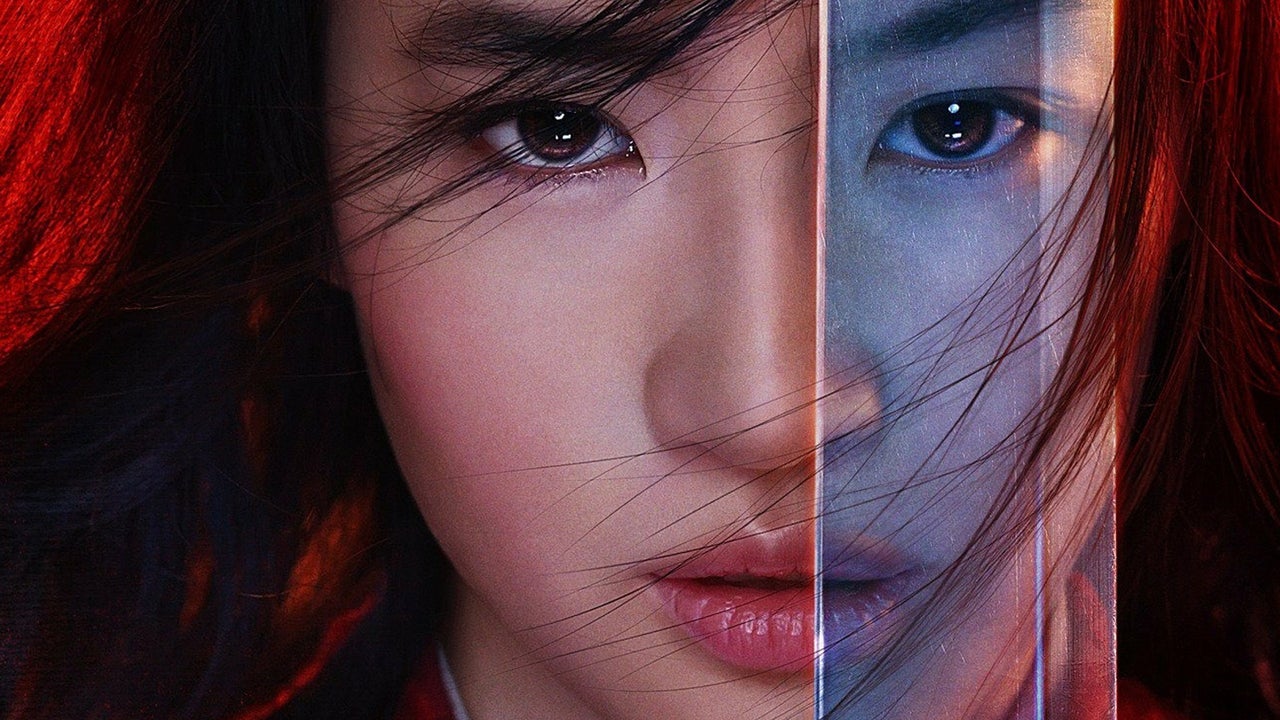 In an ideal world we’d have been sitting down in crowded theater to enjoy Mulan on the big screen back in March. And have no doubts, the glorious visuals of Niki Caro’s live action adaptation deserve to have been seen on the big screen. Sadly, that was not to be. But the long wait is finally over as Mulan hit Disney+ on Friday as the first ever Premier Access movie on the streaming platform. So has Mulan been worth the wait? And, more importantly, is the movie worth it’s premium price tag, or should you just wait for it to stream for free in December? Does Mulan succeed in bringing honor to us all?

By now, you will almost certainly have your own thoughts on Disney’s many live action remakes. What started as a seemingly Wicked inspired experiment with Maleficent has turned into a tidal wave. Last year alone saw three live action remakes hitting the big screen and a fourth as part of the launch lineup for Disney+. These adaptations have run the gamut from complete re-imagining (Maleficent) to almost frame by frame recreations (The Lion King). And now we have Mulan. With the removal of some of animated film’s key characters, Niki Caro’s live action adaptation is easily the most original reinterpretation since Maleficent. Whilst it stays faithful to the overall story of the animated movie it is not a slave to it, allowing this adaptation to find it’s own voice and offer something new, whether you grew up on the original like I did or are seeing Mulan for the first time with this live action telling.

Mulan tells the story of Hua Mulan, a young woman who disguises herself as a man in order to save her elderly father when one man from every family is conscripted to the Imperial Army to save China from Rouran invaders. Whilst Disney’s animated adaptation is clearly the main source of inspiration, writers Rick Jaffa, Amanda Silver, Lauren Hynek, and Elizabeth Martin also looked to the story’s original source, The Ballad of Mulan, when crafting this new iteration of the fabled heroine. Gone are the animated sidekicks, Mushu and Cri-Kee, and the popular songs. Mulan’s journey here is more isolated, the film eschewing the larger than life feel of an animated musical for the more grounded realism of live action. Restored is Mulan’s traditionally accepted family name, Hua, along with her sister. The invading Hun army is replaced by the Rourans, reflecting the belief that the original Ballad of Mulan refers to the historical conflict between the Tuoba realm and Rouran invaders. Added too is Xianniang, a witch with the Rouran invaders whose story provides a counter point to Mulan’s own. If you’ve seen the animated film you know how the story goes, but it still feels fresh and new.

As Mulan, Yifei Liu carries a quiet strength, to quote a line from both versions of Disney’s Mulan “tranquil as a forest, but on fire within”, equally capable in the film’s big action sequences and during the smaller, character moments. Unlike her animated counterpart, Liu’s Mulan struggles with her deception almost from the start. Her disguise brings moments of humor, like when she chooses guard duty over sharing a shower with her new found comrades, but her guilt weighs stronger. Guided by the three virtues – loyal, brave, and true – her Mulan can be a great warrior but, as Gong Li’s Xianniang tells her, she cannot fully embrace her power until she embraces who she is. Li’s Xianniang then offers the counterpoint to Mulan’s character. Whilst in traditional folklore Mulan and Xianniang are portrayed as blood sisters, here Xianniang is a witch working with the invaders. Unlike Mulan she embraced her power and it made her an outcast. The contrast between the two and how their arcs play out is well done and brings an added depth to Mulan’s decisions having seen where that path may lead.

For the live action adaptation Li Shang is replaced by two characters – Donnie Yen’s Commander Tung and Yoson An’s Honghui – splitting the role of commanding officer and love interest. The split works well, with both characters equally served by the script. The love angle is portrayed more subtly than it was in animation and Yen gives an especially strong performance as Tung. However, I do feel that splitting Shang in two, whilst understandable, did take some focus and development away from the other members of Mulan’s unit. Yao (Chen Tang), Ling (Jimmy Wong), and Chien-Po (Doua Moua) are all here, along with the surprise addition of Cricket (Jun Yu portraying a human version of Cri-Kee), and help bring some levity to the story, but feel under served when compared with their animated counterparts. 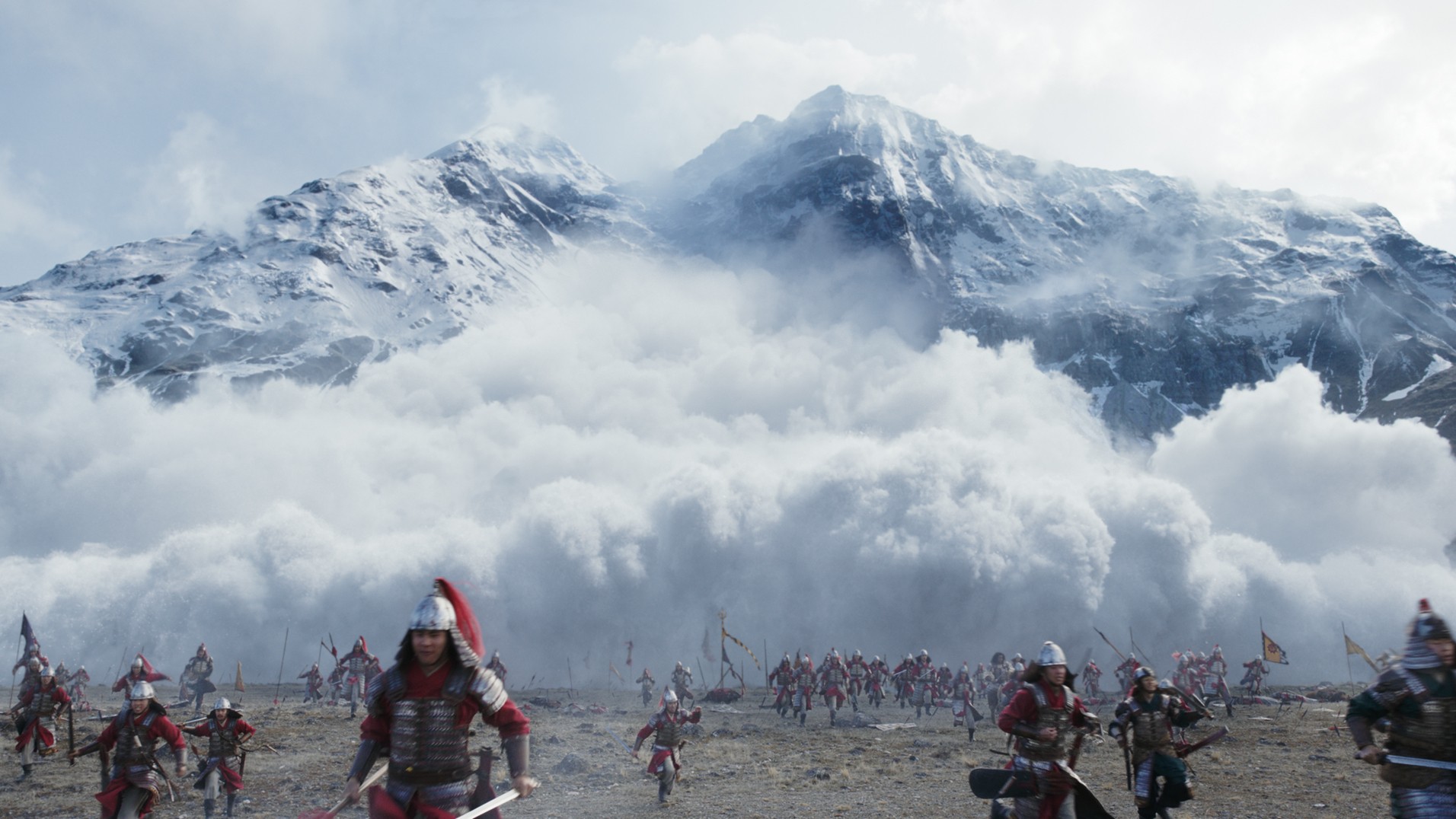 Visually, Mulan is simply gorgeous to behold. Like I said at the start, this movie deserved to be seen on the big screen and seeing the “Optimized for IMAX” logo at the end of the credits sent a small pang of pain through my heart knowing we’ll never get to see it the way we should have. From grassy fields and snowy mountains to the Imperial City, Mulan‘s China is visually stunning. And whilst this is certainly true during the exhilarating and acrobatic action sequences, it is perhaps most noticeable in the film’s quieter moments like such as when Yifei Liu’s heroine learns to embrace her chi and finds her center. Inspired by the wuxia style, first introduced to western audiences by Ang Lee’s Crouching Tiger, Hidden Dragon, the action itself is suitably epic, as befitting the story of Mulan, with the almost super natural abilities of Liu’s Mulan and Li’s Xianniang explained away by their ability to harness their chi as only the greatest warriors can. The iconic battle in the mountains, expanded here to be an even larger action set piece, is one of the highlights of the film. There’s a change here as to how Mulan’s true identity is revealed, where her character arc and the theme of being true to yourself combine, and the Reflection score kicks in as she rides back into battle. It might not land quite the same without the nostalgia attached to the music, but it’s a great moment as all those elements come together and as a Disney fan I couldn’t help but smile as I watched it.

The score by Harry Gregson-Williams is largely original, including a fantastic piece as the soldiers begin their training, but also includes moments of the classic melodies that fans of the original will recognize. Honor to Us All plays as Mulan prepares to meet the Matchmaker and Reflection features prominently throughout the movie. In fact Reflection is so prominent I can’t help but feel it may be been better if they had found a way to include at least part of the song near the beginning, so that when the score kicks in full force later it holds greater meaning for those who didn’t grow up with the original. But this could also affect the tone of the whole movie, so perhaps it is for the best that they didn’t. 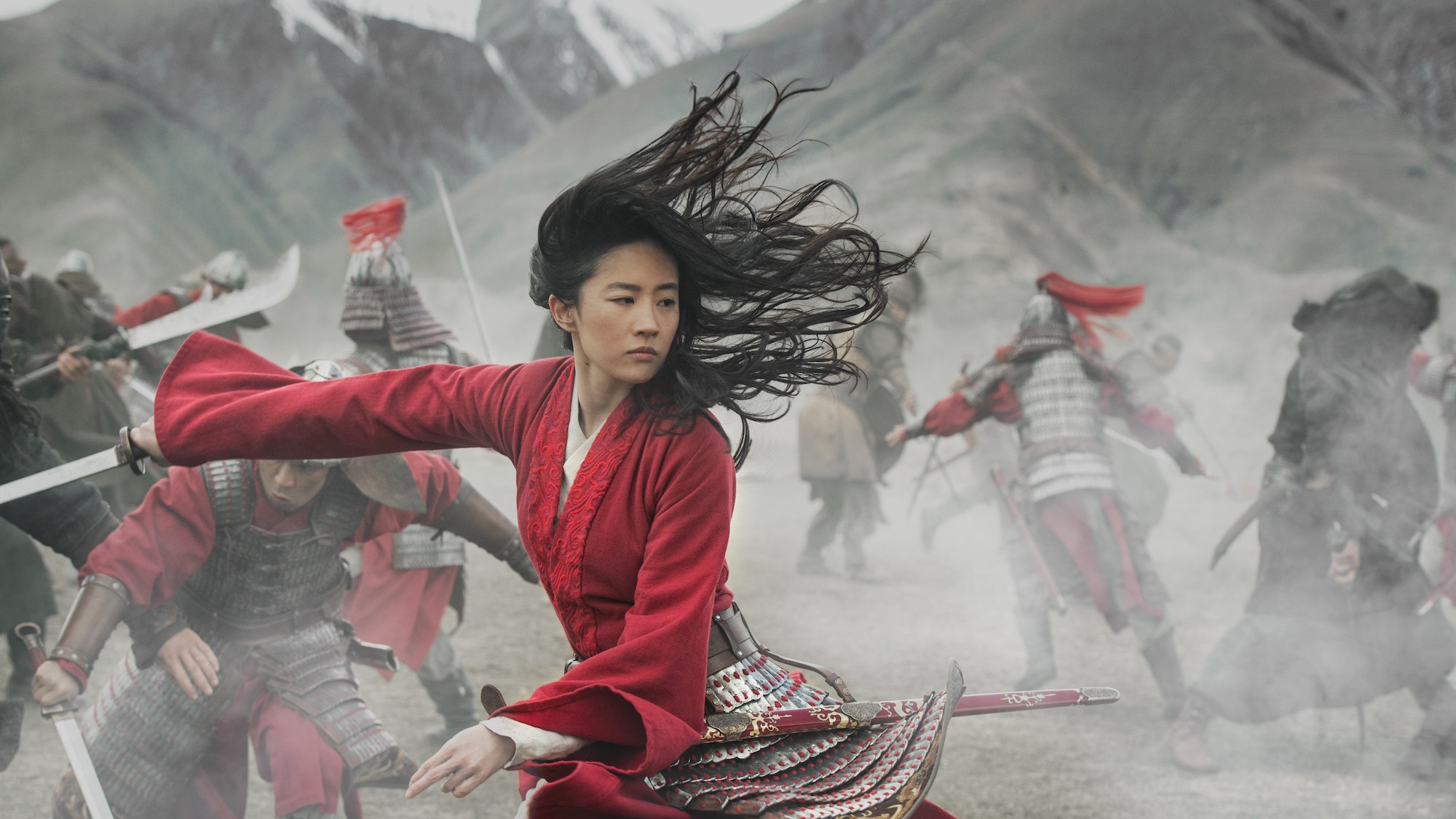 Being a Disney live action remake you can’t get away from comparisons with the animated movie but Mulan truly does stand on its own, respecting the original whilst bravely forging its own path and is stronger for it. With an all Asian cast and the largest production budget ever afforded to a female director, Niki Caro has delivered one of Disney’s best live action adaptations at the same time as making Hollywood history. If things had been different I do believe that we could have been looking at another Aladdin where strong word of mouth would have led to a long and successful box office run. But, to borrow a quote from the original, “the flower that blooms in adversity is the most rare and beautiful of all”. Whilst this film deserves to have been seen on the big screen, that is not the world we currently live in. All I can do is highly recommend that you watch it on Disney+, it’s well worth the asking price.

Mulan is available now on Disney+ with Premier Access and will be available to all Disney+ subscribers from December 4.