Netflix Releases a Trailer for ‘Enola Holmes’ Amid Legal Claims 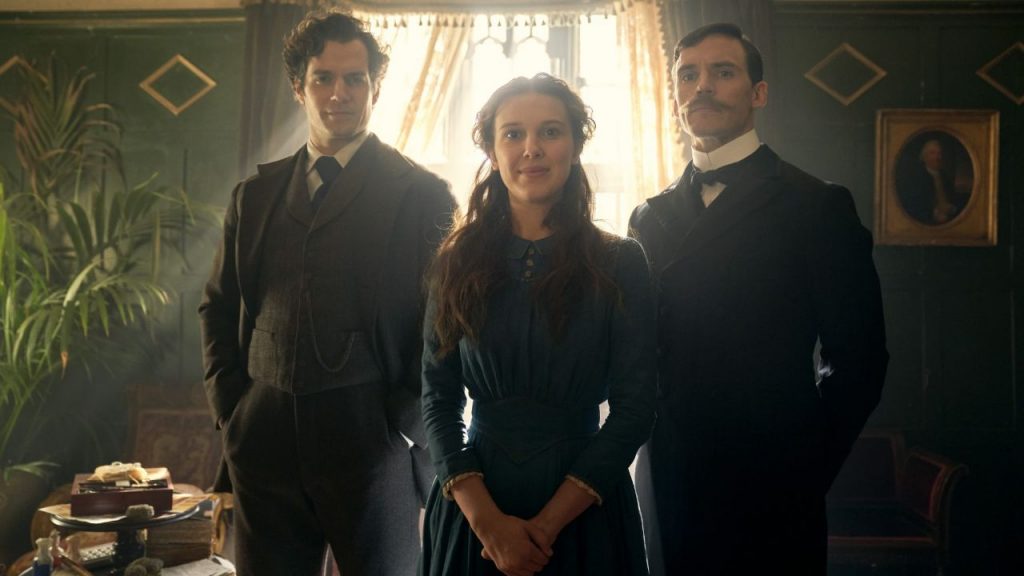 It’s time for Sherlock Holmes’ lesser-known sister to shine, but the Conan Doyle Estate wants to ruin the fun.

Roughly two months after Netflix released a set of pictures of Enola Holmes, and one week after the official poster hit, we have finally received the film’s first trailer, which gives us an in-depth look at its plot and colorful cast:

It certainly looks like an uplifting and agile film that offers a new spin on the classic Sherlock Holmes stories. The Millie Bobby Brown-led adventure, which finds Enola searching for her mother as she outwits her two brothers, has been directed by TV veteran Harry Bradbeer (Fleabag, Killing Eve). Jack Thorne (His Dark Materials, The Eddy) penned the script, which is based on Nancy Springer’s famous novels. Henry Cavill and Sam Claflin play Sherlock and Mycroft Holmes, respectively. Helena Bonham Carter, Burn Gorman, and Susan Wokoma, among others, round out the cast.

Unfortunately, the Conan Doyle Estate is giving Netflix and Legendary, the studio that produced the film, a bit of trouble. They claim that the film’s depiction of Sherlock Holmes, who is a public domain character, violates elements from ten stories which are still owned by them. It’s not the first time they have given a film production this kind of trouble, as 2015’s Mr. Holmes was also hit by a similarly abstract lawsuit.

Sir Arthur Conan Doyle lost his eldest son, Arthur Alleyne Kingsley, and his brother, Innes Doyle, during World War I. When he resumed his work on Sherlock Holmes stories which are copyrighted to this day, he made the titular character more human and empathic. Enola Holmes, both the film and the novels, apparently work with a similar version of Sherlock, so Doyle’s estate wants Springer and the filmmakers to pony up.

Regardless of the result of this battle over petty details, Enola Holmes arrives on Netflix on September 23.