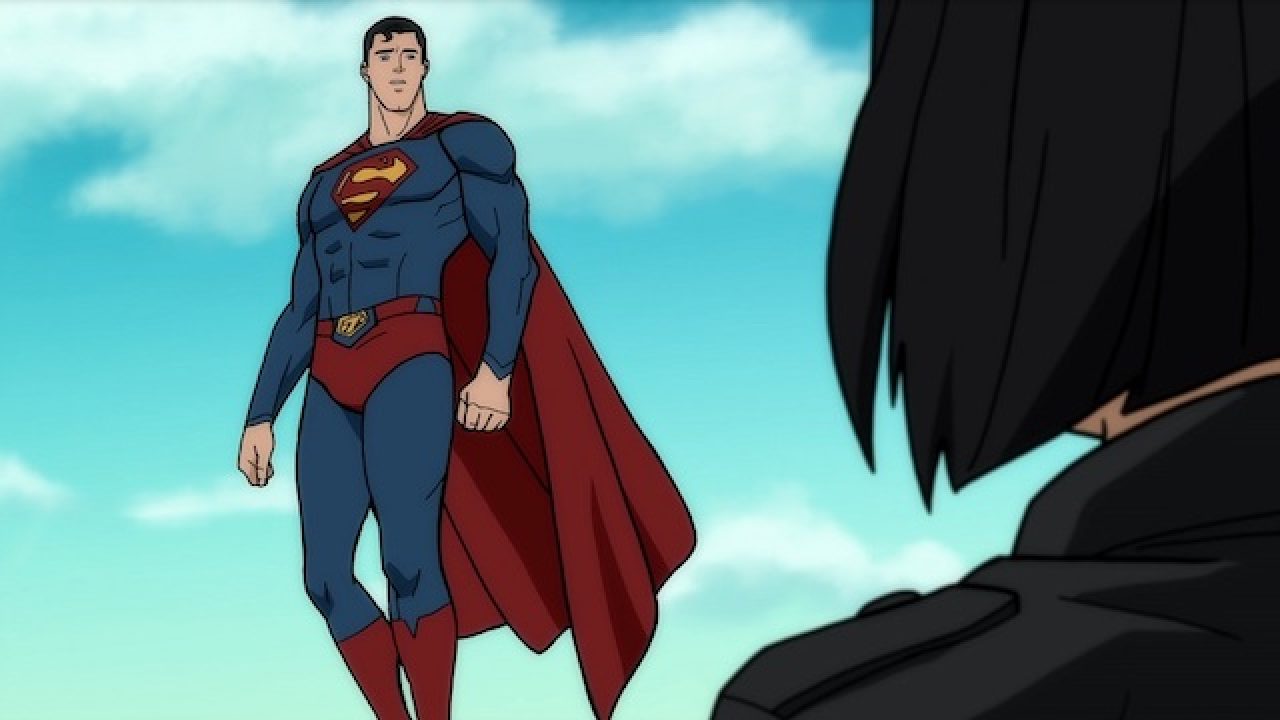 After almost forty movies over the last thirteen years it’s hard to believe that DC’s Original Animated Movies haven’t tackled the origin of Superman before. That changes with Superman: Man of Tomorrow as WB Animation bring a new cast and a new look to their animated line.

I grew up on DC Animation. Like many fans my age, the classic Bruce Timm animated series played a large part in my childhood. I’ve followed DC’s animated movies since they began as stand alone features with Superman: Doomsday, and as they evolved into their own animated universe with Justice League: The Flashpoint Paradox. Now they are evolving again and I was both curious and excited to see what Man of Tomorrow would do with these timeless characters.

The film opens, as origins often do, with Clark’s childhood. Watching an old sci-fi movie at a friend’s house, Clark begins to cry as the alien is depicted as a monster, something humanity should be afraid of. It’s a short but effective scene, driving home that Clark identifies with the alien. He is the other and he fears that people will see him as a monster. 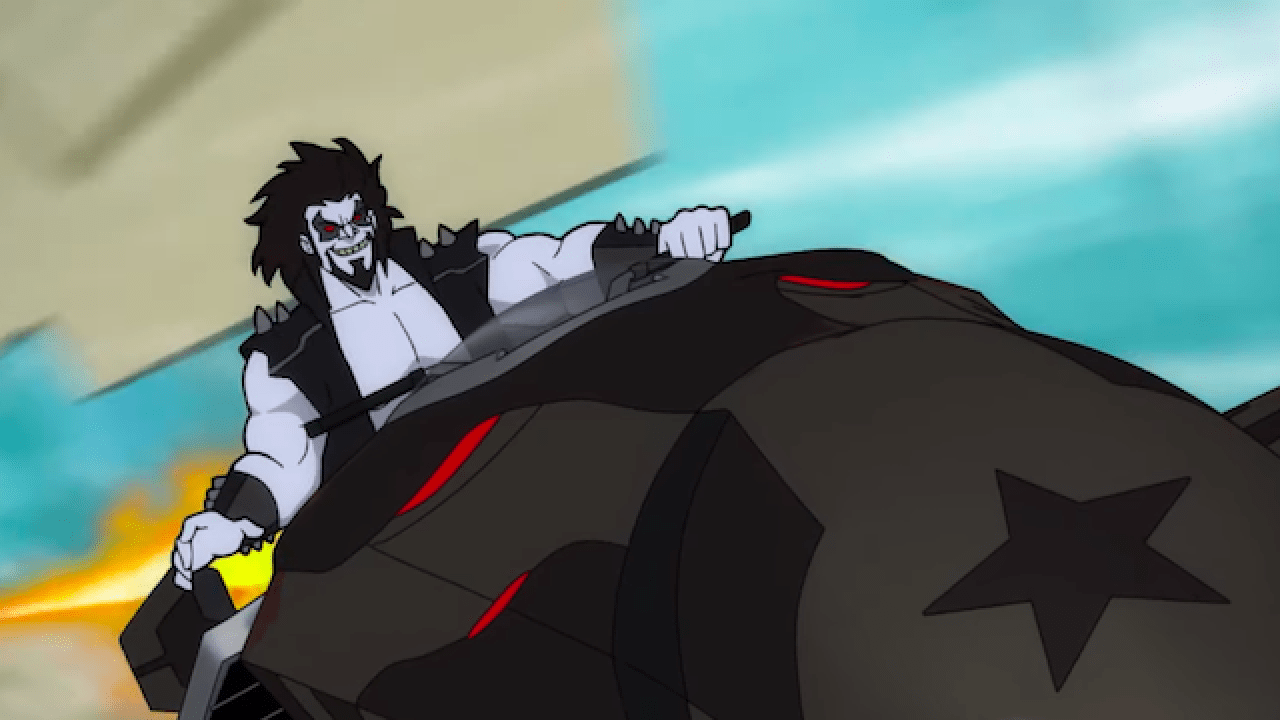 This fear of the alien is a theme that carries through the film as we move into the present day. As the “Flying Man” of Metropolis Clark is helping people and, after a ferocious battle with Lobo, slowly winning them over as a champion of the people. But in the same battle he sees the fear people have, not just for Lobo but also the Martian Manhunter, who reveals himself to the world in order to save Clark’s life. Clark then faces a choice, does he reveal himself as an alien and risk humanity’s fear and hatred, or does he stay silent and let them think he is human? As Jonathan Kent tells him neither choice is wrong but both have consequences and he has to make the choice. We all know which choice Clark will ultimately make, but it’s the journey to that choice that I really loved to see in this movie. In Man of Tomorrow Clark has already made the choice to be a hero, it’s his struggle with his identity as an alien that drives his arc in the movie and feels extremely relevant to the world today.

Which brings me to Darren Criss. When Criss was first announced as the voice of Superman I was surprised. Glee’s Blaine as the Man of Steel?  I loved Glee but I was skeptical (I’d also forgotten that he voiced Raphael in the criminally overlooked Batman vs. Teenage Mutant Nina Turtles). A new Superman needs a new voice and, whilst Criss’ voice doesn’t have the older, mature sound of George Newbern or Jerry O’Connell, it’s a perfect fit for this younger take on the character who’s just starting out and finding his place in the world. His is a Superman who can still go to his parents for advice, something I’ve missed since Lois & Clark, and a Clark who’s still an intern and learning the ropes at the Daily Planet. It’s a new energy for the character and I really enjoyed his performance.

The rest of the cast is equally fantastic. Like Criss, Alexandra Daddario brings a more youthful energy to Lois Lane. Her Lois might be just starting out but she’s already making waves in Metropolis and at the Planet. I loved the relationship between her and Clark, and how the film plays with the classic triangle between Lois, Clark, and Superman. Zachary Quinto knows how to play a great villain and his Lex is no exception. I don’t want to get into spoilers but I really enjoyed what Man of Tomorrow did with his character and the Lex/Superman dynamic that was set up here.

Ike Amadi and Ryan Hurst both give solid performances as Martian Manhunter and Lobo respectively. In a movie about Superman coming to accept himself as alien, making his first ally the last Martian and his first adversary the last Czarnian was a smart choice. As was the use of Parasite, a human threat that looks alien, for the second antagonist of the film. Brett Dalton does a fantastic job of humanizing Rudy Jones before his transformation. Whilst Rudy is usually depicted as a jerk and potential villain even before he becomes Parasite, here he’s more likable and shown to be a good man. Combined with Dalton’s performance it makes you empathize with the character and route for him to be saved after his accident. 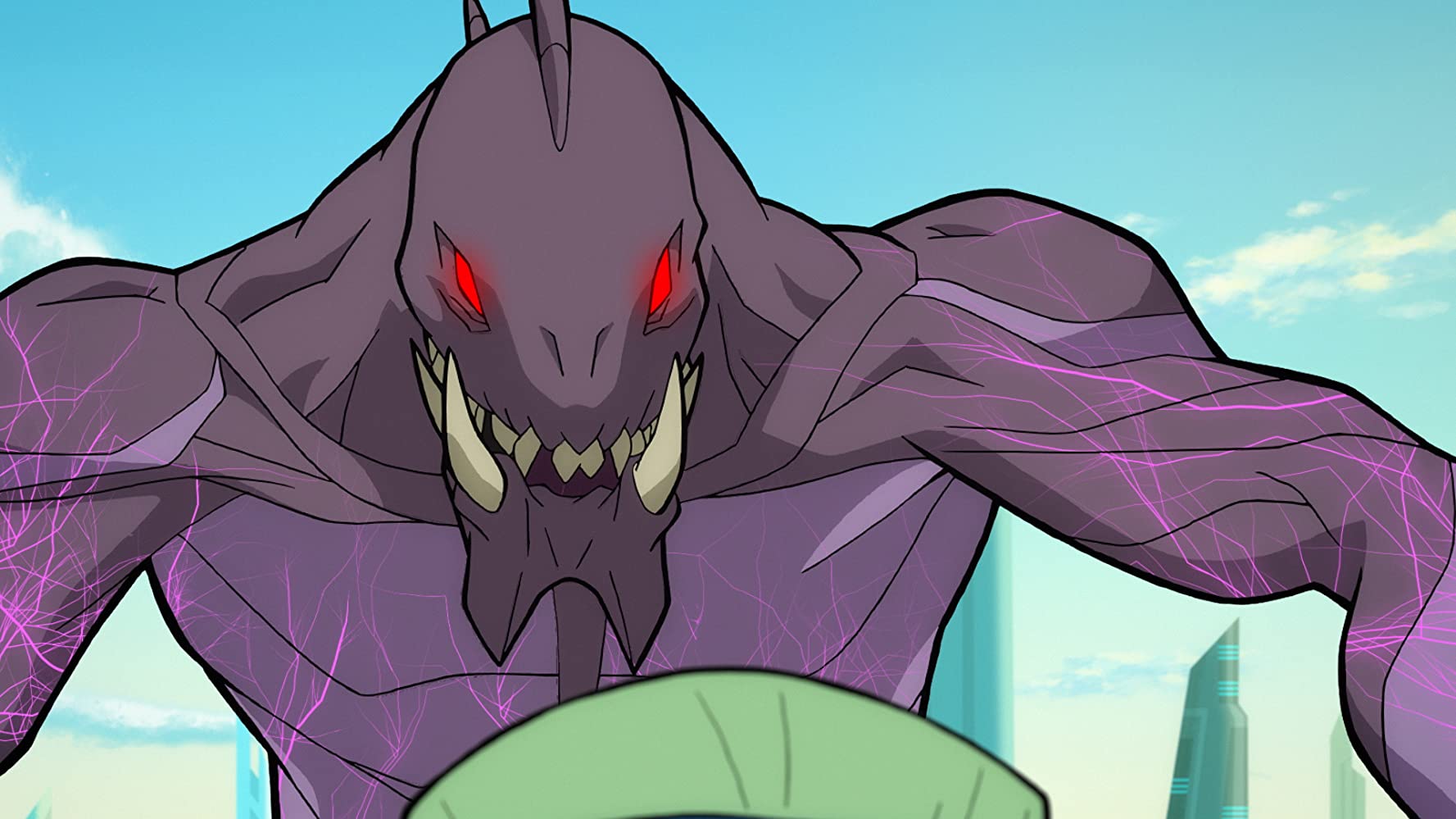 The new animation style is a big departure from the signature style of the previous series, which ran from 2013’s The Flashpoint Paradox to this year’s Apokolips War, and did take me a moment to get used to the new look, but once I did I absolutely loved the change. It has a more comic book feel to it and, whilst it’s not quite as fluid as the previous anime style, it looks gorgeous in motion. Whilst DC’s direct to video line is never going to rival big screen animation this does feel like a nice step up in quality and the bright colors of Metropolis really pop off the screen.

Man of Tomorrow is Chris Palmer’s first time in the director’s chair for DC, having previously served as a storyboard artist on Justice League vs. Teen Titans and Young Justice, and the second film for writer Tim Sheridan after last year’s Reign of the Supermen. Drawing a lot of inspiration from Max Landis’ Superman: American Alien and some from Mark Waid’s Superman: Birthright, the two have crafted a modern origin for the world’s oldest super hero that hits all of the beats and characters you’d expect without feeling like a retread of what’s been done before.

It’s still unknown whether Man of Tomorrow is a stand alone adventure, the start of a new Superman series of movies, or even the start of a new shared animated universe and the truth is it works equally well as any of these. Personally, I hope that it’s not a stand alone. I loved Man of Tomorrow and would love to see this cast and creative team get to explore these characters further.

And if you want to learn more about the making of the film, IGN have teamed up with DC to premiere the Man of Tomorrow panel from next month’s DC FanDome: Explore the Multiverse event where the cast and creative team discuss making the movie and reveal what’s coming next year from WB Animation.