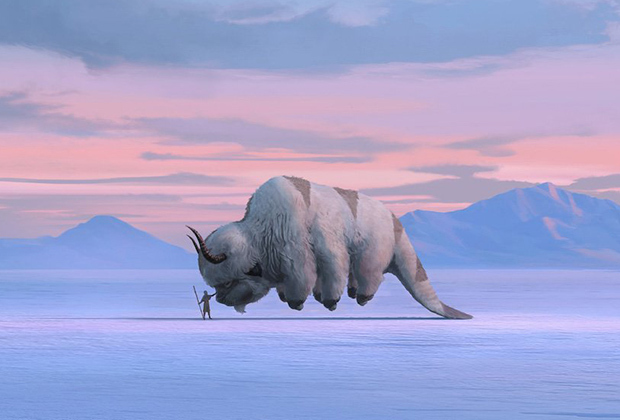 One of Netflix’s biggest assets for remaking Avatar: The Last Airbender in a live-action capacity after Paramount’s critically-panned film adaptation were the involvement of the show’s creators, who had nothing to do with the Razzie-winning movie. Unfortunately, they have left the series over creative differences.

Avatar has proven to be a popular part of Netflix’s streaming library since the series hit the service earlier this year, and that popularity is likely to continue to be of benefit to Netflix with the eventual arrival of The Legend of Korra, the show’s sequel, this Friday. But that may be at risk with Avatar franchise creators, Michael Dante DiMartino and Bryan Konietzko, publicly announcing that they would no longer be involved with the live-action version of the series. This is no cordial exit, either – both DiMartino and Konietzko, who stood by the movie until after it was released, have voiced their disappointment with Netflix in not wanting to stick with their vision and indicated that they weren’t working in a positive environment. Check out what they had to say below:

Well, friends… there you have it. Big sigh. 💔⬇️💔 I’m sure many of you will understandably want to know more and will ask me questions in the comments, here and on subsequent posts and live-streams and in-person encounters and everywhere else ad infinitum. I wish I could explain things in greater detail, but the above statement is really all I can say about the matter so I won’t be answering any of those. I encourage you to head over to my partner Michael DiMartino’s account to get his take on our departure too: @mike_dante_d Thank you from the bottom of my heart to all of the Avatar: The Last Airbender fans, and I’m sorry our involvement in the live-action project did not work out. Time to get on with my life. Onward and upward. 💙 Love, Bryan #avatarthelastairbender #cocreators #michaeldimatino #bryankonietzko #bryke #atla #liveactionseries #netflix

In response, Netflix released a statement indicating that the Avatar IP is incredibly valuable to them via The Hollywood Reporter:

“We have complete respect and admiration for Michael and Bryan and the story that they created in the Avatar animated series. Although they have chosen to depart the live-action project, we are confident in the creative team and their adaptation.”

What the tipping point for DiMartino and Konietzko was remains a mystery for the time being. It could be a matter of Netflix wishing to cast non-Asian actors for the show, which is something that proved to be controversial when the casting agency for the movie engaged in the practice. Some have also speculated that Netflix may have pressured the creators to appeal more to shipping communities, which have been a source of controversy in the fandom. Whatever the case may be, one thing that’s clear is that the Avatar fanbase, having been burned before, has not taken well to this news. It remains to be seen if Netflix can patch things up with the creators, who likely have the leverage of the fanbase on their side after making these statements, but the people working on the series are not in an enviable position right now.

The live-action Avatar: The Last Airbender remake series is in development at Netflix. The original series, along with the live-action movie, are available to stream right now. Avatar: The Legend of Korra will be joining Netflix on August 14.