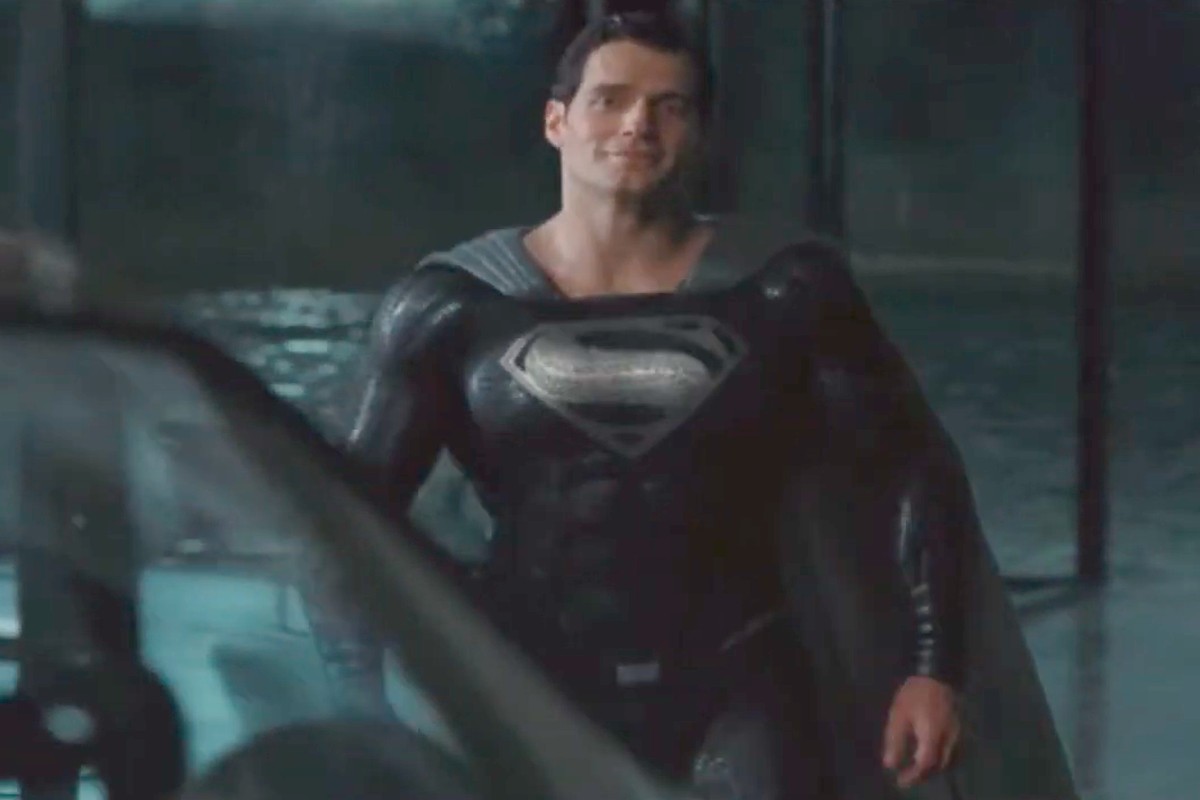 SDCC’s Comic Con at Home wasn’t the only virtual convention on the world wide web last weekend. The first ever Justice Con also took place, and the fan run event may have given SDCC a run for its money in creating the biggest slash of the weekend as director Zack Snyder joined the festivities and brought with him the first footage of Superman in the black suit he wears following his return from the dead in the director’s cut of Justice League.

The scene the clip, which is best viewed at 38:00 in the video above, is from should be instantly recognizable to anyone who saw the SDCC trailer for the theatrical Justice League. That trailer ended with Alfred (Jeremy Irons) speaking to a mystery figure and caused an intense debate amongst fans over whether he was speaking with Superman, due to the hit of an out of focus red cape and the use of the word “hope”, or whether it might just be a Green Lantern, thanks to the light reflected in Alfred’s glasses and an early BvS teaser poster that said “Unite the Seven”. When the topic of actual Green Lanterns came up, Snyder was quick to move the conversation in a different direction with a jokey “well, anyway…” The full scene later was released as a deleted scene on the theatrical cut’s blu-ray release, which you can see for comparison below:

After changing Superman’s suit from its iconic blue to rebirth black, which Snyder notes was something he had hoped to do in post-production after Warner Bros. insisted on the classic suit during filming, the biggest change is the aspect ratio of the footage. During his panel Snyder discusses falling in love with the “big square” of full screen IMAX over the more traditional, thinner widescreen look. Part of the post-production work he is now doing on his Justice League is to restore the full screen look that the film was shot in. It was actually a really interesting part of the discussion as Snyder broke down the differences and revealed how movies shot on film are always full screen and part of the picture is then covered to create the widescreen look.

During the hour long conversation Snyder touched on everything from restoring the original design of Steppenwolf to how to pronounce Uxas, which isn’t actually spoken in the movie. He touches on revealing that Swanwick was Martian Manhunter on Vero, Superman’s journey, and even why the film may not be called Zack Snyder’s Justice League due to legal reasons that they are currently trying to resolve. Above all though, he’s just grateful for all the work that the Snyder Cut movement has done for suicide prevention. Like he says, they’ve saved lives. Even if nothing had happened with the movie, that was the most important thing for him.

Before the end of the panel, Snyder takes the opportunity to tease what’s coming next. This clip, which Snyder noted isn’t final and is still being worked on, was “for the fans”, showing them the idea of the black suited Superman come to life. At DC FanDome next month we will find out if the Snyder Cut will be released as a movie or a mini series, and there will be a full teaser trailer aimed at the wider audience.

Zack Synder’s Justice League is due to be released on HBO Max in 2021.