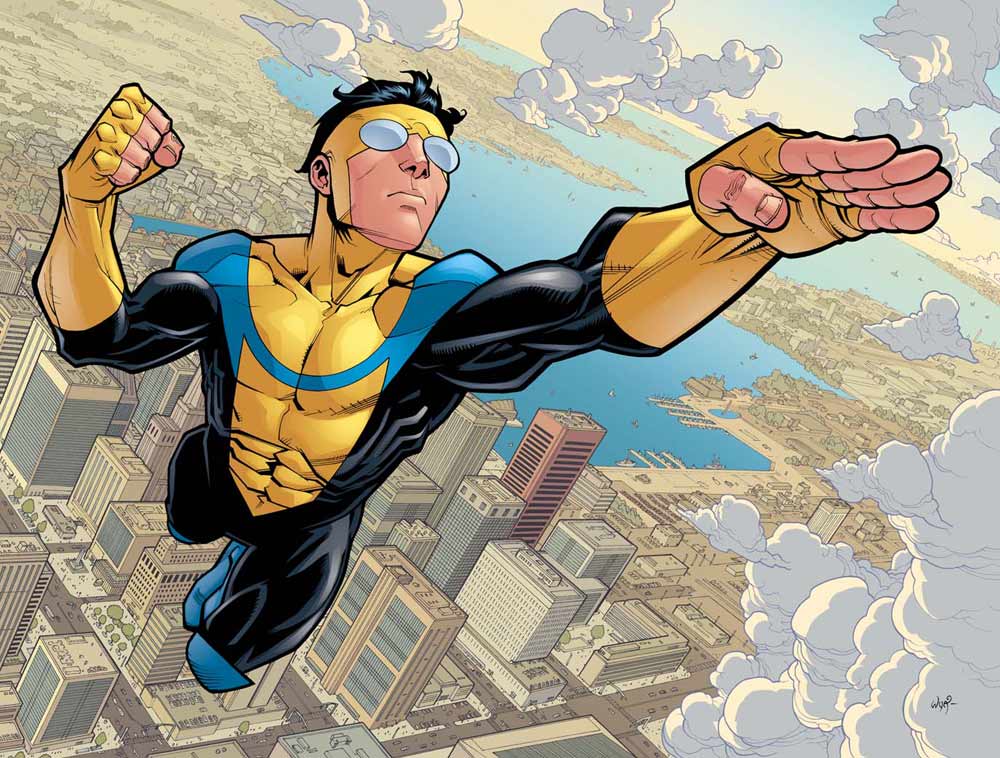 Amazon’s upcoming adult animated series Invincible, based on the comic by Walking Dead writer Robert Kirkman, has gotten an updated cast list with all the actors and which characters they’ll be voicing.

While most of the cast was revealed in January of last year, Zachary Quinto (Star Trek, NOS4A2) and Khary Payton (The Walking Dead) were added last week. Also, in a Skybound Expo virtual panel, Kirkman announced who cast members will be voicing. Steven Yeun and J.K. Simmons will be voicing the protagonist, Mark Grayson, and his father, Omni-Man, respectively. The rest of the cast is as follows:

It’s a great cast, and hopefully the show will live up to the legacy of the comic book, which ran for 144 issues all the way up to 2018. The story follows Mark Grayson, son of Omni-Man, a.k.a. the most powerful superhero on the planet. Mark inherits his father’s powers on his 17th birthday and is soon forced to grapple with the expectations of life as a superhero. The comic is known for its bright coloring contrasted by its graphic violence on the page, and it is expected the series will do the same.