Editorial – Can the Snyder Cut Be Profitable for HBO Max? 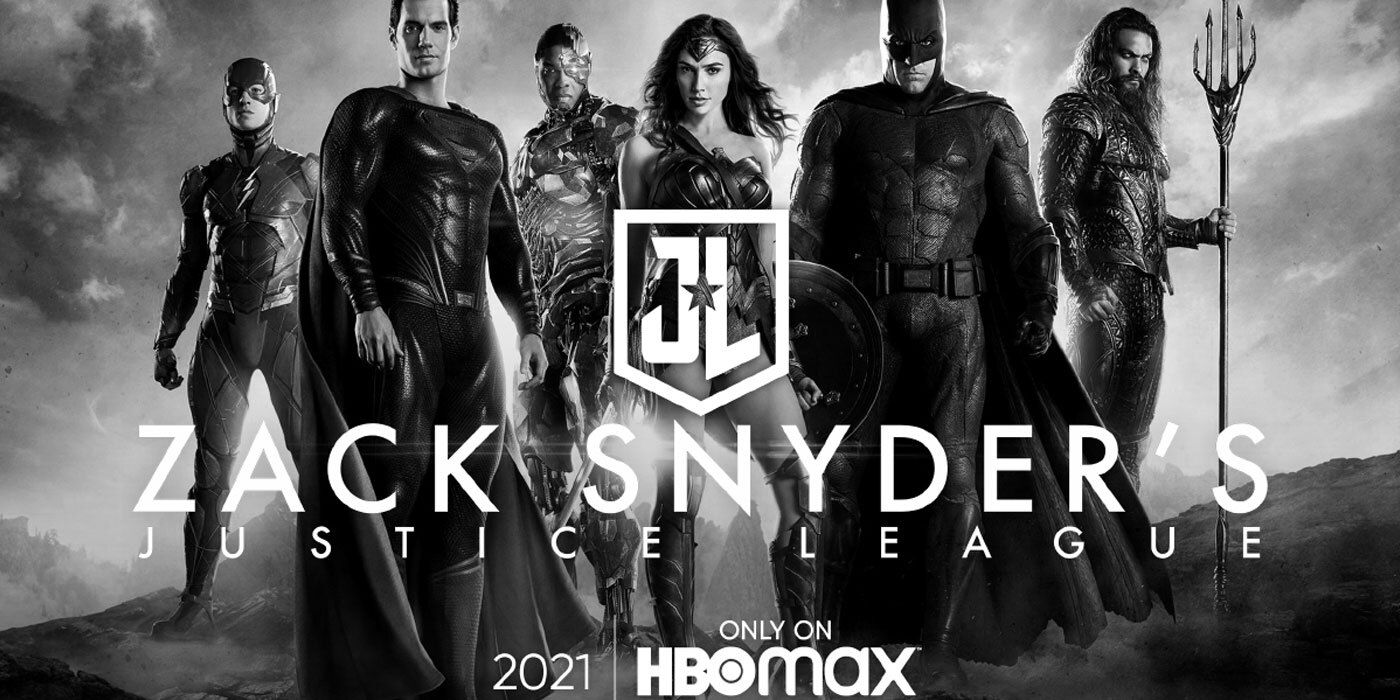 A month and a half ago, there was a disturbance in the force. During a watch-along party for his movie Man of Steel, Zack Snyder announced to the world that his long-awaited cut of Justice League was happening and would be coming to HBO Max next year. This was received as a gift from God for thousands of DC and movie fans all over the globe, after a two-year-long social media campaign promoting the hashtag #ReleaseTheSnyderCut.

I was one of those guys who were saying from the beginning: yes, we know that Snyder has done a cut. It is called an assembly cut, and it is the first thing you do once you’ve done shooting (sometimes even while shooting), and it is basically putting all of your scenes together as you shot them (with no edits or fancy tricks) in script order (usually) to have a first sense of what your project is about.

That is standard procedure for every movie ever made. Since it’s called an assembly cut, and it was done for a movie that Snyder directed, you may call it a Snyder Cut. But most likely there is nothing else done in the film. There is no color correction, no sound design, no score, no visual effects (actors are on wires, Cyborg doesn’t exist, he is a man in pajamas, when Flash runs, he doesn’t actually run, there is greenscreen on every scene of the movie, when there is a 100% CG shot, it’s probably a sketch drawn on a paper, etc.), and so on and so forth. They will never release that, and there is no way they are putting in all the money required to finish it – we’d be talking about tens of millions of dollars that they’ll never invest in.

Turns out I was both right and wrong. But there is still one question I kept asking myself – if they are really going to release the Snyder cut, can they make money off of it? Executives at WB are not doing this for charity or as a gift for their fanbase, despite what many people think. They are doing it because they think they can turn a profit.

But how can they do that? The numbers are pretty easy, actually, but the reality is a whole other story. They will make money if people subscribe to HBO Max as a result of the release of the Snyder Cut. It’s simple – if the streaming service does not modify its subscriber base after they release Justice League (I’m still wondering what they are going to call this thing, but I’m guessing it’ll be something like Zack Snyder’s Justice League, even though technically 2017’s Justice League is still Zack Snyder’s, as he is credited as the director), then the project will be a failure because while HBO Max is still making money for the studio, it’s not coming from Justice League.

So, what needs to happen for the investment to pan out is that they need to make more money than they spent off of new subscribers. It’s as simple as that, maybe even easier than releasing it in theaters, because they are not splitting the money between the distributors and the studio. 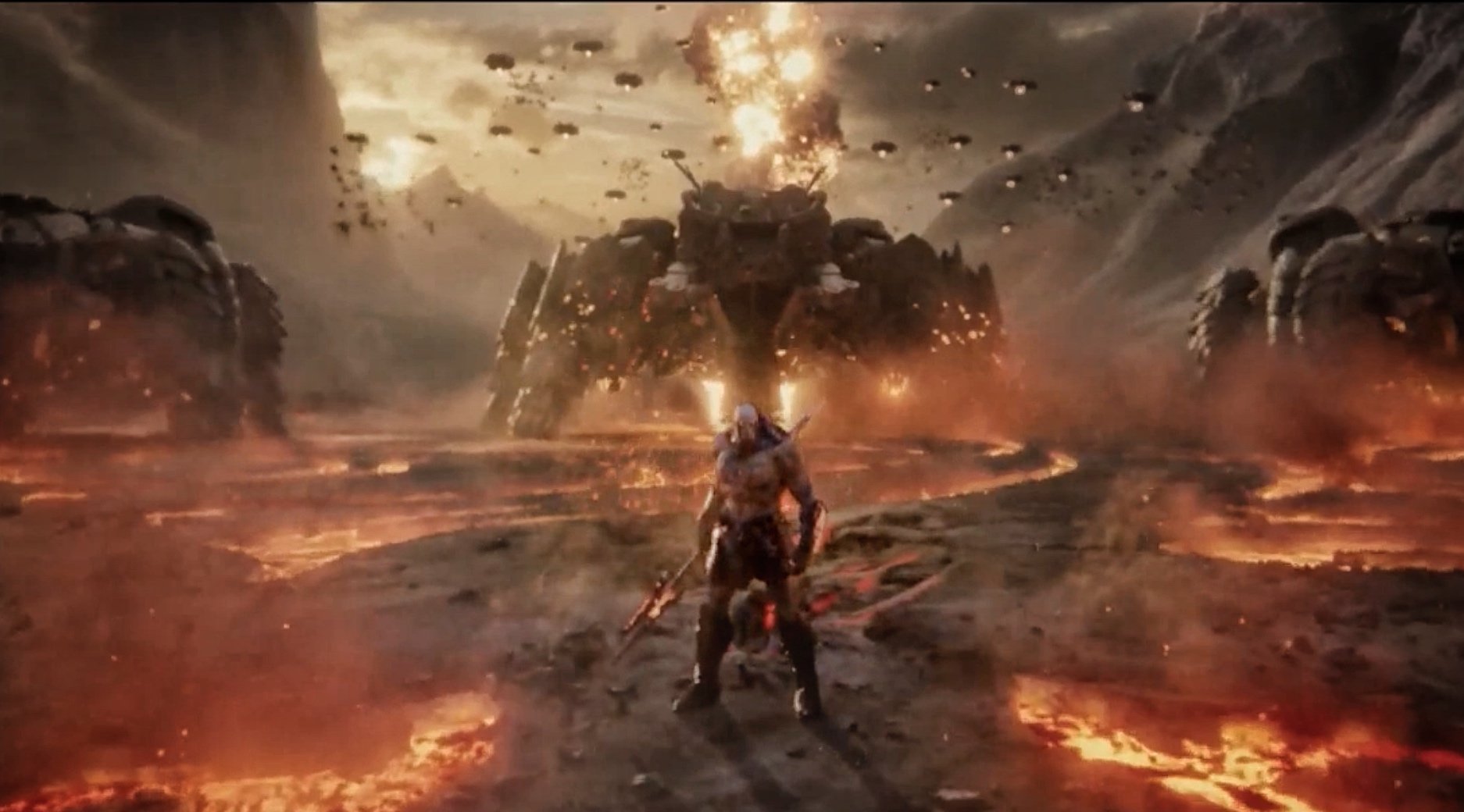 We don’t have a final number on what this thing is going to cost. We do know that initially, they said $20-30 million but we know now that the number might be going up to $50-70 million. And that’s not including the marketing costs. Also, since this thing is new for everybody, we don’t know how much extra they will have to spend on additional things that go beyond the post-production process. Let me explain.

We know that Zack Snyder initially gave WB a number for the post-production budget he needed to complete his version of the movie. That number is basically the money Snyder needed back in early 2017 when he still was going to finish his version of the movie, and it does not include reshoots. Let’s say it’s $70 million (we are going high to see the worst-case scenario).

What we don’t know is if the studio had to renegotiate the actors’ contracts so that they are now appearing in a new version of an already released movie. I don’t know if they are treating this thing as a Director’s Cut, which Snyder has done in the past with Watchmen or Batman V Superman, or as an entirely new film, which is what it is assumed to be. I’m guessing that if this were the first situation, a Director’s Cut, no contract renegotiation would have taken place, but if it’s a new film on its own, maybe they need to spend more money on those contracts. Clearly, WB would want to treat it as a Director’s Cut if I’m correct, but there may be some legal stuff getting in the way – for example, if the Snyder Cut is different enough from Whedon’s version, the Actors Guild may get in the way and have a thing or two to say.

Also, the actors are confirmed to record additional dialogue for the new version. Again, under normal circumstances, that would have already been negotiated in their contracts, but these are not normal circumstances. There are actors who didn’t appear in Whedon’s version that are believed to show up in Snyder’s movie – Iris West did not show up, but we do know that Snyder shot some stuff with that character. Also,  Harry Lennix did not appear in 2017’s Justice League, but we do know that Snyder had some plans for his character from Man of Steel and Batman V Superman (the less you know, the better, believe me). They probably need to get paid more if they are showing up onscreen versus just shooting some scenes that were left on the cutting room floor.

And there are many more things I haven’t mentioned that would probably inflate the original budget (including the Snyders themselves, who are probably getting big, fat checks for this thing). There are also marketing costs. Let’s say that they invest $30 million in marketing, although it’ll probably be more, and in terms of accounting, they may just say it’s marketing for the streaming service, not for this project in particular, so there’ll probably be a smokescreen here. That adds up to $100 million they’d be putting into this thing (at the very minimum I would say, but since it’s a round number, let’s run with it). 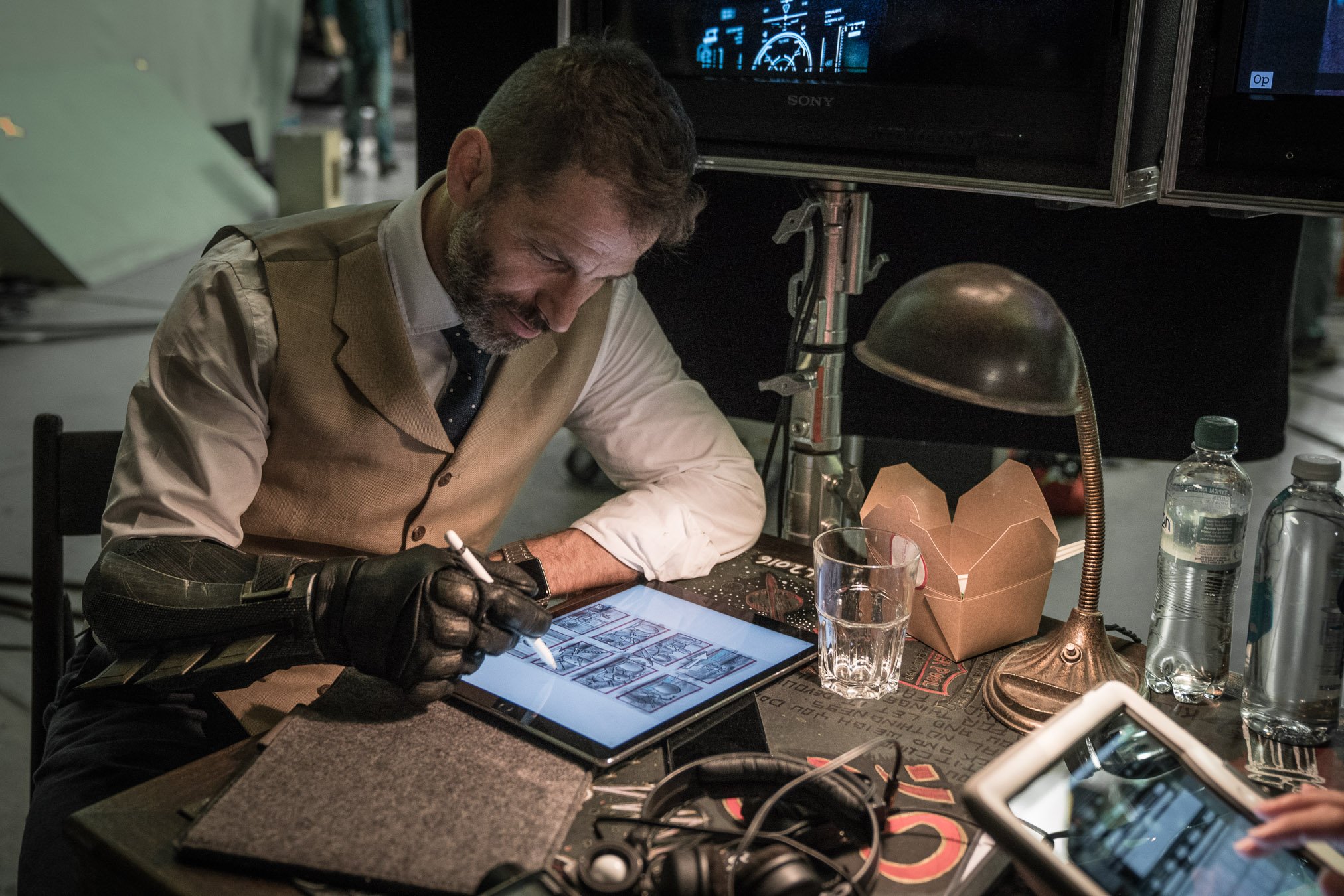 Now, there are several ways in which WB can make money on the Snyder Cut. First, the easy way (but not the preferable one) is to get enough people subscribed just to see the movie. It’s the same as if they were attending a movie theater paying $15 – through this, they’d need to amass over 6.6 million new accounts if it’s released as a 4-hour feature. If they decide to split it into six parts, they’d need 3.3 million new accounts.

It’s difficult to know if this is doable or not for them since at this point we don’t know how many subscribers they have, or even their projections for the next of this year (or even the end of HBO Max’s first year). The only number we have is a projection for the end of 2025, which expects the streaming platform to have around 25 million subscribers. 3.3 million new accounts is a lot, I believe.

The other way in which they can make money with the release of the Snyder Cut is by building up a new subscriber base. If they can have half a million new accounts with the release of Justice League, and they are able to keep them subscribed for an entire year through their library (which is pretty large, by the way), they’ll be turning a profit and the investment will pan out.

However, that is not even their intent. A year is a pretty short period of time, actually. What about two years? Well, then they’d need to get around 250k new accounts that keep paying $15 a month for two years. 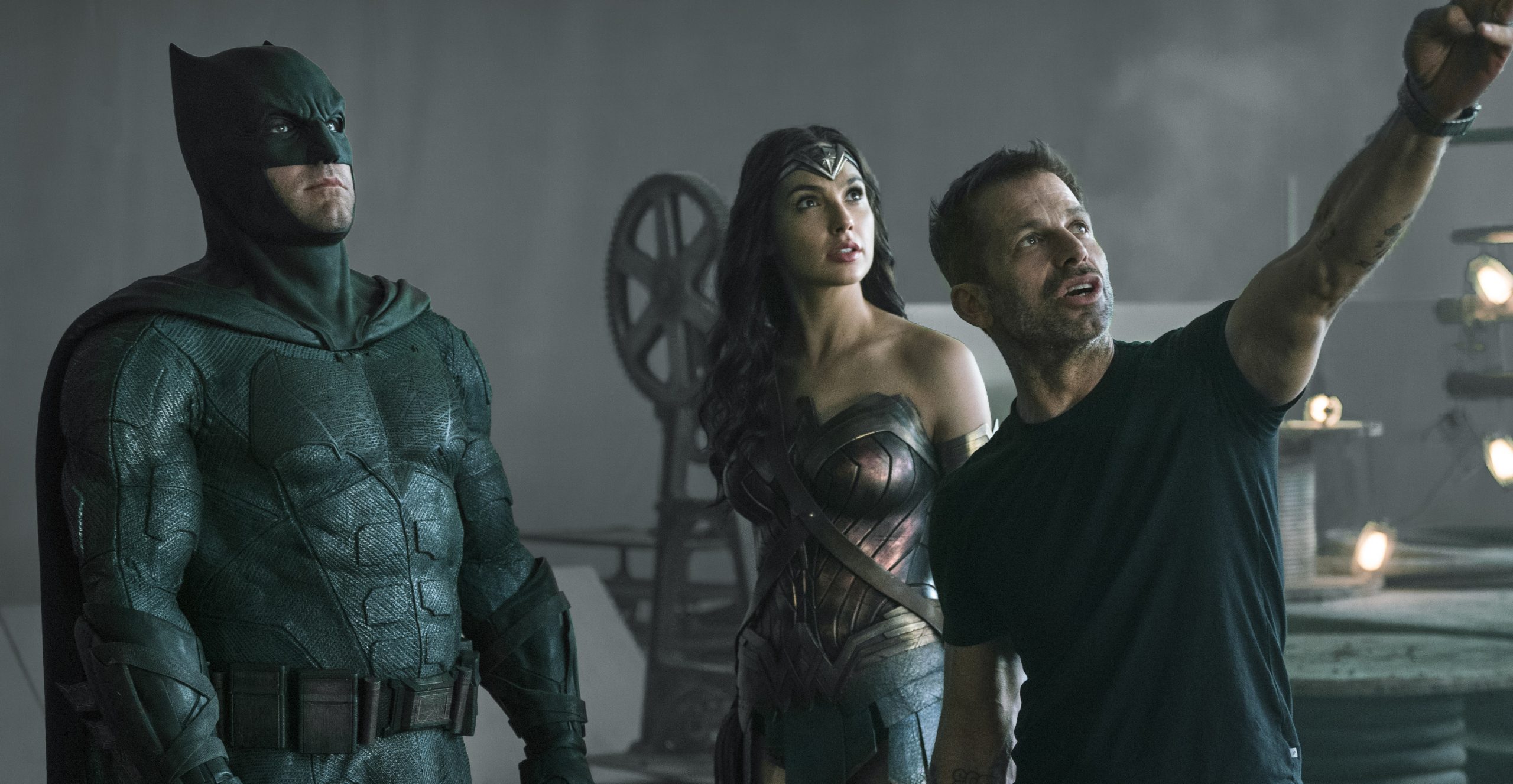 There are a few things to consider here. First of all, the end result will be a combination of all the above. There will be many people that after the six parts of Justice League are out, will unsubscribe so that their total donation to the service will have been $30. There will be many people that keep it another month and because they have already exploited most of the service’s library and because there are so many other services out there, they will unsubscribe. And similar cases are made for six, twelve, eighteen, and twenty-four months. So there is not a unique solution to the problem, there are infinite possibilities for this thing to be profitable.

However, there are more factors to take into consideration. There will be people that subscribe to HBO Max just for the library (much like they were people that subscribed to the service when it launched several weeks ago, with no original content yet), but to keep the number of accounts they need for over a year, they will have to create more original content to keep them hooked, both feature films and original series that premiere weekly.

And so, we are already entering into budgets for dozens of other projects, so that the success of the Snyder Cut is not as easy to track as a movie premiering in theaters, because the spectrum of the money spent by the platform and by the consumer into the platform is continuous, not discrete – this is, there is always money being thrown into the mix by either part, because the streaming platform is continuously investing into their product, as opposed to financing only one movie, which is a one-time thing, and the consumer is paying monthly fees, as opposed to paying one ticket. These finances are much more complex than what we’re used to, and it’s definitely something to keep an eye on how it develops during the upcoming years.

There are not a lot of reference numbers we have, one of them being last year’s The Irishman, financed and distributed by Netflix. After investing around $200 million, over 26 million accounts watched Scorsese’s latest during the first seven days of release. However, while we don’t know if they classified this investment as a success or a failure, we do know that they will not be behind Scorsese’s next project, Killers of the Flower Moon, and we do know that the director was trying to sell this movie to all studios in town, but nobody wanted to pick it up until Apple and Paramount agreed to co-finance it.

There are several factors that could have led to Scorsese not working with Netflix on Killers of the Flower Moon, like him wanting the movie to be seen on the big screen instead of the small screen, or some sort of disagreements between him and the executives at Netflix, for example, but since he was so desperate to sell it to anyone, why didn’t Netflix offer to finance it, I wonder?