‘Chilling Adventures of Sabrina’ Wrapping Up With Season 4 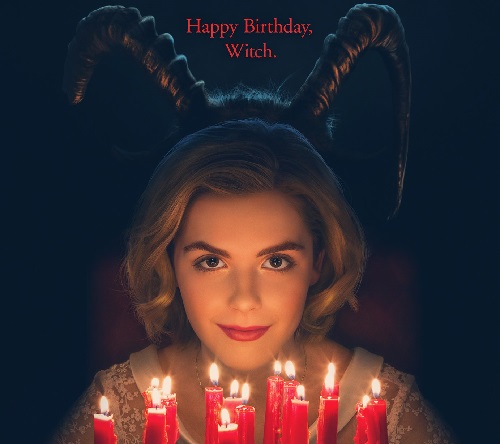 Netflix’s take on Archie’s Chilling Adventures of Sabrina is coming to an end with a fourth and final season, set to hit later this year.

The dark fantasy teen dramedy, serving as an edgier reimagining of Sabrina the Teenage Witch from Archie Comics, is calling it quits with a final eight episodes that will arrive closer to the end of the year. The official wording given by sources leaves things unclear if the show was always meant to end with its fourth season or if it was going to go beyond that, but the official account has revealed seven images as one Sabrina Spellman’s story comes to a close:

TV Line broke the news earlier tonight, and they managed to get an official statement from showrunner Roberto Aguirre-Sacasa, who explains that he’s grateful that he’s been able to make the show:

“Working on Chilling Adventures of Sabrina has been an incredible honor from day one. The cast, beginning with Kiernan as everyone’s favorite teen witch, has been an absolute joy. I am beyond thankful to the crew, writers, editors, assistants, and everyone for pouring so much love into this dark dream of a show. I’m also grateful to our partners at Netflix, Warner Bros., Berlanti Television and Archie Comics for letting us tell the story we wanted to tell, the way we wanted to tell it. We can’t wait for everyone to see part four.”

The good news is that the season’s description indicates that, regardless of whether or not the show was meant to continue, it will reach a good place to stop:

“The Eldritch Terrors will descend upon Greendale. The coven must fight each terrifying threat one-by-one (The Weird, The Returned, The Darkness to name a few), all leading up to…The Void, which is the End of All Things. As the witches wage war, with the help of The Fright Club, Nick begins to slowly earn his way back into Sabrina’s heart, but will it be too late?”

Some have speculated that the decision to cancel the series may have something to do with Warner Bros. developing HBO Max, but this may not be the case considering that Netflix is footing the bill on The Sandman, which was announced well after WB made their plans for a streaming service clear.

Chilling Adventures of Sabrina will conclude later this year. The first three seasons are streaming right now on Netflix.