Trailer Released for ‘The One and Only Ivan’ on Disney Plus 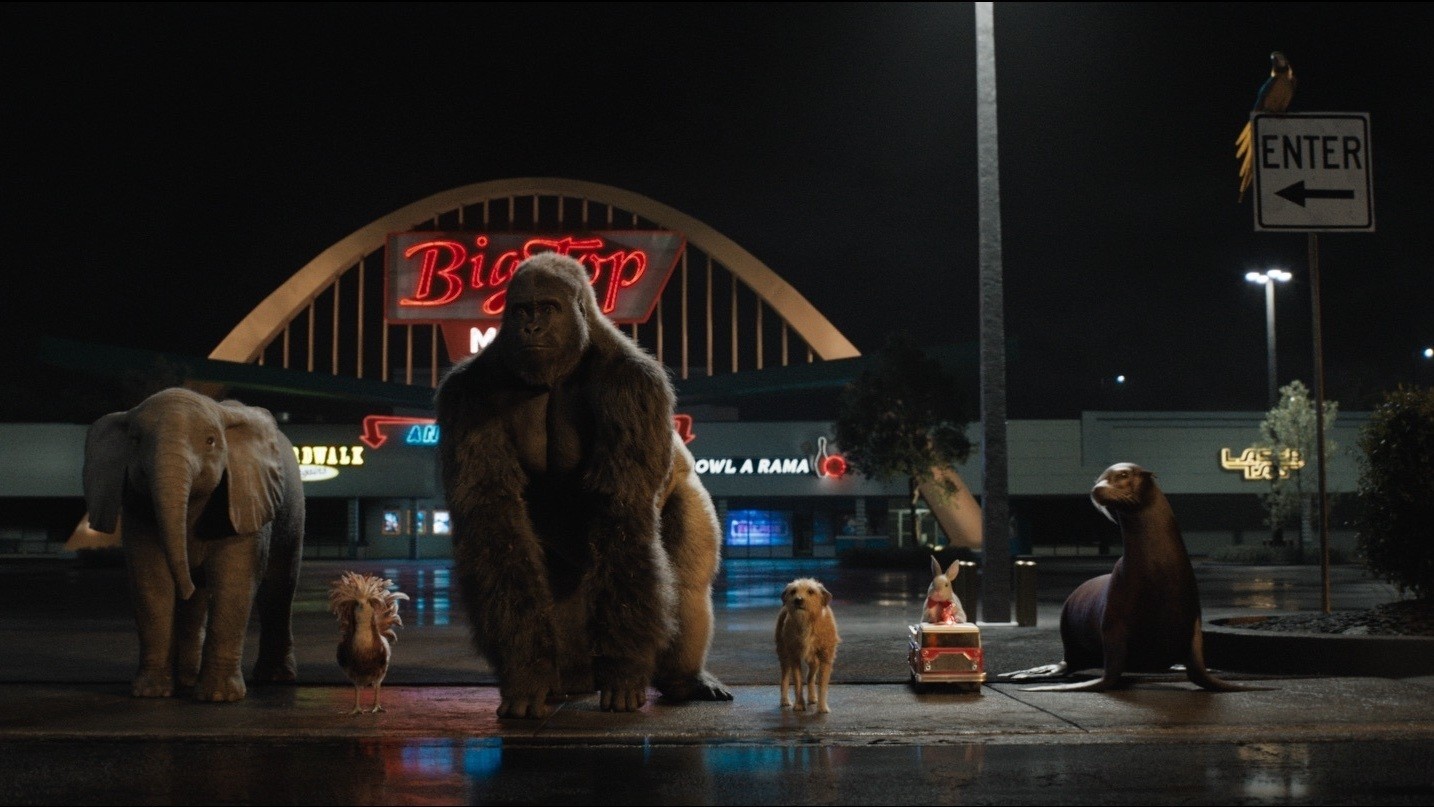 What does home mean to you? Today Disney released the first trailer for The One and Only Ivan. Adapted from Katherine Applegate’s award winning novel, this live action Disney Plus Original Movie unites an all star cast to tell the heartwarming tale of Ivan, the silver back Gorilla who lives at the Big Top Mall as he comes to wonder what home truly is.

The first trailer paints a picture of what could be a heartfelt tale of the true meaning of both home and family as Ivan’s meeting with Ruby leads him to reevaluate all that he has ever know as memories of his old life and family begin to break through.

“An adaptation of the award-winning book about one very special gorilla, Disney’s “The One and Only Ivan” is an unforgettable tale about the beauty of friendship, the power of visualization and the significance of the place one calls home. Ivan is a 400-pound silverback gorilla who shares a communal habitat in a suburban shopping mall with Stella the elephant, Bob the dog, and various other animals. He has few memories of the jungle where he was captured, but when a baby elephant named Ruby arrives, it touches something deep within him. Ruby is recently separated from her family in the wild, which causes him to question his life, where he comes from and where he ultimately wants to be. The heartwarming adventure, which comes to the screen in an impressive hybrid of live-action and CGI, is based on Katherine Applegate’s bestselling book, which won numerous awards upon its publication in 2013, including the Newbery Medal.

The One and Only Ivan begins streaming exclusively on Disney+ on August 14th.

Tags: Disney PlusThe One and Only IvanTrailer