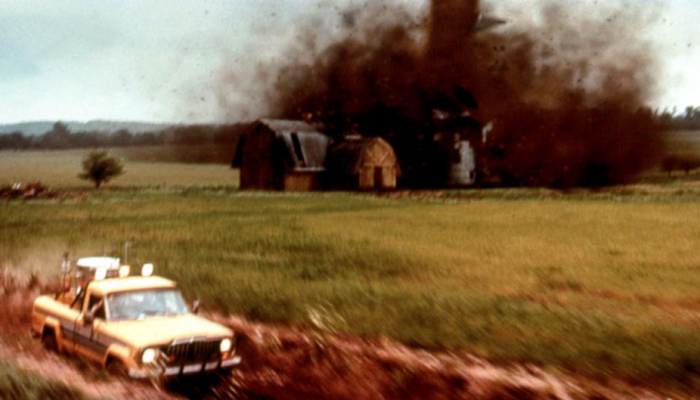 It’s just another normal day at Universal as the studio readies yet another reboot of a classic.

Variety is reporting that Universal Pictures wants to reboot Jan de Bont’s 1996 classic tentpole Twister, which starred Bill Paxton and Helen Hunt. In the original film, warring teams of scientists (or storm chasers) studied the behavior of ever-increasing tornadoes in the Midwest and got into a lot of trouble.

Joseph Kosinski, who is currently finishing up Top Gun: Maverick and is well-known for his work on Tron: Legacy and Oblivion, seems to be the front runner for the director’s chair, with a deal expected to be closed soon. He’s no stranger to CGI-heavy blockbusters, and he will (hopefully) bring some of his signature style to this reimagining. Veteran producer Frank Marshall will produce the pic, and writers are currently being sought by the studio.

Twister was a massive hit in 1996, bringing in a worldwide haul of nearly $500 million despite the mixed critical reception. Here’s hoping the flying cows are back for another ride.