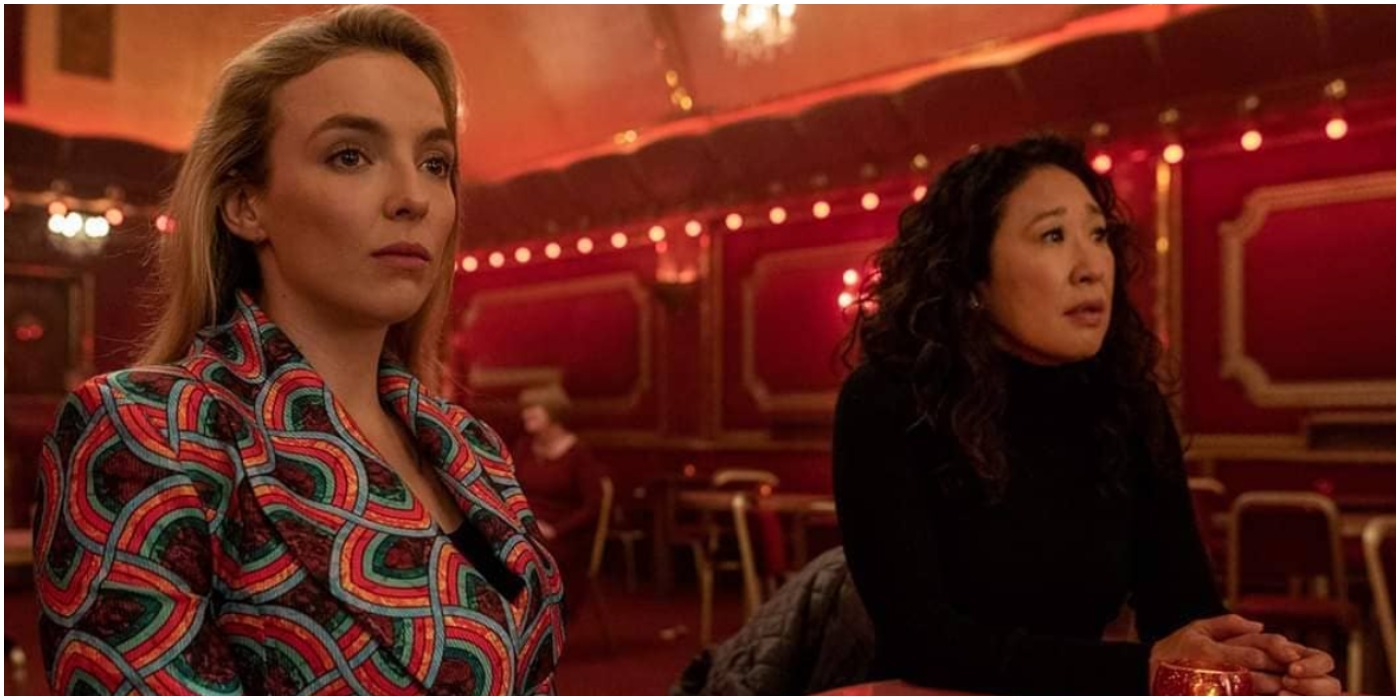 Last week, Killing Eve reached the point of no return. In the closing moments of the third season finale, both Villanelle and Eve try to go back. More than being unable to, they choose not to, and the show is all the better for it.

The fear coming into the show’s third season was that it would try to replicate the incendiary success of the first season by recreating the cat and mouse chase between assassin Villanelle and her MI6 pursuer Eve Polastri. Ostensibly, that’s what happens in the first episode.

But third season showrunner Suzanne Heathcoate uses this framework as a launching pad to take the show to a place many thought it could never go. After Villanelle’s disastrous return home to Russia, she’s been in a tailspin. The only person to catch her is the person on her tail for three years now: Eve.

The season finale begins with a powder keg meeting between Villanelle and Carolyn at the Royal Albert Hall. Villanelle wants out of the Twelve. She wants to work for MI6. Carolyn wants the identity of her son’s killer. Villanelle doesn’t have any information of value, proving how empty her promotion with the Twelve was. Carolyn tells her to come back with something better, but there’s nothing. 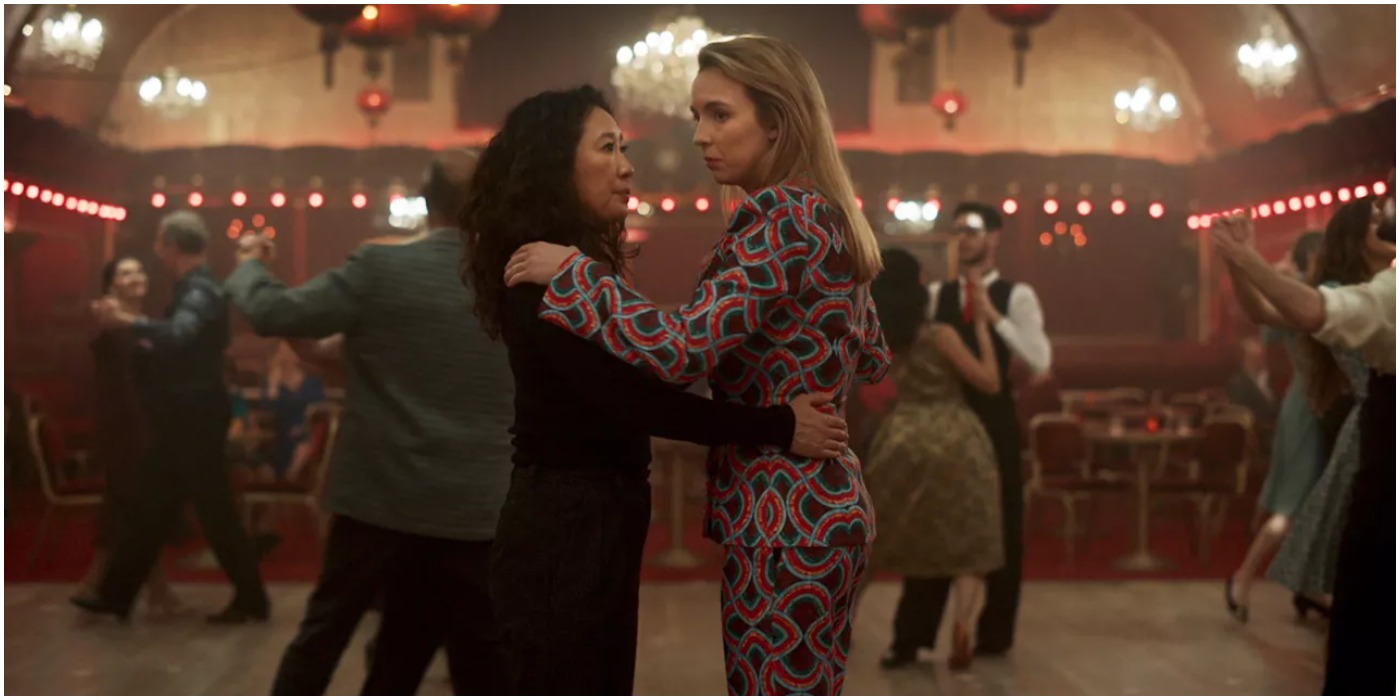 From the start, Killing Eve has been a show about energy, about twists and turns, about shocks and surprises. The series throttles way down in this episode, counter to the natural narrative progression that should have the episode running headlong toward the resolution of the season’s central mystery: who killed Kenny? But the show knows what the audience is really here for.

The resolution of the Kenny plot – more on that in a moment – takes a backseat to the central concern of the series. Will they, or won’t they? Or as the episode title puts it, Am you leading, or am I? Literally and figuratively, Villanelle and Eve have been in a slow dance around each other for three seasons, but in a small dance hall where Villanelle killed her first mark, the sub-text finally becomes the text.

Not that sub-text has been all that difficult to discern. As I’ve noted a few times this season, in order for the show to grow, the characters have to. The two women have been on parallel tracks, but they’ve converged; Villanelle no longer wants to kill. Eve realizes, finally, she enjoys it. And most importantly, Eve acknowledges the elephant in the room: she has feelings for Villanelle. 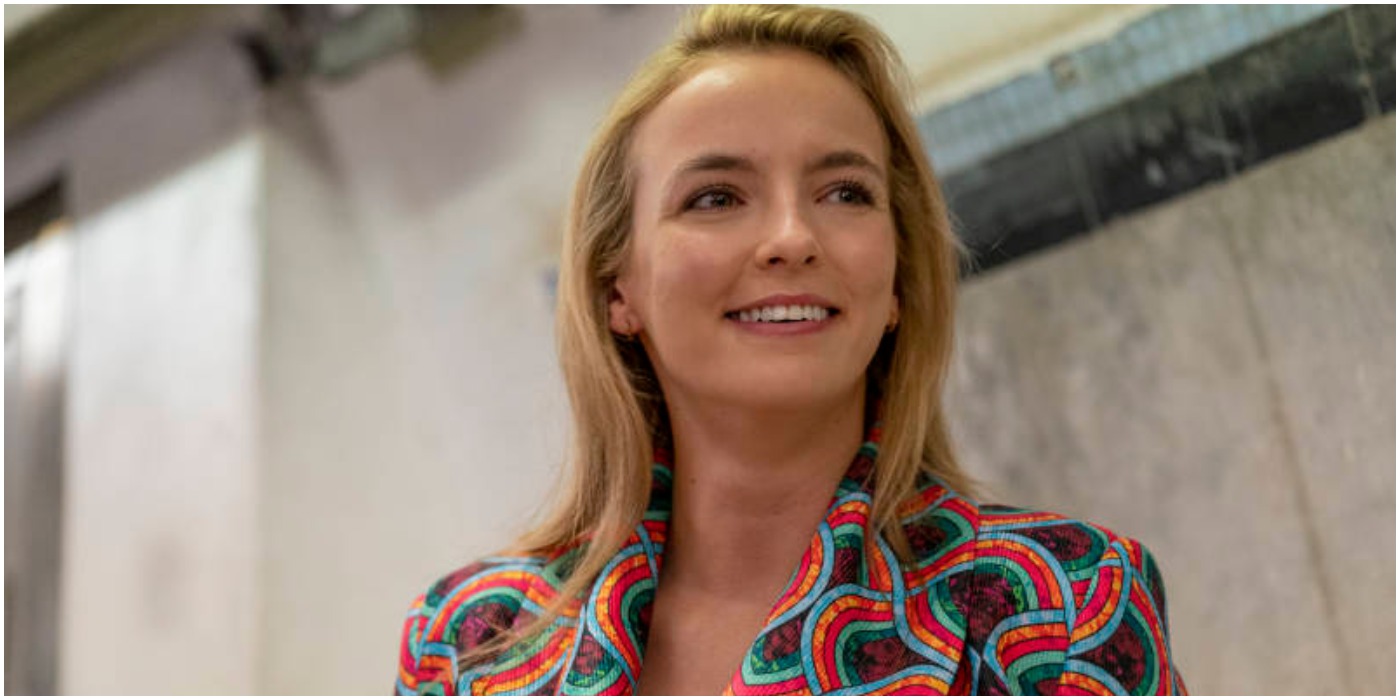 This comes out as quietly as the rest of the episode, downplaying the big moments and keeping the focus squarely on how the two women react to all of it. As they dance together, Villanelle watches other, older couples and wonders if she and Eve could have that kind of happiness. We’d never make it that long, Eve says, acknowledging both her feelings and the cold reality they face.

The practical reality of a relationship between seems unlikely, as Eve’s comments in the dance hall and later in the stirring, sober denouement on Tower Bridge. Villanelle is, at best, a murderer. She’s narcissistic. She’s easily bored. But she’s also human, as Jodie Comer has shown in one standout moment after another this year.

Before they can get too far ahead of themselves in planning their future, the dance is interrupted by Helene’s dark assassin Rhian. Helene wants to meet, right away. Villanelle sends Eve away with the details on the money Konstantin has been stealing from the Twelve, and the contours of the future take shape. Villanelle and Eve will run if they can. First, Villanelle has to get away from her shadow. 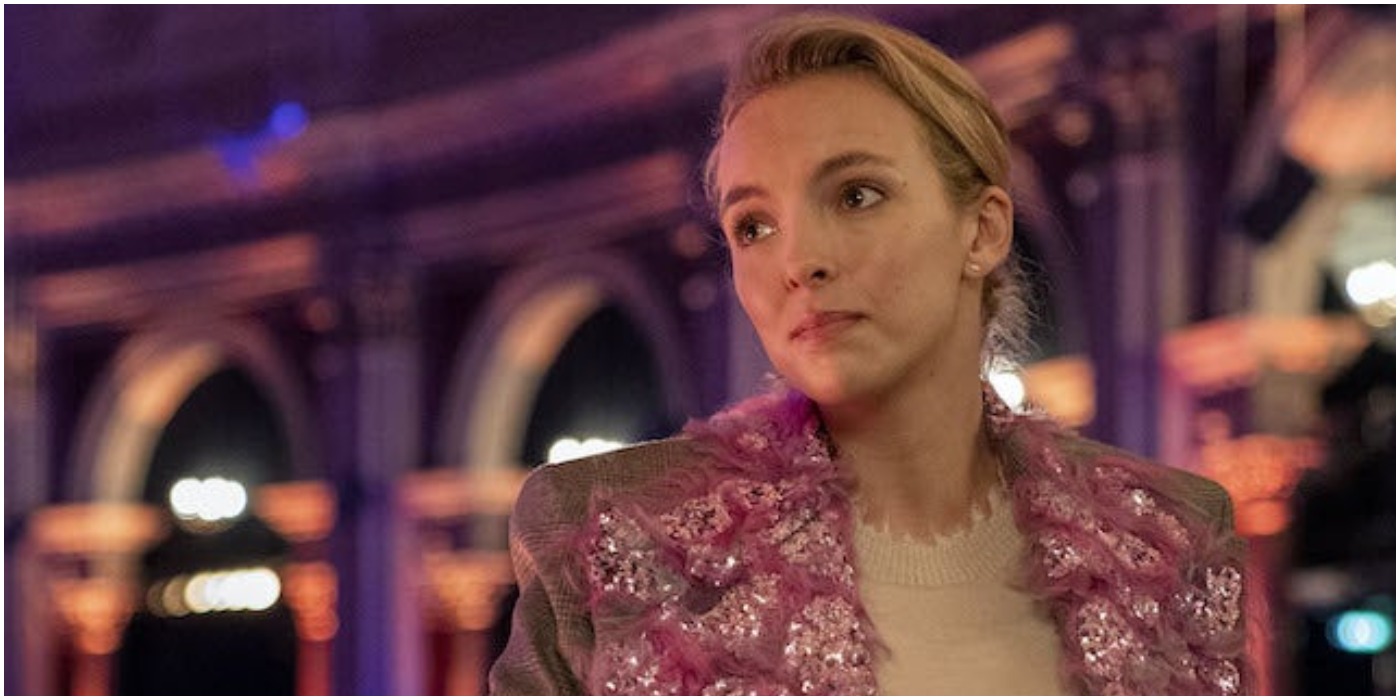 She does, of course, dispatching Helene’s ghoul in a not quite intentional but not quite innocent battle in the subway. Villanelle doesn’t want to kill anymore, but she’s also going to protect what’s hers. So is Konstantin. He discharges himself, against the advice of his nurse, out of the hospital.

He pays Dasha a final visit before he goes. Dasha dies a little too easy, her body simply giving out, but it’s a complication of Eve standing on her chest. Equally a little too easy is the dispatch of Carolyn’s daughter Geraldine. After a letter of apology to try and make amends, Carolyn simply dismisses her. This particular plot thread went nowhere this season, and in the end, it feels like Geraldine existed simply to have someone for Carolyn to yell at until she learned how Kenny died.

She does, finally, in another understated scene. The gang at The Bitter Pill, also a little left out at the end of things, discover closed-circuit camera footage of Konstantin coming to the office the day Kenny died. This isn’t entirely surprising, knowing that Kenny was on to the Twelve, particularly their money, which Konstantin has been stealing. And we know the two men talked the day before Kenny died. 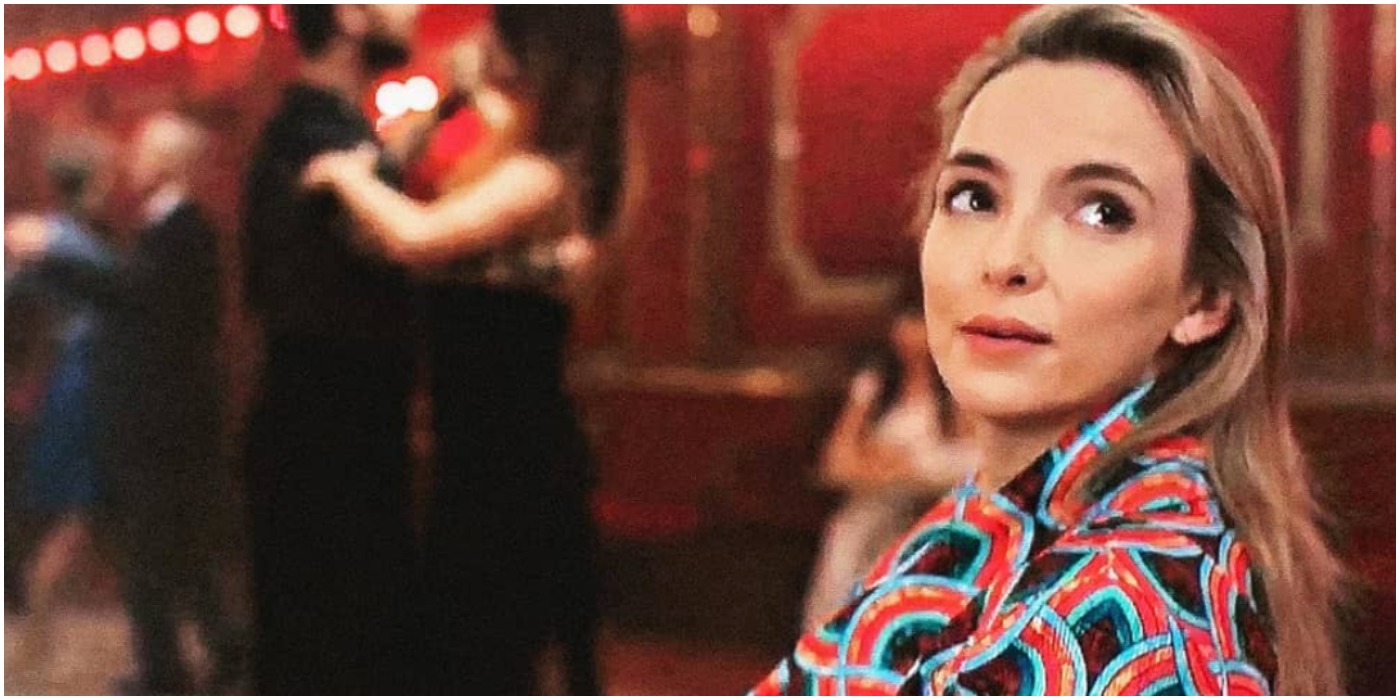 Still, it’s a bit of a let down given how crucial Kenny’s death was to the season. But death and mayhem are simply MacGuffins to set these two trains colliding with each other. After Eve collects Konstantin’s money – actually a Russian nesting doll stamped with a code that will open another safe with the money – she, Konstantin, and Villanelle wind up in the home of Carolyn’s MI6 boss and Twelve agent Paul.

Carolyn holds him and Konstantin at gunpoint as Eve and Villanelle watch. Konstantin admits only to trying to pressure Kenny into joining the Twelve, but that Kenny became scared and accidentally fell off the roof. This is pure weapons-grade BS, and everyone knows it.

Rather than kill him, Carolyn kills Paul. Eve can’t believe it; Paul was a solid link to the Twelve. Carolyn no longer cares, and as she tells Eve, she shouldn’t either. What’s most important now is love – she lets Konstatin go for it, evidently – and Villanelle and Eve find themselves lost together on Tower Bridge, unsure of how they got there. 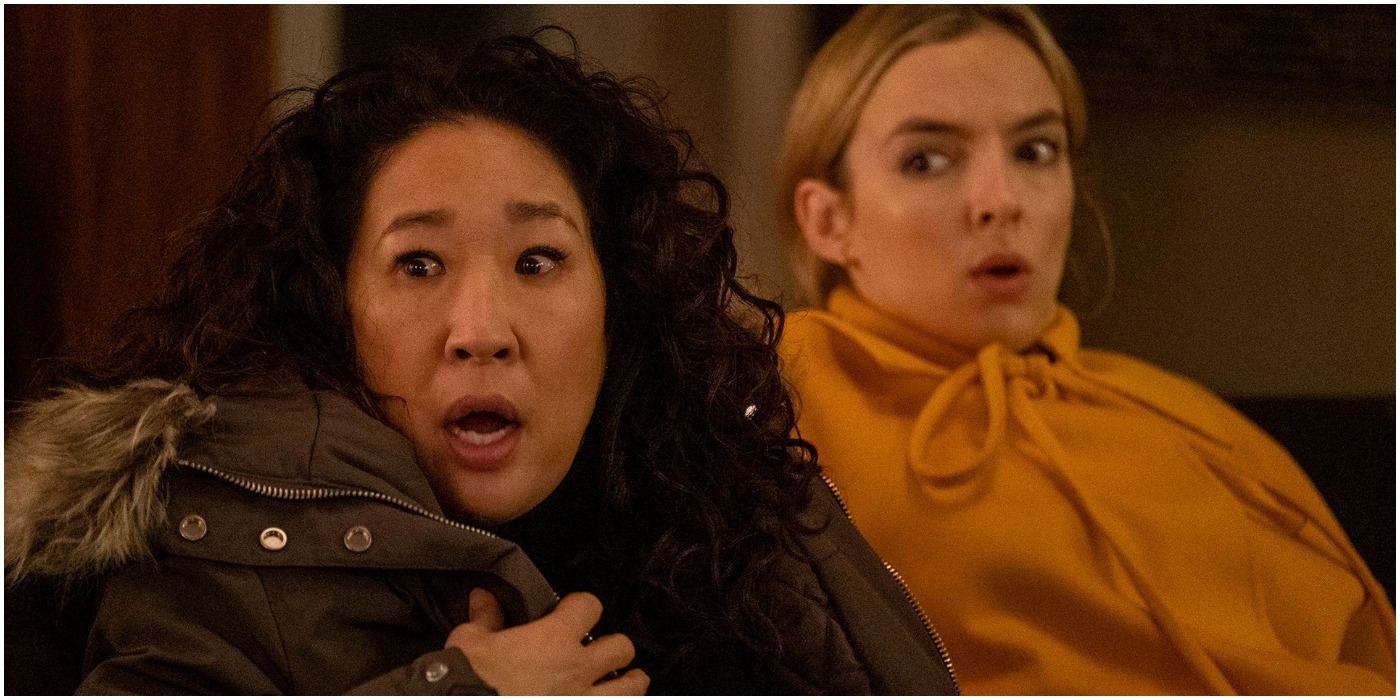 The show ended its first two seasons with a stabbing and a shooting. Nothing of the sort happens here. Rather than try and create another act of violence to separate the two leads, Killing Eve sheds its skin and becomes something wholly different in the final moments of the episode.

Eve is afraid. She likes who she is with Villanelle. She’s afraid of who she is. Eve doesn’t want her past, with a husband, job, and predictable future. When she closes her eyes and thinks about the future now, she just sees Villanelle’s face (as Villanelle notes, it’s a beautiful face). Eve wants to be let off the hook, even now; she wants to be released from Villanelle’s sway over her.

Just walk away, Villanelle says. She tells Eve to turn around and the two stand back to back and start walking, as two duelists might, but they’re not dueling anymore. And they’re not leaving each other. Each turns back, and the show ends them both finally facing each other, and their reality. 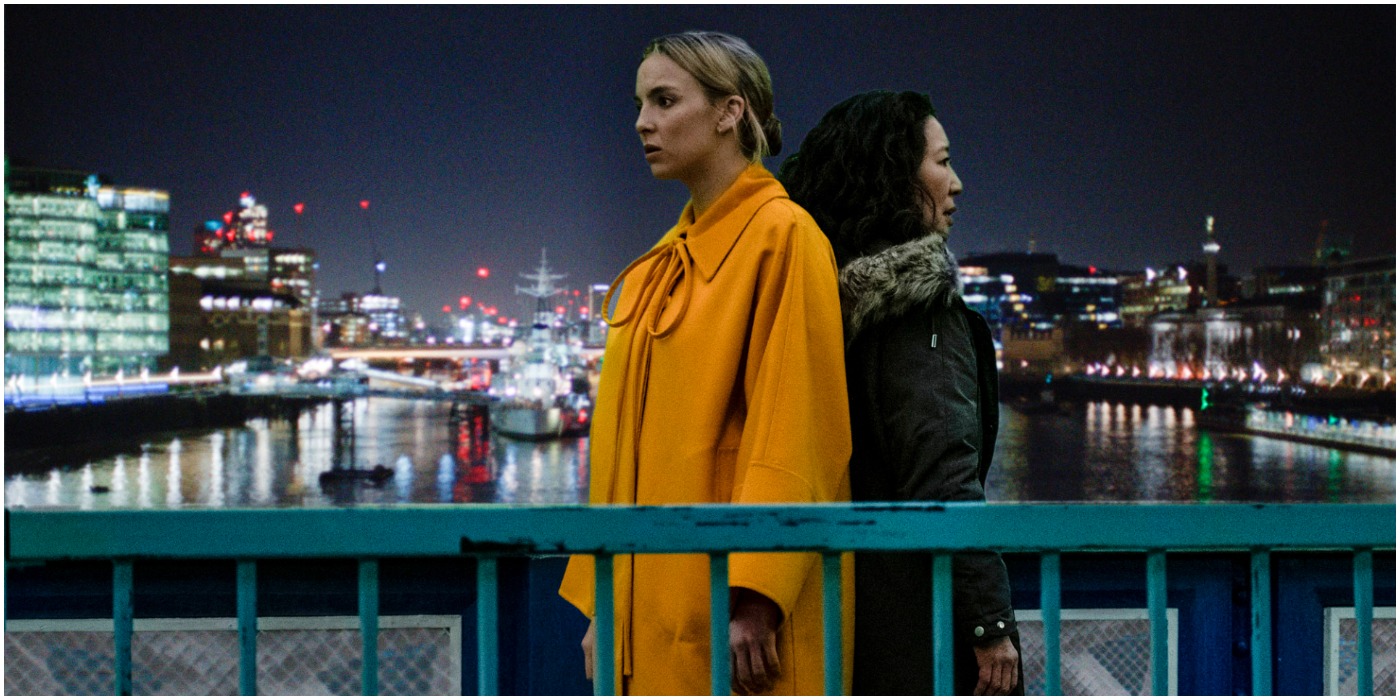