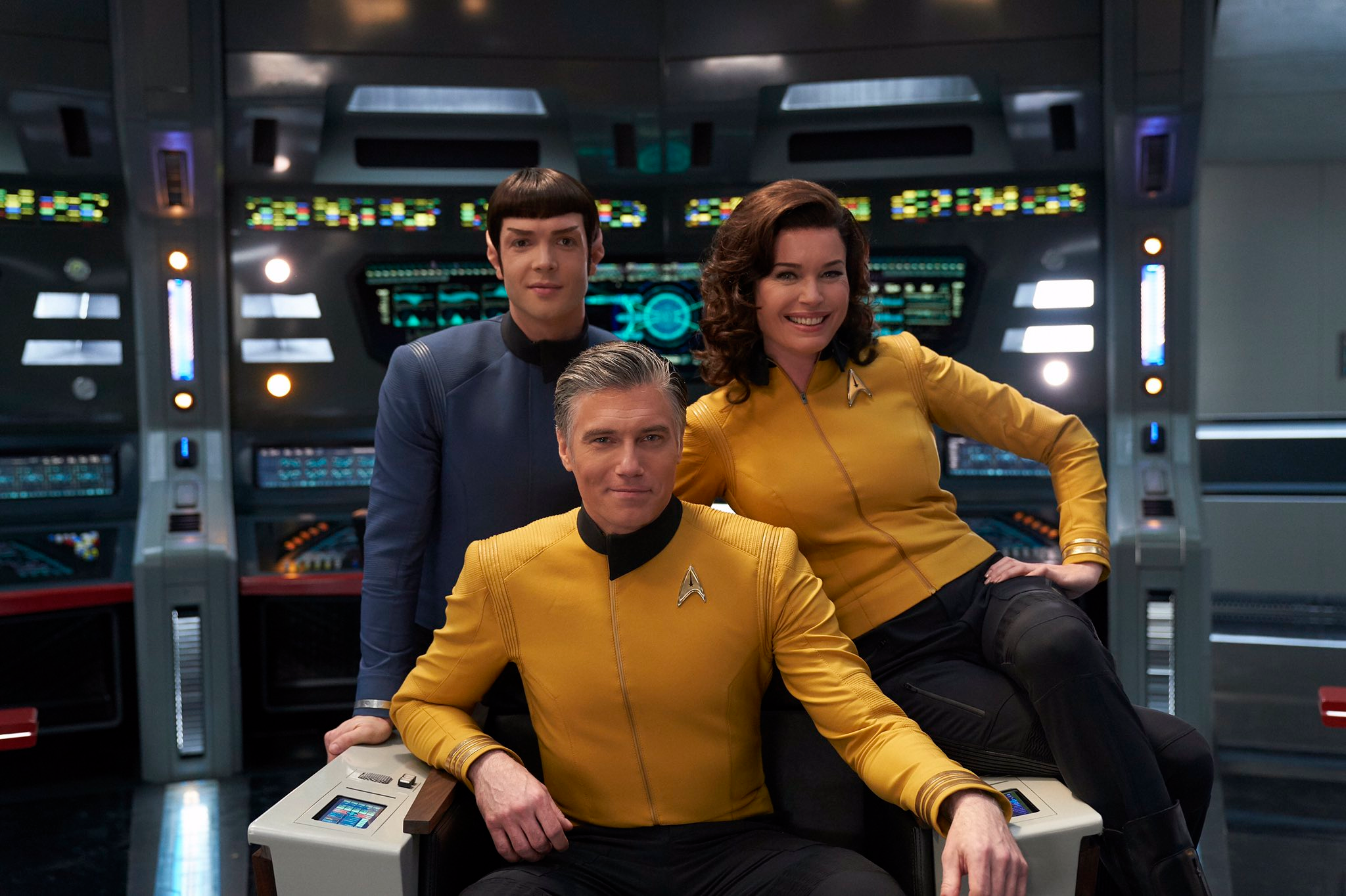 Following the huge success of Discovery and Picard, CBS All Access is boldly going to where no man has gone before once again.

As Star Trek: Picard prepares for its second season and Discovery pushes its crew over 900 years into the future in the show’s third season, CBS is now preparing yet another live-action TV series which will star Anson Mount as Captain Christopher Pike, Ethan Peck as Spock, and Rebecca Romijn as Number One. These characters were standouts of Discovery‘s second season, and fans were sad to see them leave (along with the Enterprise), so we can consider this a planet-sized chunk of fan service by CBS.

Alex Kurtzman will once again oversee the new Trek drama, which has been handed a straight-to-series order. Akiva Goldsman is also back to pen the series’ premiere.

“When we said we heard the fans’ outpouring of love for Pike, Number One and Spock when they boarded Star Trek: Discovery last season, we meant it,” said franchise captain Kurtzman. “These iconic characters have a deep history in Star Trek canon, yet so much of their stories has yet to be told. With Akiva and Henry at the helm, the Enterprise, its crew and its fans are in for an extraordinary journey to new frontiers in the Star Trek universe.”

Strange New Worlds joins an already packed slate of Star Trek series by the streamer CBS; aside from the ongoing shows, the animated comedy Lower Decks arrives sometime this year, and another Discovery spinoff called Section 31, starring Michelle Yeoh, is also in development.