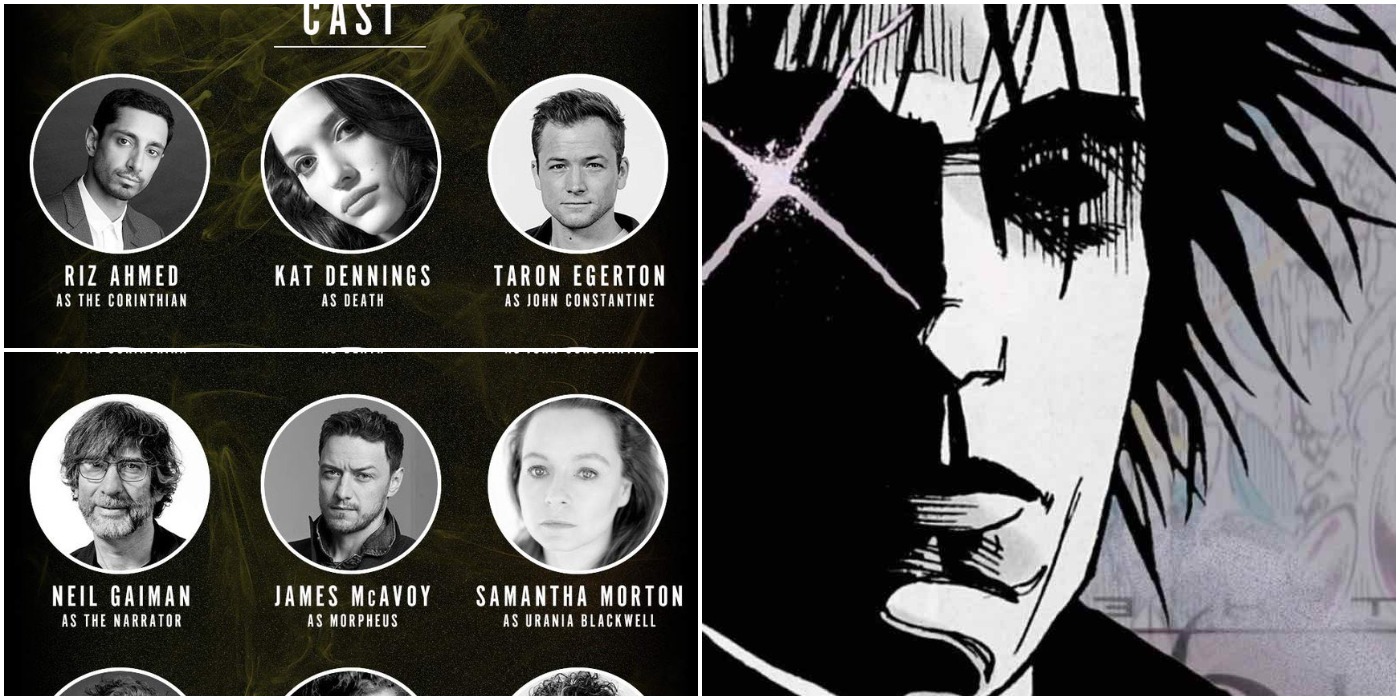 An all-star cast has assembled to perform an Audible adaptation of the landmark DC Vertigo Sandman series by Neil Gaiman. James McAvoy headlines as the Lord of Dreams, Morpheus. Not everybody remembers their dreams, but chances are they won’t forget this.

Entertainment Weekly reported the news, along with the rest of the absolutely stunning cast. The entire Sandman pantheon is here. Kat Dennings plays Death, Riz Ahmed plays The Corinthian, Golden Globe winner Taron Egerton plays John Constantine, Lord of the Rings and MCU actor Andy Serkis is on for Matthew the Raven, The Walking Dead’s Samantha Morton is Urania Blackwell, Good Omens alum Michael Sheen is Lucifer and that’s just the start of an outstanding roster.

Neil Gaiman provides the voice of the narrator. In addition, he is co-producing the adaptation for Audible. He clarified on Twitter that the adaptation will cover the first three volumes of the comic book series – and that this is only the beginning.

It's astonishing. (And this is just the first three books.) So proud to be part of it. You can preorder at https://t.co/5Nsug0Ank3 #TheSandmanaudio @audible_com @DCComics @audibleuk @DirkMaggs pic.twitter.com/wPtrUTfeoP

Part 1 of the series drops on July 15th. Preorders are available now. Award-winner Dirk Maggs directs and Harry Potter film composer James Hannigan provides the score. This is the first-ever audio adaptation of the acclaimed series. Film and television adaptations have long been in the works, and most recently a series has been advancing at Netflix.

Sandman debuted in 1989 with a radical new take on a Golden Age hero for DC. Neil Gaiman’s modern, literary work ushered in a new era of mature-themed comics and led to the creation of the landmark Vertigo imprint. The series ran for several years and won multiple awards.

When The Sandman, also known as Lord Morpheus – the immortal king of dreams, stories, and the imagination – is pulled from his realm and imprisoned on Earth by a nefarious cult, he languishes for decades before finally escaping. Once free, he must retrieve the three “tools” that will restore his power and help him to rebuild his dominion, which has deteriorated in his absence.