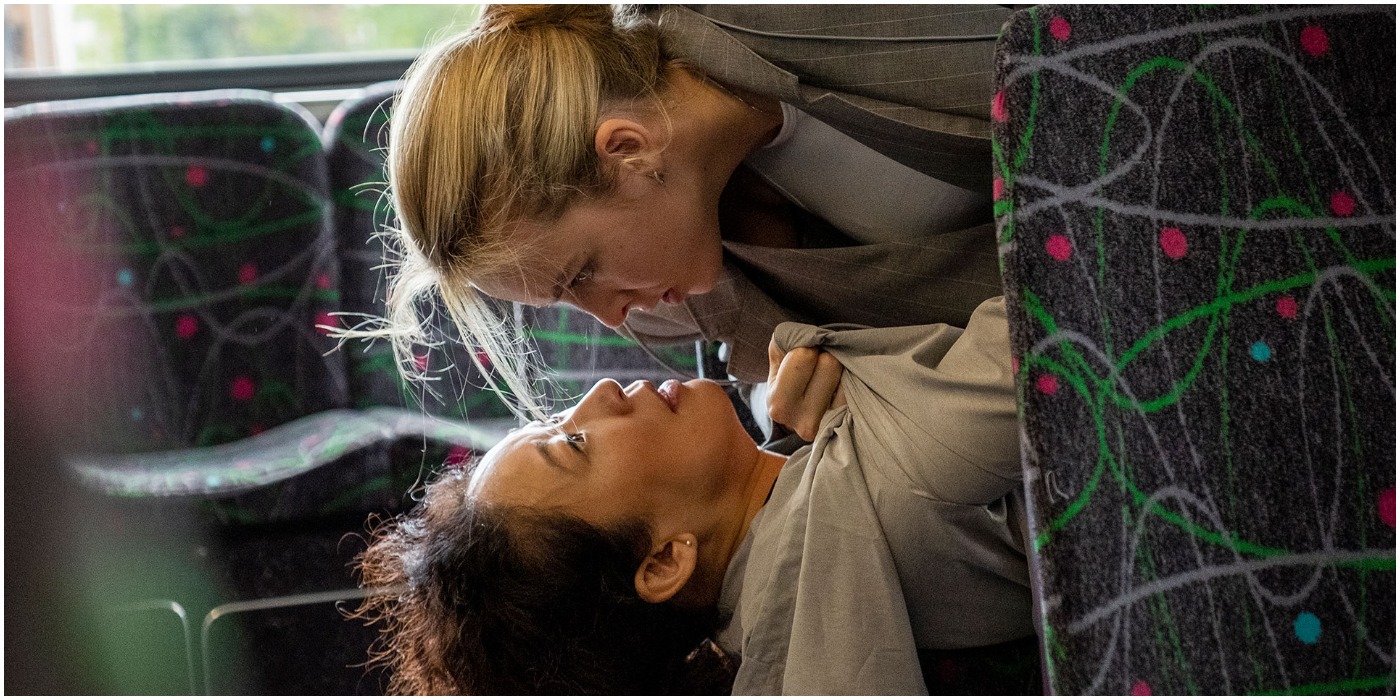 After two seasons, a stabbing, a shooting, and a lot of coy flirtation, Killing Eve finally gives fans what they’ve been waiting for. The kiss between Villanelle and Eve arrives unexpectedly in the middle of the episode, doing what the show does best: surprising us.

“Meetings Have Biscuits” begins by testing the absolute limits of viewer acceptance of Villanelle. There is a kind of voyeuristic thrill in watching her murder not so nice people (for the most part). We take as much delight as she seems to in knowing there aren’t any consequences. This time, there are. Villanelle’s murder of a pianist derails into a confrontation with the woman’s nanny, who’s holding her baby.

The show plays footsie with the idea Villanelle will kill the baby, as she eventually does the nanny. This pushes the character as far as she can go, and at this juncture two-plus seasons in, we discover as depraved as the character is, as psychotic and dangerous as she is, she isn’t completely inhuman. Though that’s certainly going to be in the eye of the beholder. Villanelle kidnaps the baby and then has a fairly decent lunch with it and her handler Dasha before a peeved Dasha literally throws the baby in the trash.

Villanelle laughs through the entire episode, even as stunned passersby rescue the baby. Inhuman… it’s an open question, but the baby does open a door for Villanelle which carries her on a journey in this episode that the first two didn’t quite anticipate. And that’s to the show’s credit, because as good as the show has been this season, there was an air of uncertainty about the direction of the series. There has been a sense that the show was in danger of repeating itself, having exhausted its central core premise. 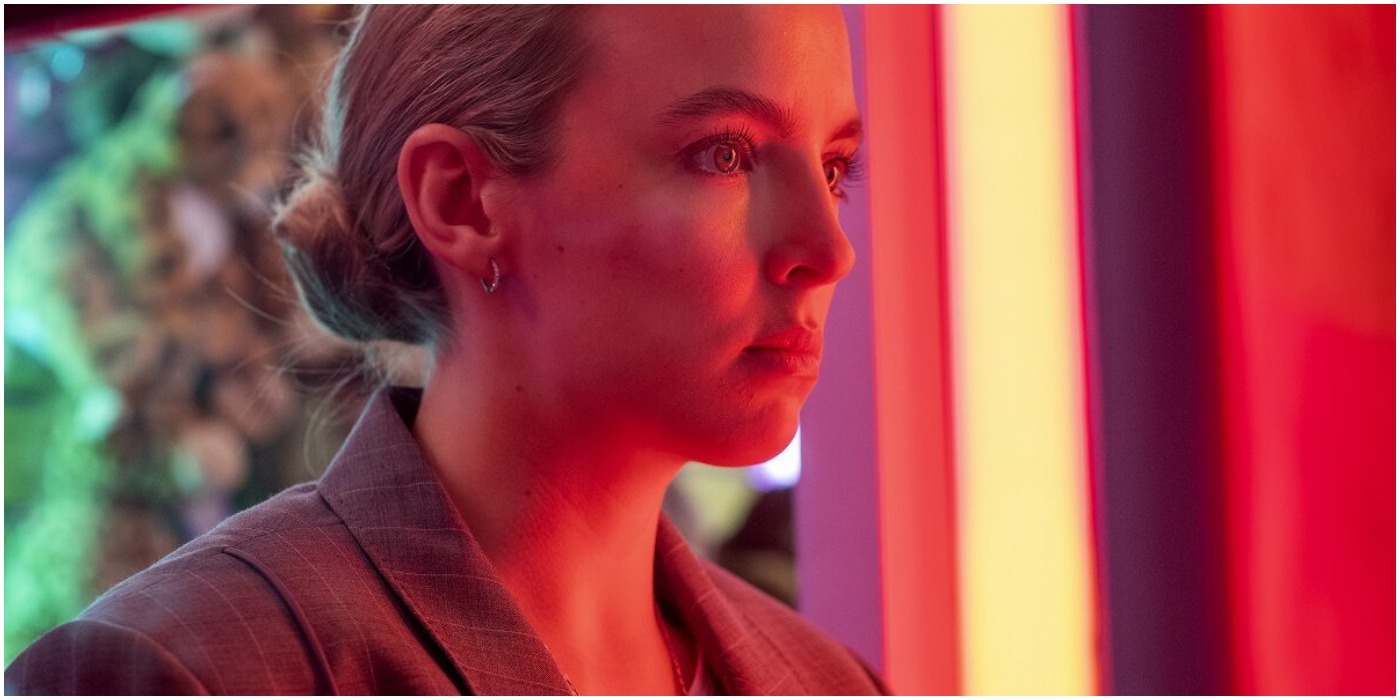 That core premise – Will They, Won’t They – drives much of the intrigue between the assassin Villanelle and her would-be pursuer Eve Polastri. We’ve known for a while that Villanelle’s interest in Eve is definitely sexual, and as the wedding in the first episode indicated, the show is much more confident in its portrayal of Villanelle as queer. With Eve, it’s been a different story. Is her interest in Villanelle professional? Personal? Is it Villanelle’s unfettered agency that Eve desires, or the woman herself?

“Meetings Have Biscuits” answers this by doing what it does best: zigging instead of zagging. Last week’s episode suggested season three would follow the very successful formula season laid out by having the two characters down a slow dance around each other before eventually colliding down the road. Here, Villanelle simply walks onto the bus Eve is on in London and the two immediately launch into a raw, violent fight which leaves them both bruised, bloody and shockingly, hopeful.

It’s hard to say which is better: the kiss, initiated by Eve, or the smile on Villanelle’s lips after. It would be a trap for Eve or the audience to think there is anything redeemable about Villanelle. As a scene late in the episode reveals, when the baby she kidnapped and discarded is shown on the news reunited with family, Villanelle doesn’t operate like sane, healthy people. She wants the happiness the child so innocently – and easily – enjoys, and with Eve she comes close to it. But it’s a child’s happiness, and that often is ignorant of reality. Villanelle’s reality is too horrific for anyone to forget. 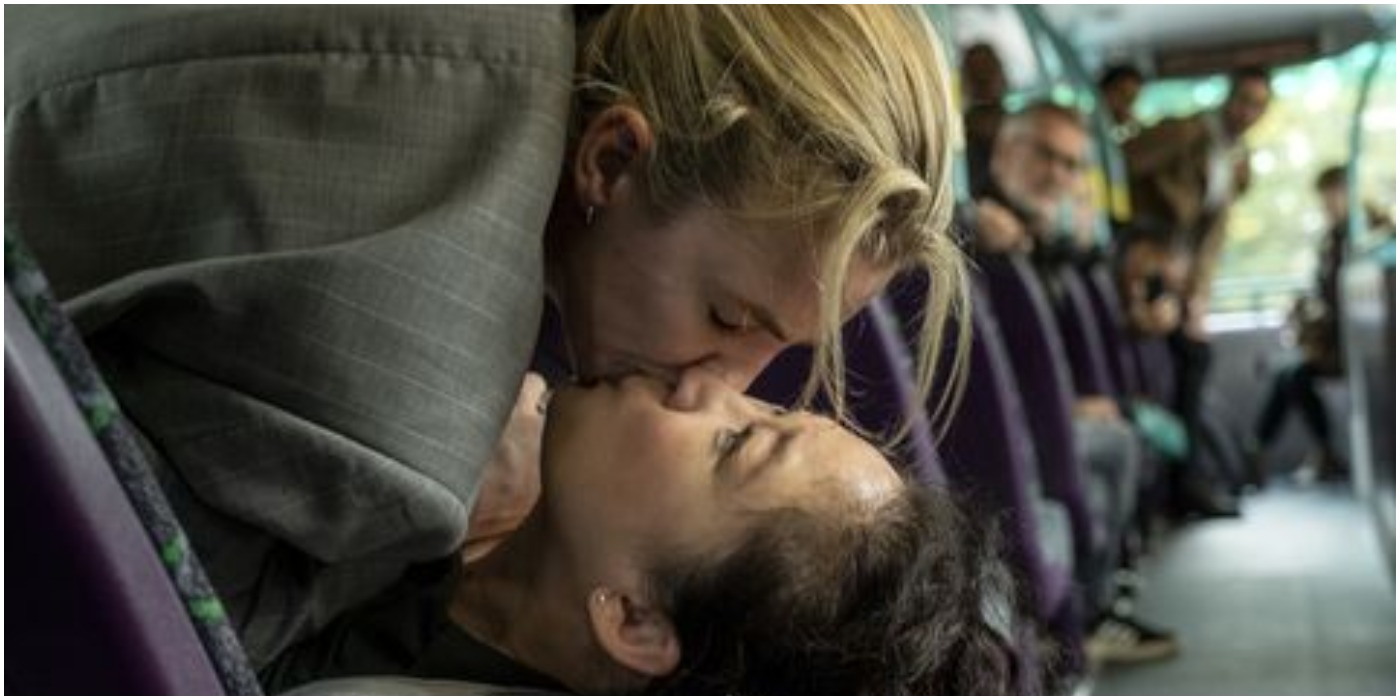 For Eve, desperate to find Kenny’s killer (and her husband, Nico, who checked himself out of the mental institution), Villanelle represents a distraction at best, and an obsession at worst. But now, with her marriage in ruins, her career, her life, there is nothing left to disguise the truth. She desires Villanelle. Where this goes for both characters presents a lot of fascinating opportunities, if the show continues to avoid the obvious and challenges itself to act as unexpectedly as its characters.

The Kiss (forever shall it be known as) overshadows quite a bit in the episode, but the investigation into Kenny’s death continues. Between Carolyn, her attache, and the crew at The Bitter Pill, the off the books investigation turns up a mysterious bank account Kenny was monitoring. It appears to have connections to The Twelve, and sure enough, we learn right away that it does. Konstantin pays a visit to Kruger, administrator of the account, which is missing over six million euros.

Kruger wants Konstantin to lend him some money to cover, but Konstantin acts cagey and Villanelle shows up to kill Kruger anyhow. She does so in alarming fashion, impersonating a police officer and shooting him in the back of the car Carolyn has apprehended him in. Who The Twelve are, what they want, and how they operate remain open questions at this point. They’ll need some answers before the season is over. Characters like Villanelle and Konstantin appear to be working at cross-purposes, which is likely intentional but without context only leaves you confused. 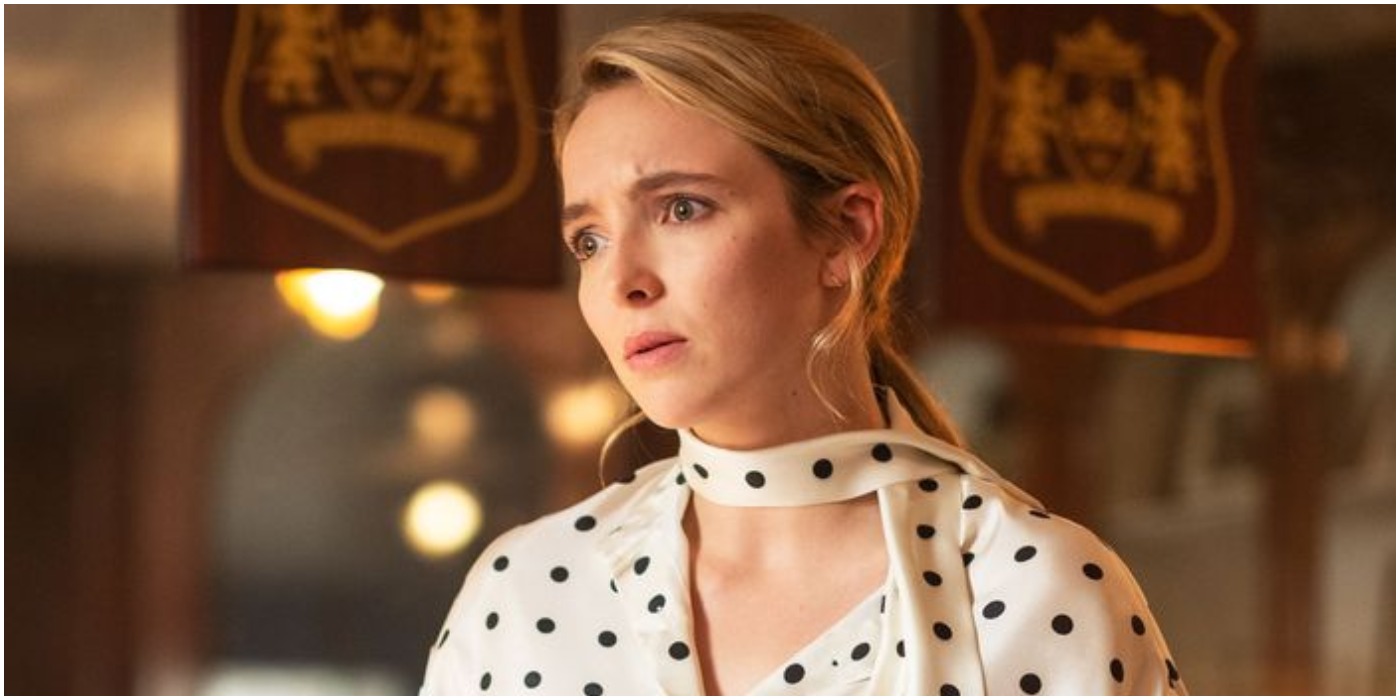 At the end of the episode, Villanelle surprises Konstantin in his bed in one of her signature goofy moments, and it’s here the thread of the baby really pays off. Villanelle is a child through and through, but she doesn’t see herself that way. She wonders with Konstantin if she was cute as a baby (evidently not) and then pivots suddenly into wanting to find her family back in Russia. If Villanelle is going to grow, it will have to come with some looking back and likely with some pain. She will need to leave behind the obvious parental figure in Konstantin, which doesn’t bode well for him.

But that’s if she can grow. “Meetings Have Biscuits” bristles with the possibility that she can, even as her depraved indifference reaches new lows. Is there anything – or anyone – for Eve to love? Is Villanelle simply a heartless murderer obsessed with clothes and money? Will her desire for happiness and humanity actually corrupt Eve in the long run, and the two exchange places?