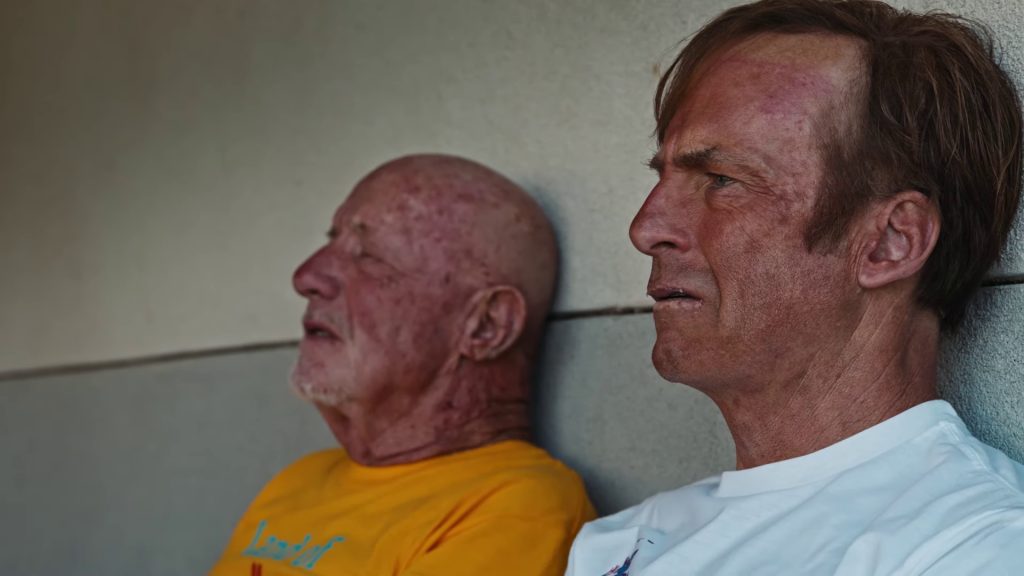 “We all make choices and they put you on a road… and it all leads to where you are right now.” Bad Choice Road is all about choices and their consequences. In the penultimate episode of Season 5, we see the results of choices made in the most intense scene of the series to date.

“Bad Choice Road” fittingly opens with Jimmy and Mike on the road in the desert that their choices have lead to. Then, we get a split screen of Jimmy and Kim. Jimmy is desperately trying to find cell service to call her, and Kim is helplessly waiting for Jimmy’s call. At times, Jimmy and Kim’s relationship has appeared to be very business-like, especially if you consider their recent wedding “ceremony”. However, this episode (and this moment in particular) shows that there is true emotion and love between these two. It was a beautiful scene, and all they could think about was each other. Kim’s reaction to finally receiving Jimmy’s call was heart-wrenching, and the choices she makes after this moment make complete sense, given her emotional reaction. 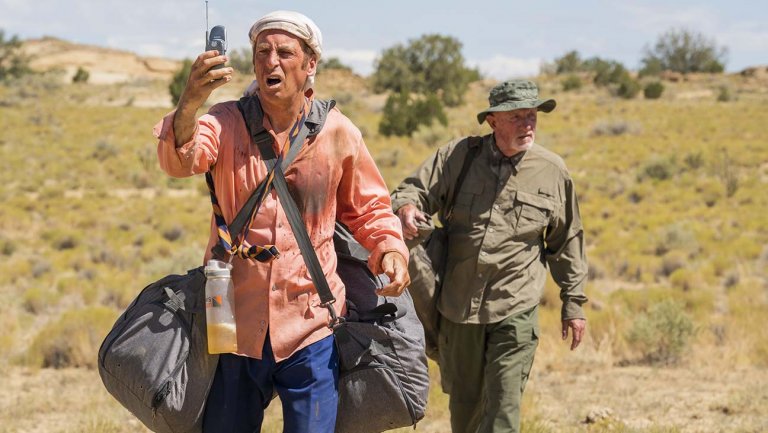 When Jimmy finally makes it back to civilization, he delivers the money, and gets Lalo out on bond. It is at this point that Lalo reveals that Kim came and visited him out of desperation. Jimmy is obviously worried about this, and goes home to talk to Kim. He warns Kim to stay away from guys like Lalo, because she’s “not in the game” like he his. Jimmy also tells Kim that he was alone in the desert, his car broke down, and he had to walk back. However, Kim is onto Jimmy and finds his “World’s Best Lawyer” cup with bullet holes in it, thus revealing his lie. 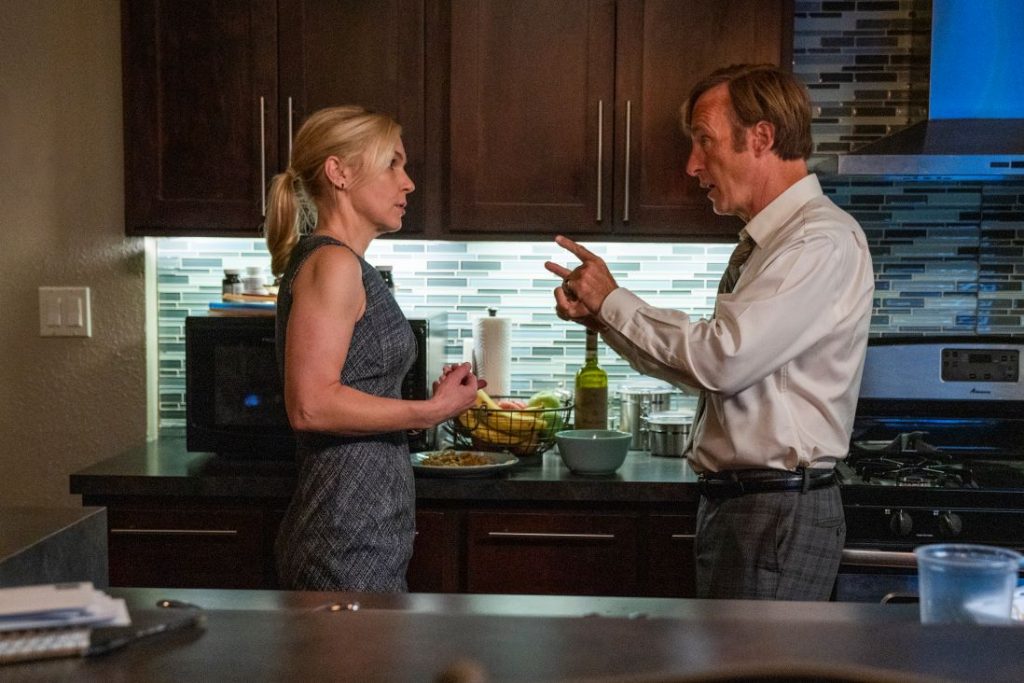 Later in the episode, we see that Jimmy is having intense flashbacks of the shootout, which suggests that he is experiencing PTSD. Kim making orange juice with the blender seems to be the trigger of the flashbacks. Kim tells Jimmy that she knows he’s lying and she’s not going to hold it against him, but she wants him to know that she is there for him and he can tell her anything. Despite Kim’s offer, Jimmy only reveals that he drank his own urine because he ran out of water in the desert. It’s obvious that Kim was devastated by the possibility of Jimmy being dead, and her priorities have changed. We then see her go to her law firm, effectively quitting her job and leaving Mesa Verde behind as well.

In one of my favorite scenes of the episode, Jimmy is clearly rattled and has a conversation with Mike, the only person he can talk to about what actually happened in the desert. Jimmy wants to know how long these feelings and flashbacks are going to last. Mike tells him that sooner or later he will wake up, go about his day, and realize he hasn’t thought about what happened. At that point, he will realize it’s possible to forget and things will get better (which I found very relevant to what we are all experiencing right now with Covid-19). He also tells Jimmy that “we all make choices and they put you on a road… and it all leads to where you are right now.” This quote captures the theme of this episode, this season, and perhaps the entire series.

Near the end of the episode, Nacho drives Lalo to the border, and we once again see the well where the Salamanca “cousins” delivered the money to Jimmy. Lalo’s curiosity leads him to Jimmy’s car, which he finds in a ravine. Lalo then discovers a bullet hole in Jimmy’s car, and questions the story that Jimmy told him. In what I thought would be a cliffhanger, we see (arguably) the most intense scene of the entire series as Lalo confronts Jimmy and Kim at their apartment. 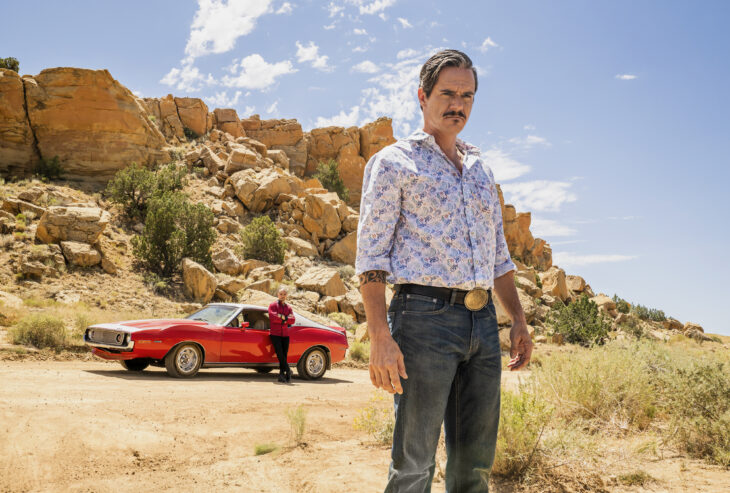 Lalo casually makes himself at home in their apartment, taps on the fish tank, and sits down on the couch exposing the gun in his pants. He then keeps asking Jimmy to tell him the story of what happened in the desert, over and over. Jimmy sticks to his story, adding minor details each time he tells it. As I watched this scene play out, I could feel the tension and my own anxiety that Kim would be killed by Lalo. This was especially true when Kim stood up for Jimmy and defended him, telling Lalo that he needs to get his life in order because Jimmy was the only person he could trust to do this job. Kim tells Lalo that Jimmy does not lie to her and he doesn’t lie to his clients, which was enough to convince Lalo to leave, thankfully. 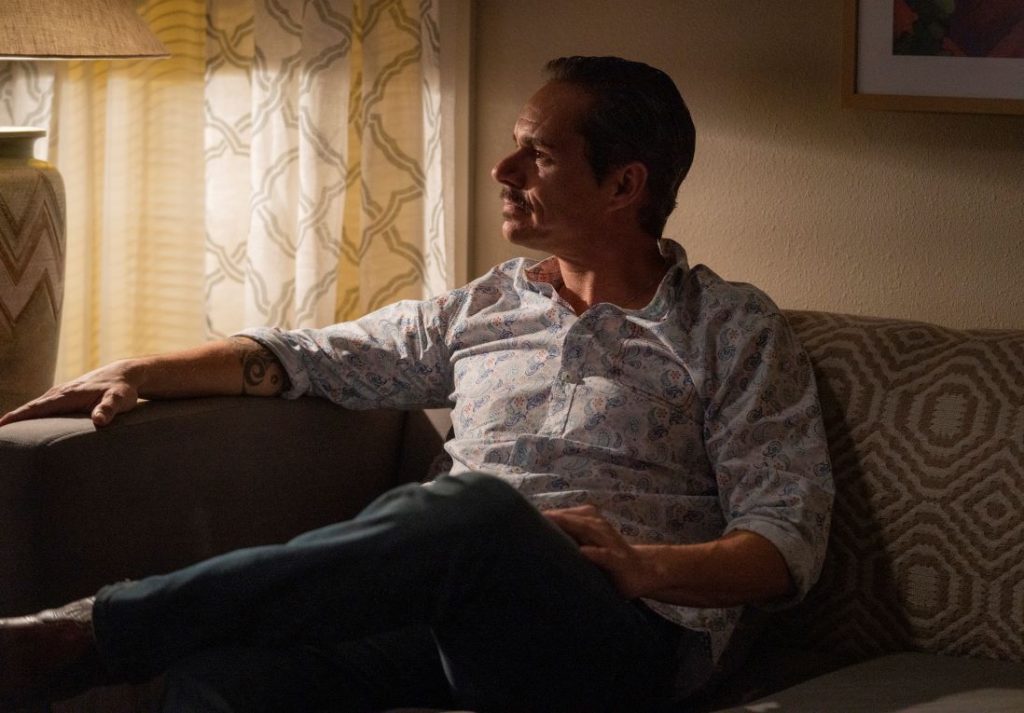 In my favorite season of this show, Better Call Saul continues to impress me with its strong character development, dialogue, and increasingly emotional complexity. I can’t wait to see what happens next week in the final episode of Season 5! 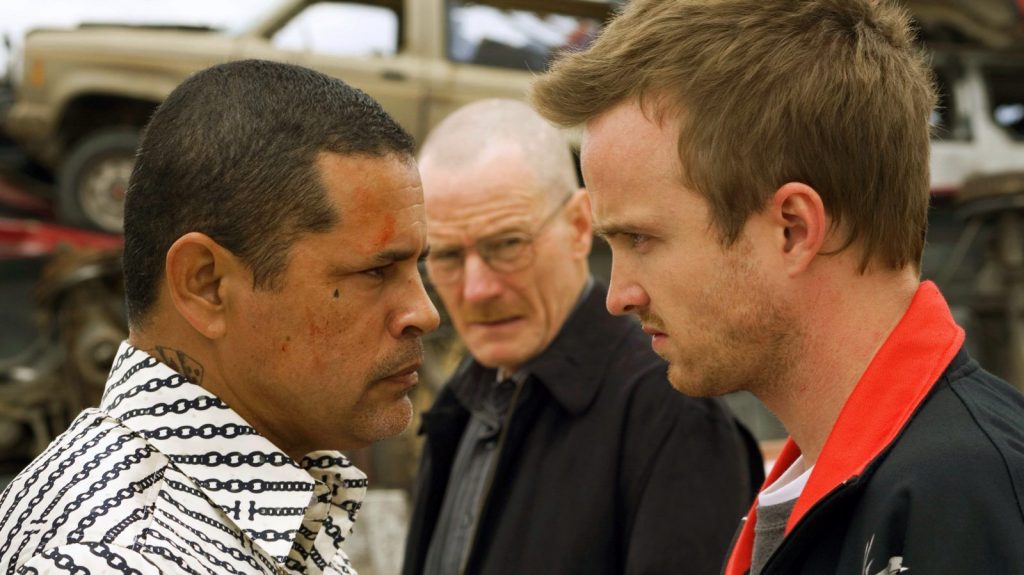