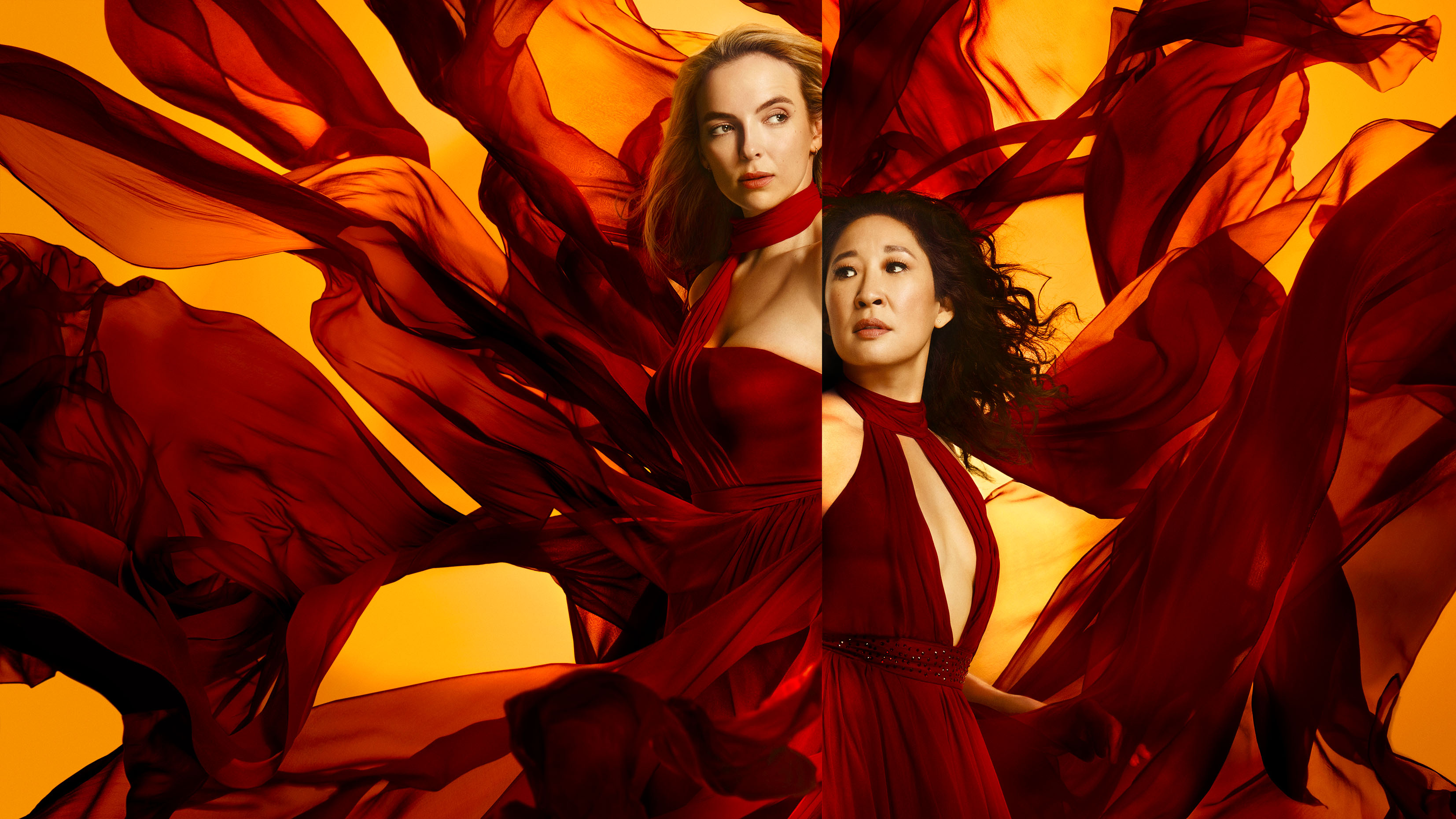 Killing Eve faces a huge challenge going into its third season. The ‘Will They, Won’t They?’ intrigue of assassin Villanelle and MI6 agent Eve Polastri has been stretched to its absolute limit. Both have tried to kill the other, and there are only a very few places the show can go from here.

There has to be some consummation of their kinetic, toxic relationship – romance? – either in the bedroom or on the battlefield. The likelihood of them running off together as a modern-day Bonnie and Clyde seemed foreclosed at the end of last season when Villanelle shot Eve in the back for turning down such an offer. The prospect of one killing the other doesn’t seem likely either, given we discover Eve is alive and well early in the first episode of the new season, and we know there will be another.

An inability to move forward, only back, informs the generally subdued mood of ‘Slowly Slowly Catchy Monkey.’ We find Villanelle at her wedding reception, having just married a woman primarily for her shoes. But in her toast, Villanelle can’t escape referencing Eve, who she refers to as her ‘ex.’

The queer-coding of the show has been heavily debated, and not exactly subtle, so it’s good at least the lid truly comes off here. The relationship between Villanelle and Eve can no longer be a tease. If it continues, there has to be some progress, and Villanelle’s wedding suggests at least the possibility that the show intends to be more open and less coy about this aspect of the characters. 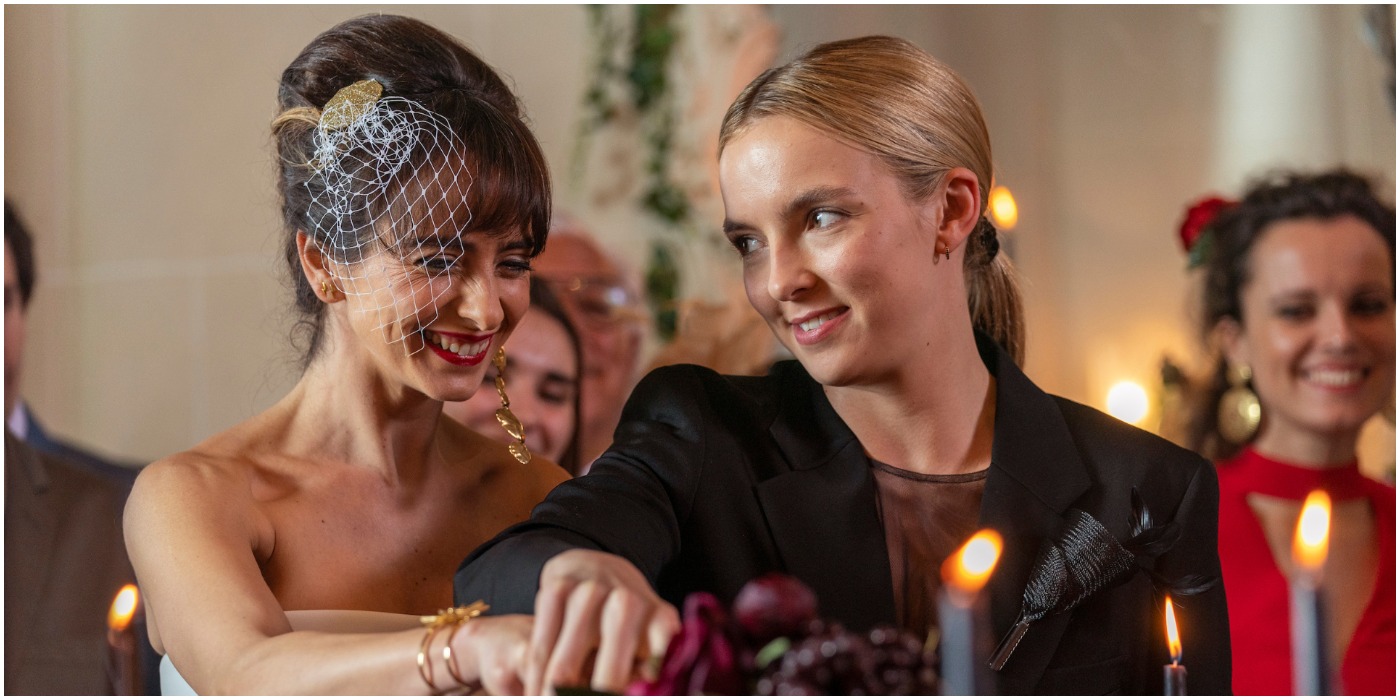 But then again, maybe not. The reception is interrupted – and the wife completely forgotten – when Villanelle discovers one of her former handlers, Dasha, lurking in the shadows. Dasha and Villanelle get in a knockdown, drag-out fight that underscores the general exaggerated style of the loveable but scary assassin. Jodie Comer remains an absolute delight, playing Villanelle with a verve and spirit that makes you like her despite the fact she’s a homicidal maniac. The character remains in danger of becoming a caricature, but the first episode wisely keeps Villanelle grounded.

Villanelle, despite her statements to the contrary, misses Eve. Dasha wants to get back in good with the mysterious Twelve and has brokered a deal where she will if she delivers Villanelle back into the graces. Villanelle agrees, only if she becomes a Keeper, or handler, herself. This has promise for the future. As Eve drifts further toward the murderous side of the scale (having committed her first ax-murder last season) the idea Villanelle could end up as Eve’s handler is the kind of twist the show could use.

But let’s not get ahead of ourselves. Eve is effectively in hiding, living above a Korean restaurant in outer London where she also works. She’s getting a divorce from her husband Nico, who’s now in a mental health facility, it seems – one wonders how she would go from him to Villanelle, a prospective patient if there ever was one – and she’s trying to forget the disaster of her MI6 career. 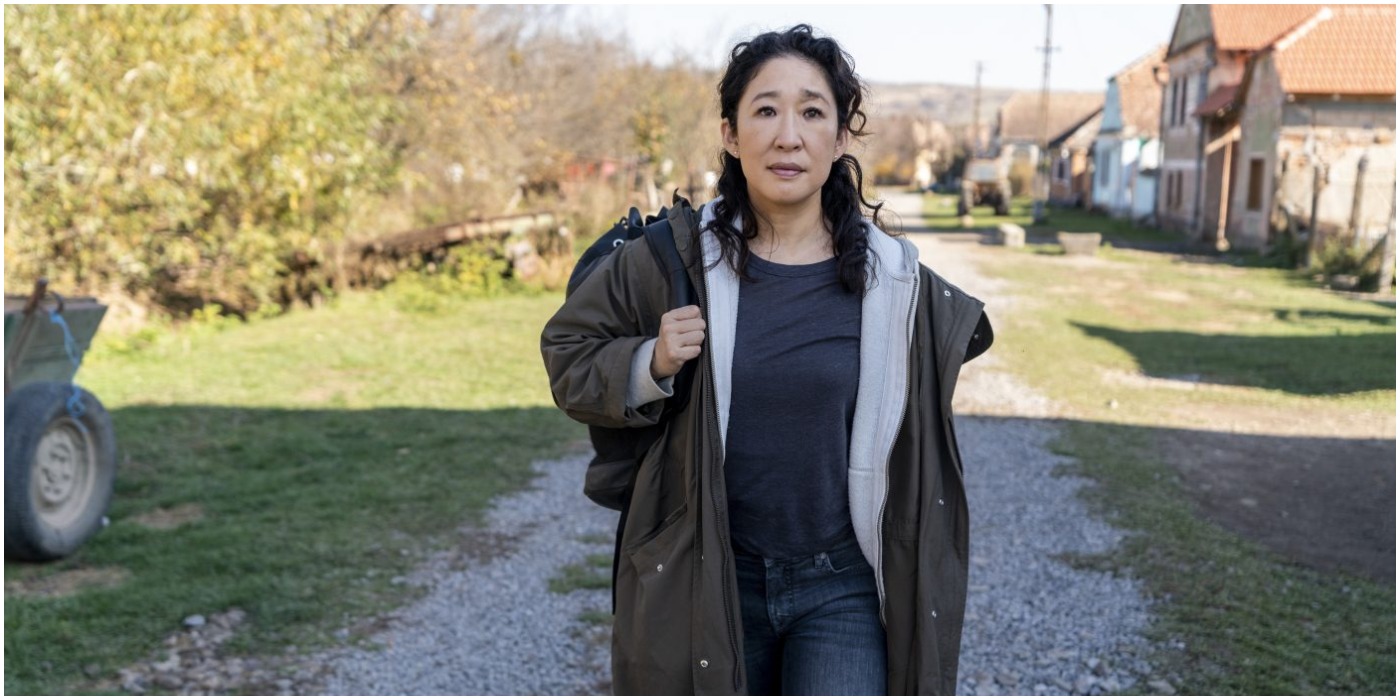 But she can’t. These two women can’t escape each other. She drunk texts her former MI6 buddy Kenny, son of Eve’s former boss Carolyn, and he shows up in her apartment. Kenny is now working – well, he’s somehow being paid for not writing anything – an online publication called The Bitter Pill. What he’s doing is investigating The Twelve, the shadowy organization behind all of Villanelle’s kills.

Kenny represents some sanity and humanity in Eve’s life, and it’s much appreciated. Her obsession with Villanelle, which long crossed over from the professional into the personal, remains a fixture in her life, regardless of what she says. What is her fascination, though? Is it sexual? A good clue is in the difference between how Sandra Oh plays Eve in scenes with Nico.

In the brief scene at the mental institution and throughout the first two seasons, Oh gives Eve a heightened sense of being ‘on’ around Nico. We don’t see the difference until she spends a prolonged amount of time with Villanelle. The difference is stark. With Villanelle, she’s relaxed – well, after she decides Villanelle isn’t going to kill her – and confident in a way we don’t see otherwise. 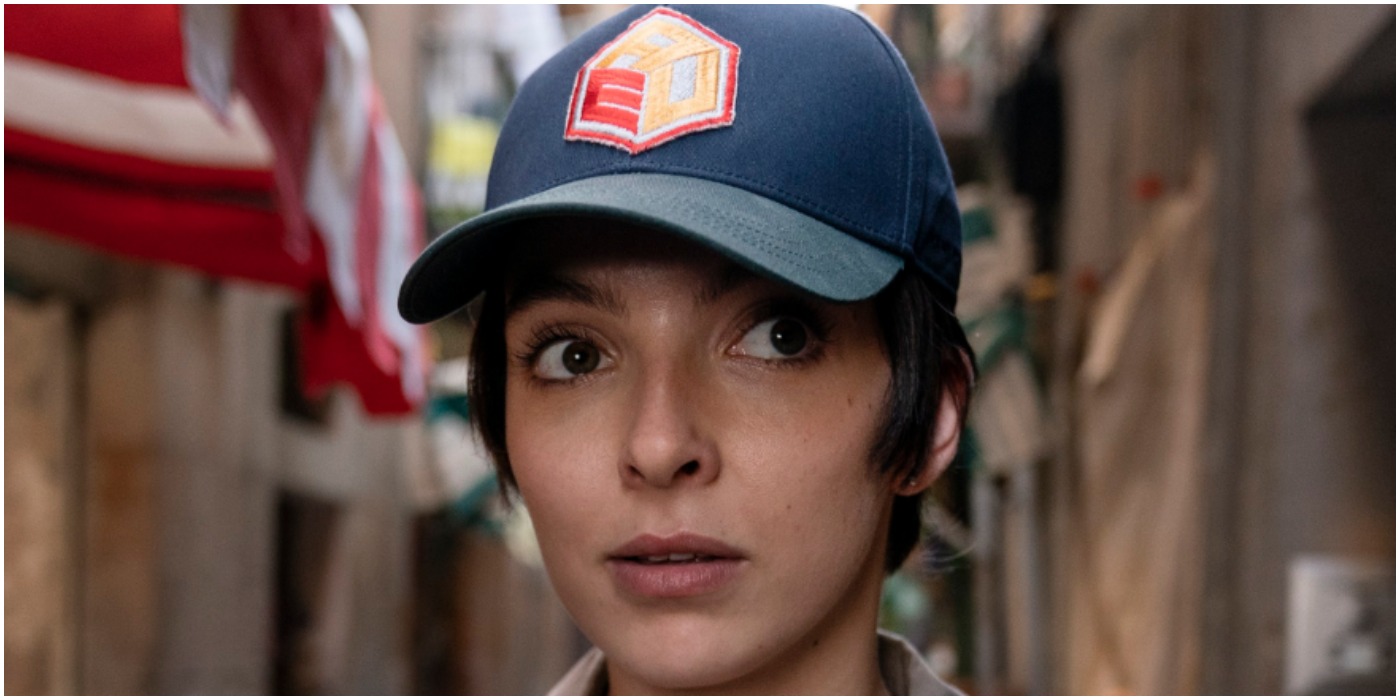 Is that a sexual thing? Villanelle thinks so. Or is it an empowerment? Is Villanelle the woman Eve wishes she could be? Unfettered, unbound in any societal convention and unattainable? Eve is a woman defined by her choices, but Villanelle isn’t. Villanelle changes her name, her look and her mind with a speed that is almost certainly diagnosable. But at the same time, it’s appealing. She’s a chameleon, a rebel, an avatar. Eve doesn’t want to make love to Villanelle; she wants to be her.

That confusion has already led to permanent scars for both of them, and Eve gets another at the end of this episode. She decides to come out of her shell a little bit to have drinks with Kenny, but when she goes to the offices of The Bitter Pill, she arrives just as he is thrown off the roof.

As one of the few truly likable characters in the show, and one of its last connections to a stable reality, you wonder where this will lead the series. Will Eve careen completely out of her former life? Will she seek revenge, and will that lead to Villanelle? Does Villanelle have another murder on her hands?