Back when Star Trek: Picard was first announced, Patrick Stewart promised fans a show that would be very different from what they’ve seen before. While in many ways that has been true, the first season didn’t capitalize on its bold choices, and it the end, leaned on easy, familiar tropes.

A week out from the end of the first season, some perspective emerges on the show. It helps to rewatch it in its entirety, which you can do for free, thanks to CBS All Access (what else are you going to do!). Week to week, the show introduced new concepts and reintroduced fan favorite characters, and whatever you concerns you had about the plot or its progress were mostly deferred, knowing there was still more story ahead. Once the show reaches the end, though, you realize its reach may have exceeded its grasp.

First things first. Star Trek: Picard is the best Star Trek we’ve had in twenty years. Not since the end of Deep Space Nine have we had anything remotely close to the quality or audacity of this show. Patrick Stewart, Michael Chabon, Kristen Meyer, Alex Kurtzman and Akiva Goldsman all deserve credit for daring to bring back a beloved character and turn him and the Trek universe upside down.

Star Trek: Discovery has featured amazing production values and excellent acting, but it’s been hampered by constant turnover in its writers room and a lack of direction. Picard arrives with a clear, ambitious directive: Jean-Luc Picard and the Federation are not what they once were. The bold, fearless hero is in exile. The Federation is in full isolationist mode, after turning its back on the Romulans.

The decision to accept the supernova of the Romulan star, the impetus of the 2009 Star Trek feature film reboot, is a bold, outstanding choice. Exploring the implications of that catastrophe on the Prime timeline creates infinite new storylines to explore. Picard leads the charge, assembling a rescue armada to save as many Romulans as he can. And then things go wrong, as the armada is sabotaged by synths. Picard resigns in protest. The Federation bans synthetic life, and tells the Romulans to drop dead.

Choosing to portray the Federation in a negative light upset some fans, but it was a provocative and necessary decision. The Federation has never been perfect, and while not explicit in the show, is still recovering from the devastating effects of two wars with the Borg and Dominion. A reticent, regressive Federation is not hard to imagine, especially when it comes to their age-old enemy, the Romulans.

This sets up a powder keg of a premise: Picard discovers the existence of a new synthetic lifeform, Daj, who appears to be the daughter of Data. Data lives! She’s on the run from Romulan agents who want to destroy her. Picard, fallen from grace, must set aside his pride and grief and be the human being we all aspire to be. Throw in the Borg, some F-bombs (oh so many F-bombs) and you can’t go wrong. 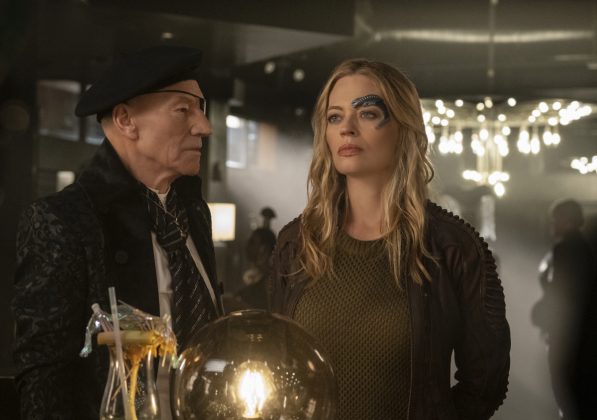 The first sign things are not going to go exactly as we hoped is the show takes too long to get going. Picard doesn’t leave Earth until the third episode, and then spends the fourth collecting another member of his impromptu crew on the La Sirena, Elnor. Elnor is great, and the additions to Romulan lore are much appreciated, but there are two problems. Elnor ultimately doesn’t do anything, and all that new Romulan lore doesn’t prevent the show from making them what they’ve always been: villains.

The crux of the season is that synths are bad, and Romulans fear them for reasons that aren’t made clear until too late. In a nutshell, the Romulans discover a message that warns against the advance of synthetic life. Some Romulans form a secret cabal called the Zhat Vash to systematically sabotage the progress of AI not just in their society, but others. The concept that the Romulans would sabotage their own rescue armada simply to scuttle Federation synths is a fascinating one, and never capitalized on.

Rather than twist the knife on the show’s initial ambition to turn everything upside down, Star Trek: Picard undermines its entire premise and message by making the Romulans right about the synths. The dire warning turns out to be a message from ancient synths to future ones, offering an oasis for them from organics, and also a helping hand. These ancient synths are depicted as evil, insectoid Old Ones intent on destroying all organic life. So the Romulans actions were justified, then? 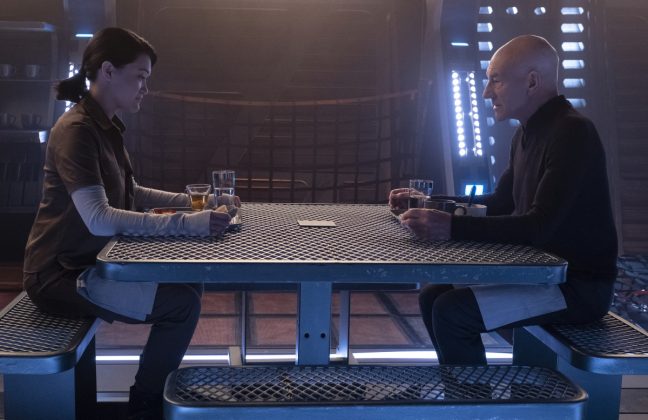 The show doesn’t know. Being coy at the end isn’t the same as being subtle. The thread of a darkened Federation, complicated Romulan Empire and a hero torn between his ego and common sense are lost by making the big bads just the big bads. The Romulans settle into mustache twirling, Lannister-miming caricatures who evidently were right all along. And as a result, the show presents a false choice.

Picard lobbies Soji to not be the villain the Romulans believe synths to be, but she isn’t, and it’s not on her to prove a negative. The onus of being something more than what people fear you to be falls to the Romulans, who have misunderstood – or not, who knows? – an ancient message, have sabotaged their own rescue and have injured the Federation in such a way to ignite another war. But the show doesn’t ask the Romulans to be something other than what they’ve always been. It doesn’t embrace its potential in echoing our cultural moment by making the negative forces of division, isolationism and racism take a look in the mirror. It asks the victims to be better than their oppressors.

Picard tries to avoid the apocalypse and stand up for synth rights at the same time, and ends with him dying, but resurrecting into a synthetic golem body. This is both the greatest and least successful element of the season. Here, all the strands converge, including the legacy of Data. We learn at the very end (!) of the final episode (!!) that Data’s memory engrams do survive – and so does he (!!!) – in a quantum virtual reality on the synth planet. Data is alive! All this time! YES! 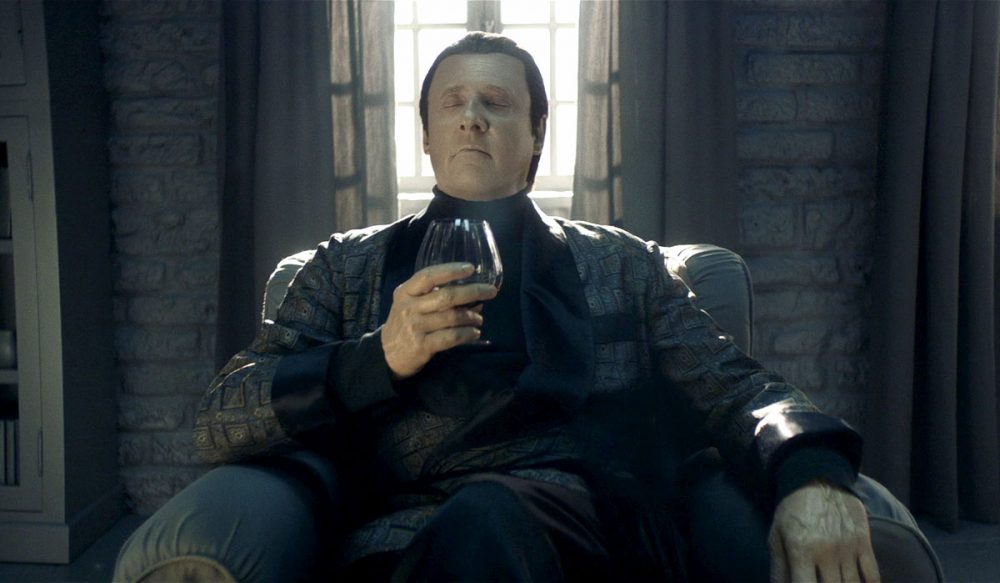 But he wants to die, for real, to be truly human. Picard grants his wish. It’s an extraordinary scene between Patrick Stewart and Brent Spiner. The choice is right. Data’s goal to become more human makes this moment inevitable. The opportunity to revisit and revise the less-than-perfect end of Star Trek: Nemesis is appreciated. But narratively, the show squanders its biggest opportunity.

At the end of the Nemesis, Data makes a choice. Picard’s life, over his. Throwing out a monumental revelation like the survival of Data in the last fifteen minutes of the last episode, with no buildup or chance to investigate, robs the show of the opportunity to revisit that choice. The elements are there. Both Picard and Data are ‘dead.’ One synth golem exists. One of them can return to ‘life.’ Picard would likely give up his seat for Data, and given his grief, you’d think this would be where the story is going.

But it doesn’t. The choice never appears. A shocking development, and an emotional decision, never gain the weight they should have. Instead, the show focused on Game of Thrones style twists and turns and bland third-act summer blockbuster action scenes, denying a great, classic Trek investigation of morals, ethics and humanity. If the show is going to be something we’ve never seen before, then it should. Just being more than Trek isn’t enough. Whenever Star Trek mimics other franchises, in the films or TV, it doesn’t go well. Trek isn’t blockbuster space opera. It’s a lens through which we view our now, and the parts of ourselves and our society we don’t always like to see.

Star Trek: Picard was an incredible return to form for a franchise in a deep state of flux in the last two decades. Looking back on the first season, my suspicion is that it’s transitional. With its immediate past behind it in the Kelvin-timeline consequences for Romulus, and the sins of Nemesis absolved, the franchise can look forward to a future that is truly unbidden to what has come before.