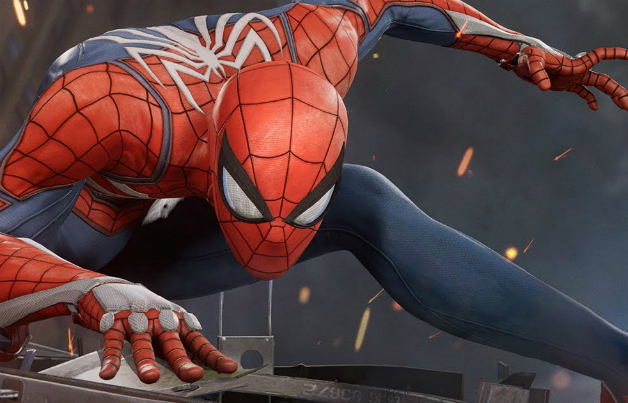 A sequel to Insomniac’s smash-hit Spider-Man game for the PlayStation 4 is inevitable, and from the sound of things, it will be a major title for the PlayStation 5 by the end of next year. A new set of rumors, which corroborate with an existing set of rumors, hint at the expanded scope and narrative that the sequel is going to have. (Spoilers for the first game ahead!)

Back in January, a report on the content that will be featured in the Spider-Man sequel surfaced. A few days ago, a new report backed up some of the existing information and added quite a bit to the existing rumors. This article will cover elements discussed in both posts, along with replies from the users that posted the initial threads. These threads note that the game won’t be coming to the PlayStation 4, likely as a way to take advantage of the successor console’s improved hardware. Anyway, let’s get into it.

According to the leaks, the game will be set in the Winter after the DLC story missions of the first game, with New York covered in snow. Following the defeat of the Sinister Six, Peter Parker is living with Mary Jane, and he’s teaching Miles Morales lessons on how to handle his new spider-powers, all while mourning a very personal loss that he experienced. Meanwhile, Oscorp is reeling from the Devil’s Breath epidemic that put Manhattan on total lockdown, which was ultimately stopped by Spider-Man after he helped develop the cure for the city. Norman Osborn’s reputation has been seriously damaged as a result of the virus that he created hitting the public, although the disaster has not deterred him from seeking a different cure for his son’s deteriorating condition. As such, Osborn is looking to utilize Symbiotes and to clone DNA in order to come up with a better solution… Which, naturally, backfires, creating new supervillains. Other plot details are under wraps, but it seems like Oscorp being at the center of everything once again is the natural choice for the story. In addition, some ties to the greater Marvel Universe are expected, although the story will continue to be about Spider-Man. 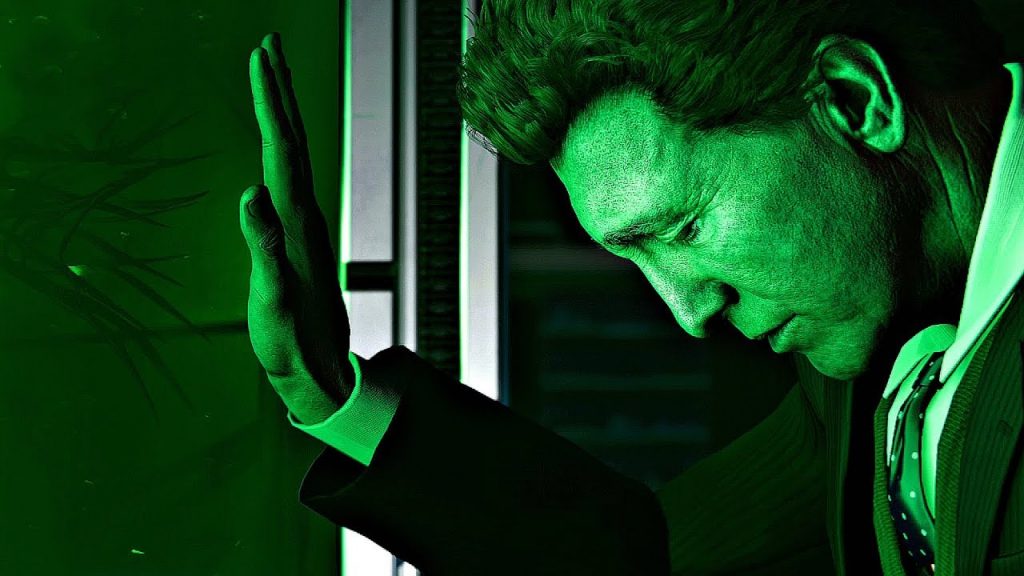 The first Spider-Man featured a pretty impressive gallery of villains and anti-heroes, including Kingpin, Shocker, Mister Negative, Vulture, Electro, Scorpion, Rhino, Doctor Octopus, Hammerhead, Tombstone, Screwball, Taskmaster, Black Cat, and Silver Sable. (It remains to be seen if Morgan Michaels, a supporting character from the first game, will return to become Morbius the Living Vampire as some fans have speculated.) Nonetheless, several classic antagonists were not included in this lineup. Although it’s not clear if any of these characters will be returning for the sequel, the posts suggest that Norman Osborn will finally become the Green Goblin, and he’ll be joined by villains like Lizard, Mysterio, and Cardiac, among others. It sounds like there will be many more supervillains in the sequel, and possibly even enough to form a new iteration of the Sinister Six.

What’s more interesting about the villains, of course, is that Venom will be among them and play a large role. The character is one of the most well-known Spider-Man antagonists, and Sony is using the Lethal Protector to spearhead their own cinematic universe. But there’s a catch – the character with the Symbiote will not be Eddie Brock, who will still be present in the game, but Harry Osborn, taking a page from the Ultimate Spider-Man cartoon. The post-credits scene of the video game featured a scene of Harry in a medical tank, bonded to a Symbiote, so it only makes sense. It appears that the game will be taking the Ultimate Marvel Comics route of the Symbiotes being lab experiments rather than aliens, which would be potentially easier to explain. But Venom isn’t the only Symbiote in town, as Carnage is stated to be involved as well.

So even not counting the villains that are likely to return, that’s quite an intimidating roster of enemies for Spider-Man to face. Meanwhile, the supporting cast of characters will include the aforementioned Eddie Brock, Eugene “Flash” Thompson, Ben Urich, and Aaron Davis, along with most of the cast from the first game returning. Brock is said to be a major character, while Mary Jane sits out most of the first act. The big detail is that Miles Morales will be playable once again, but this time, as the second Spider-Man. The posts suggest that the younger Spider-Man is going to play a bigger part in the sequel now that he’s presumably in the swing of things, although it isn’t clear how much he’ll be playable in this game. He will be part of some key sequences, and the player will switch between Miles and Peter in a method similar to the mechanic used in Batman: Arkham Knight, although it’s not currently clear if players will get to use him outside of story missions. Miles will play differently from Peter, complete with different combat styles and special abilities. Don’t expect multiplayer, though. 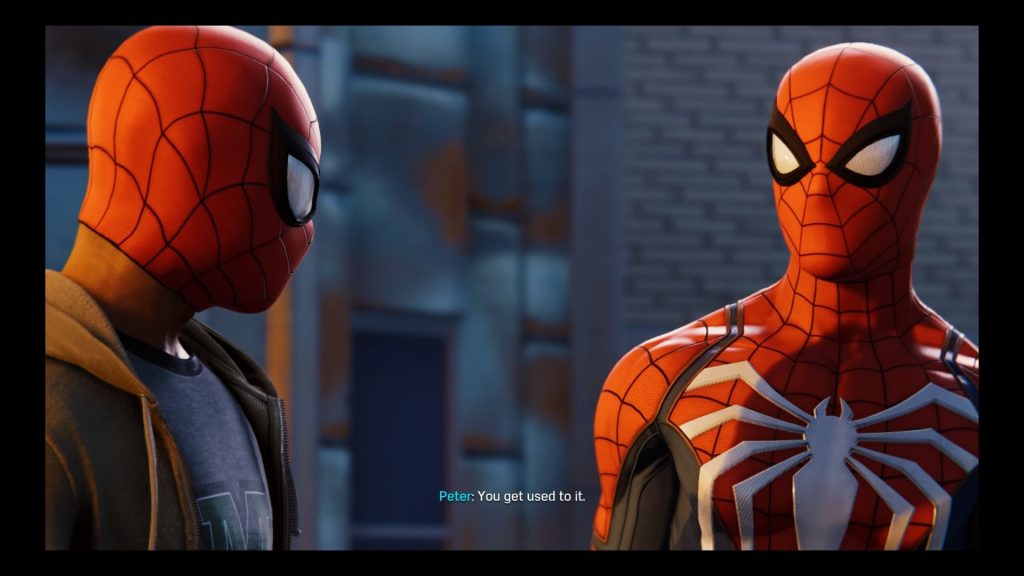 The game features the return of the extensive Manhattan map from the first game, alongside new map expansions covering Peter’s hometown of Queens and Miles’s hometown of Brooklyn. Going from one map to another should be pretty seamless, as players can cross a few bridges to get either of the boroughs. It’s not clear if going to either boroughs are going to be considered separate maps or part of one massive map, but unless the PlayStation 5 is ridiculously powerful, expect the former. It’s also suggested in these posts that players may be able to visit other boroughs, although if that’s the case, then it’s likely that only portions will be available rather than the entire city. In any case, expect Queens and Brooklyn to be the priority due to their importance to the lives of the main characters.

One portion of the first leak describes randomized encounters that will ensure quite a bit of gameplay variety while in free roam:

The second leak, in the meantime, gets more into the mechanics of the game. Players can utilize a “web-chain” system, where Spider-Man can instantly zip from one vantage point to another again and again in rapid succession – in other words, you can set where you’ll zip to next while you’re in the middle of one zip. Web-swinging is set to get a number of varieties and animations, with an option resembling the previous game, an option resembling the physics seen in the 2004 Spider-Man 2 game, and an option that ignores traditional physics and allows Spider-Man to swing off of nothing. Lastly, better photogrammetry will be implemented in order to make a more authentic-looking version of New York City than even what was shown in the previous game.

If any of this is true, then it sounds like the follow-up to one of the most celebrated Spider-Man stories ever told could be equally as special, or – dare I say it – be greater than what came before. Sony aren’t in a hurry to make any major announcements at this point in time, given that they aren’t talking much about the PS5 aside from the hardware. It is likely, however, that the game will be revealed in the Summer if all is well at Insomniac.

A sequel to Marvel’s Spider-Man has not been officially announced by Insomniac Games, but it will likely be a PlayStation 5 exclusive when (and not if) it happens.