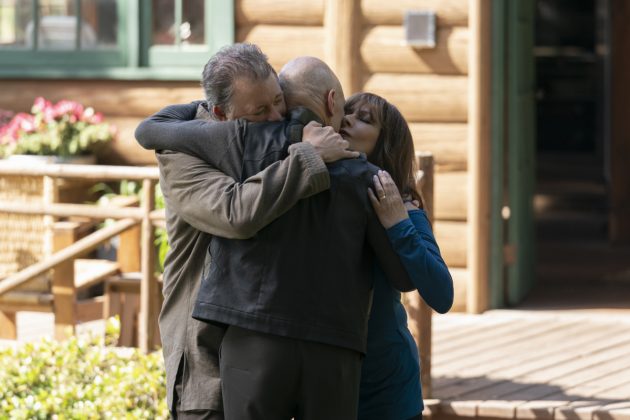 What we believe about ourselves dictates a great deal of our life. Confidence, justified or not, can propel a person to great heights, or abyssal lows. Star Trek: Picard has been a study in the myth of the self, and nowhere more so than ‘Nepenthe.’ Have your tissues handy, folks.

The episode begins as they customarily do on this series, with a flashback. This time it’s to just a few weeks ago, when Dr. Agnes Jurati received a visit from head of Starfleet Security, Commodore Oh. We didn’t see all of that conversation initially, and certainly not what motivated Jurati to kill her colleague and lover, Bruce Maddox, at the end of episode 5. Now we do. Oh mind melds with Jurati, and shares with her an apocalyptic vision where the Earth is destroyed by synths. The why and how of this remain frustratingly vague, as does Oh’s capability here. The sunglasses Oh wears suggest she’s not really a Vulcan, but Romulan, but the obvious mind melding throws another wrinkle in that. Jurati instantly accepts Oh’s request to tag along with Picard, and make a ‘huge sacrifice.’ If the series has a major problem, it’s that much of its plot and emotional motivations are obscured in the mystery of what is going on.

Then we catch up to the present, where the La Sirena is captured in the tractor beam of the Borg cube. They try to get away, but are then released; in a bit of Empire Strikes Back love, letting them go was a trick, so Narek could pursue them in his own ship, just out of sight. This lasts only a bit as Rios picks up Narek and does some warp jumping to lose him. Narek stills on the trail, thanks to a tracking beacon Oh had Jurati ingest back on Earth. Rios becomes suspicious, and Jurati grows increasingly unstable. Alison Pill does amazing work with Jurati’s disintegrating state of mind, but like with everything else, you kind of want more information to hang all this emotion and intrigue on. 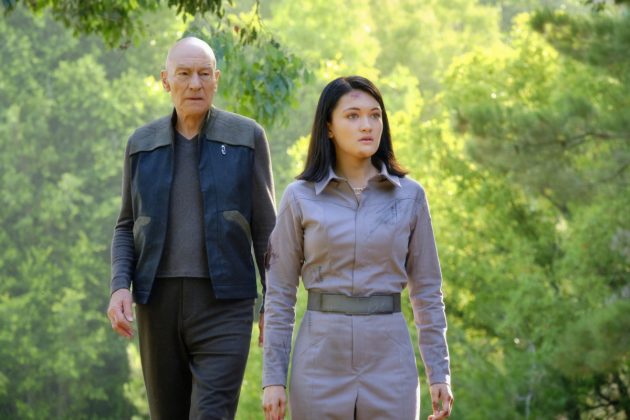 But all of that is an appetizer to the main course of the episode, which is a reunion twenty years in the making. Picard and Soji escaped the Borg cube thanks to some deep lore, and find themselves on the planet Nepenthe, and in the crosshairs of a young girl named Kestra. Kestra turns out to be the daughter of William Riker, and Deanna Troi. The Rikers are living a seemingly idyllic life on Nepenthe, with a beautiful home on a lake, a garden and an adventurous, curious daughter. Keeping with this series tradition, not everything is great. We learn the Rikers also had a son, Thad, who died. The reunion, and the reality of our heroes, is all moving and deftly handled.

The episode wisely lets Deanna drive most of the emotional energy of the reunion, as her power as an empath and one of the few people who has insight into Picard’s mind makes her ideal to solve this Soji mystery. This is easily Marina Sirtis’ best performance as Deanna, who wears her emotions on her sleeve. Riker never stops Number Oning,fretting over Picard – ‘What did I tell you would happen if you went through with the rescue armada? You’d be ass deep in Romulans the rest of your life‘ – and immediately raising shields (around the house!). Jonathan Frakes is also back in fine form, and it’s lovely to see that the distance that once existed between the Enterprise crew during The Next Generation is a thing of the past. The off screen closeness of the actors shines through fully, and its a treat for long time fans.

Thad’s Tolkienesque invention of languages and his interest in homeworlds – he was a Starfleet brat, raised on ships – is a lovely, poetic detail. His invention provides a nice layer to the themes of the series. Soji and Dahj’s entire lives were manufactured. Picard’s myth often outstretches the man. The Borg are people, from all different cultures, under all that tech. One suspects the Romulans are not exactly as advertised. Less poetic is the circumstances of Thad’s death. It’s a result of a rare silicon-based disease that to cure, requires a positronic matrix. Because of the synth ban, none existed, and Thad died. This is an unnecessary wrinkle, and a symptom of this season’s tendency to link everything back to one event. All of the lore connections the show makes are fun, but there are limits. It’s a big galaxy out there. Picard can’t be responsible for everything, just as everything in the galaxy can’t be awful. 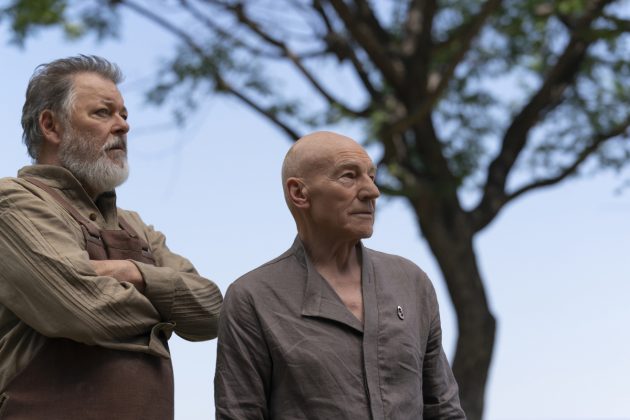 Things remain ugly though. Back on the Borg cube, Hugh watches as Narissa (yawn) executes ex-Borg drones to get him to reveal where Picard went. This eventually culminates in Narek following the La Sirena, via the tracker on Jurati, which Narissa (aide to Commodore Oh) had to have known about. She lets Hugh go, but he’s done screwing around and ultimately he and Elnor, who remains aboard the cube for reasons unknown, attempt to access the Borg Queen’s cell again. It should be noted that the production design of the Borg cube is amazing, staggering and some of the best on TV. Narissa shows up. She and Elnor Kung Fu fight, and in the process, Narissa kills Hugh.

This is upsetting and unnecessary. It’s done in the service of protecting Picard, so it works, but it doesn’t sit right. Hugh is a minor character, but with a major role in this new series. He is responsible for the ex-Borg, and his death comes at great expense to them. Though I suspect they’ll get a new guardian, as Elnor summons Seven of Nine at the end of the episode.

Back on Nepenthe, Soji struggles with accepting her identity, and reality. Picard is pushing her toward the fact she’s Data’s daughter, but Soji doesn’t know who that is (Kestra fills her in). Troy upbraids Picard for his clumsiness around her, and we see here Picard isn’t far from the awkward person he was around children, and even his officers, at times. Picard prefers things clean, clear and consistent and that’s just not his life anymore. He believes he can do anything, but he’s never done it without help. The myth of Jean-Luc Picard is finally punctured for the man himself here, as he realizes he has no clue what is happening, what to do or where to go next.

Everyone gathers around the dinner table for some Conference Room brainstorming, and get to where Narek is trying to go: the planet with the blood red moons. This is Soji’s home, and where we’ll find all the answers. They still don’t have a name for the planet, but in a moment proving kids will always run circles around their parents, she looks it up online. 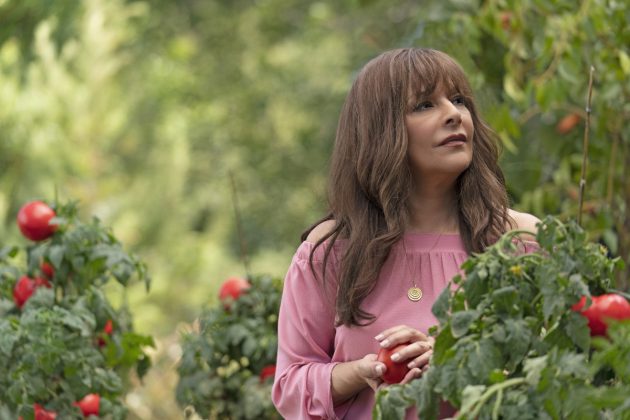 The La Sirena ditches Narek as Juarti comes to her senses and injects herself with something (again, vague) to spike the tracker. She goes into a coma for her trouble, but the ship makes it to Nepenthe, and Picard, Soji and crew are off to a dramatic showdown in the Veidt sector. Hmm.