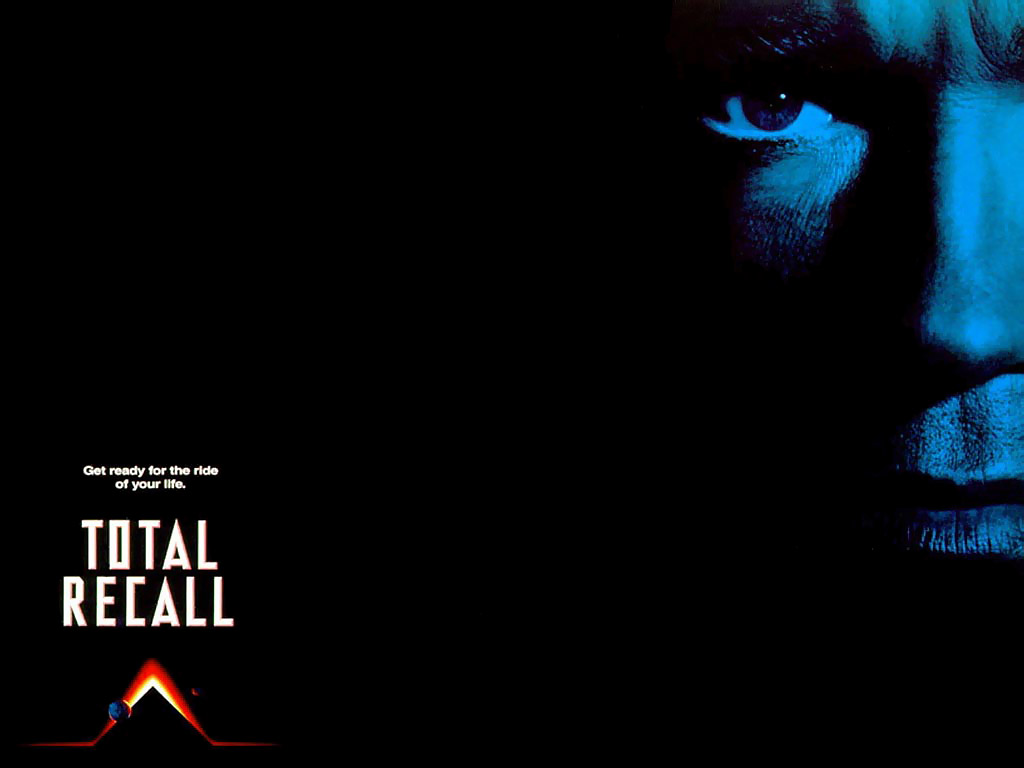 Arnold’s box office appeal has faded over the intervening 30 years, but in 1990 he was Hollywood’s biggest movie star. Although Arnold has often been criticized for his acting, or lack of acting, the late movie critic, Roger Ebert, praised the former Mr. Olympia:

The performance is one of the reasons the movie works so well…by allowing himself to seem confused and vulnerable, he provides a sympathetic center for all of the high-tech spectacle.

Ebert gave Total Recall three and a half stars and rewarded the 2012 remake with Colin Farrell with a three star review. Not only did it gather some critical acclaim it was a hit with audiences, bringing in $119.38 million domestically. Ghost, starring Demi Moore and Patrick Swayze was number one that year with $217.63.

Arnold’s character, Doug Quaid, leads an ordinary life as a construction worker, but he dreams about Mars and longs to visit. His wife is against it, so he does the next best thing: he goes to Rekall to have memories of a trip to Mars implanted in his brain. The procedure goes haywire revealing that Doug is a secret agent who’s had his memory erased.

Although the movie is mostly remembered as a big budget action movie the questions it raised about memories and identity are what make it worthy of discussion. What makes us who we are? Are we simply the product of our experiences and memories? If this is true than replacing  memories would essentially turn us into a new person.

As the plot unfolds it plays with the challenge of distinguishing between reality, dreams and false memories. Is everything after Doug’s trip to Rekall real or a dream? There is an opening here because as Doug reviews information about the kind of woman he wants to meet we see an image of Melina – the real woman Hauser supposedly fell in love with before becoming Doug. Was it all just a deep cover intel op from the beginning to get Hauser/Doug close to a rebel leader? What’s the answer? At the end Doug and Melina hurry up and kiss just in case it’s all been a dream.

The 2012 version of Total Recall, starring Colin Farrell in the Doug Quaid role, was inspired by the 1990 movie, not by Dick’s short story from 1966. This remake is dreary and largely forgettable, although the special effects are much more refined than what was possible in 1990.

Tastes change and the technology of movie making advances to ever new levels of sophistication, but good science fiction will always be relevant so a 30 year old Total Recall is still worth a watch.