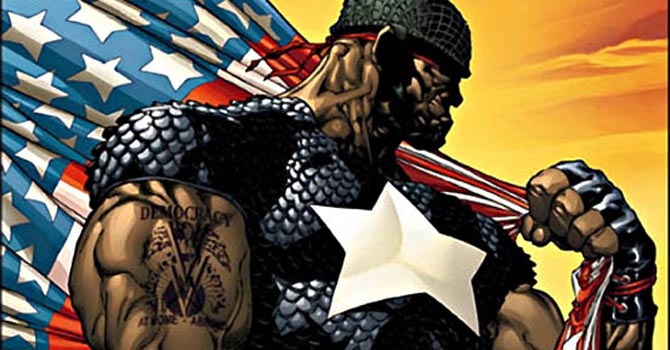 The Disney+ series The Falcon and the Winter Soldier may be focused on two of Captain America’s closest allies, but that doesn’t mean that the show isn’t going to further explore the character’s lore. In fact, it sounds like we’ll be introduced to the long-forgotten predecessor to Steve Rogers himself.

Slashfilm has an update on The Falcon and the Winter Soldier related to both a recent casting update and a story element that will be explored in Marvel’s six-episode miniseries. The former is the reveal that Carl Lumby has joined the cast of the show, which so far includes alumni from the Captain America Trilogy – such as Anthony Mackie (Sam Wilson, The Falcon), Sebastian Stan (Bucky Barnes, The Winter Soldier), Emily VanCamp (Sharon Carter, Agent 13), and Daniel Brühl (Helmut Zemo) – along with newcomer Wyatt Russell (John Walker, U. S. Agent), and Adepero Oduye, Desmond Chiam, Miki Ishikawa, Noah Mills in undisclosed roles. The latter is an element that’s important to the nature of this series, but may or may not involve Lumby – adapting elements from the limited series Truth: Red, White, and Black.

Slashfilm has learned that part of the story of this series will explore the hidden history of the Super Soldier program, including the story of a man named Isaiah Bradley, who was an African-American soldier who was subject to similar experimentation as what Steve Rogers underwent in order to become Captain America. Originally empowered in a series of unethical experiments as a means to recreated the Super Soldier formula, Isaiah Bradley involuntarily received a version of the superhero’s powers before being fighting in secret operations in World War II. Ultimately, Bradley was eventually injustly imprisoned, but he would eventually have his sentence commuted, be pardoned, and would get to live a quiet life with his family.

According to Slashfilm, Bradley’s story will appeal to the Falcon, who initially does not think that he’s worthy of being Captain America now that Rogers has retired. If their sources are accurate, Bradley’s story will be reworked to show that he was a predecessor to Captain America rather than a successor, but otherwise, his narrative will remain the same. The story will apparently help Falcon realize that he’s worthy of wielding the shield and assuming the title of Captain America, even though U. S. Agent currently wields the star-spangled weapon as a representative of the United States government. It’s not clear if this is the character that Lumby will be playing, but the age could line up, given that Super Soldiers age at a slower rate than their counterparts. There’s also speculation that Lumby could be portraying Falcon’s father, Paul Wilson, although that character is traditionally dead before our hero becomes the Falcon. 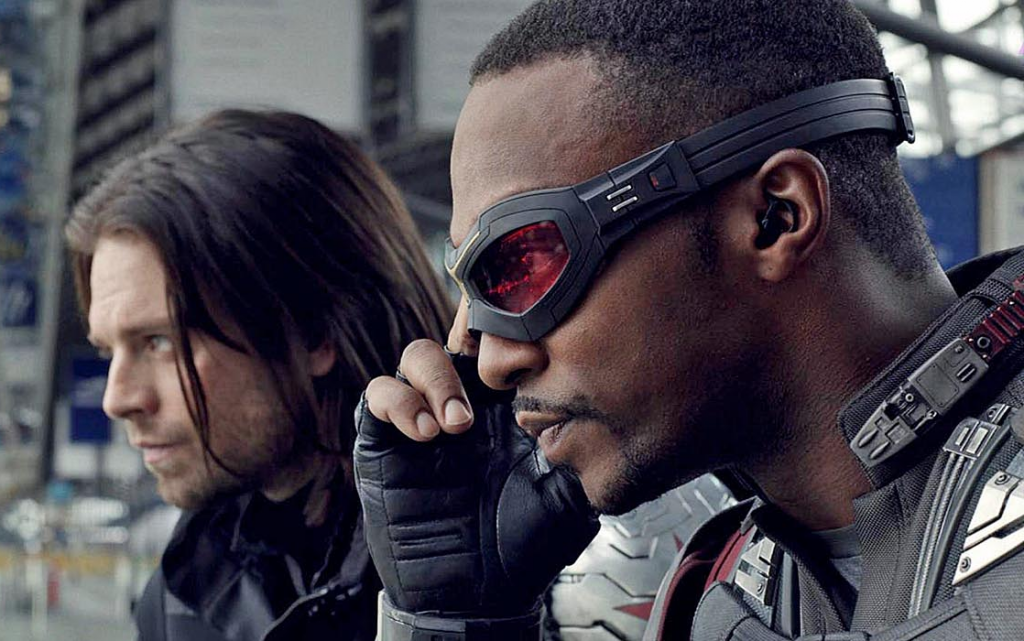 On a somewhat-related note, MCU Cosmic reports that the show introducing Isiah Bradley this would give an “in” to Elijah Bradley, his grandson, to appear in the future of the MCU. That character becomes the superhero Patriot, and is a member of the Young Avengers, a team that Marvel appear to be setting up rather quickly across several Phase 4 projects. Also on the cards is William Burnside, the Captain America of the 1950s who became an extremist. Neither character is confirmed to appear in The Falcon and the Winter Soldier, but it seems like it could be a fitting option for the series.

The acquisition of the Fox-Marvel assets could also leave room for some interesting possible additions to the story as well. We already know that Madripoor, a location heavily associated with Wolverine and other Mutants, is going to be part of the narrative based on some set photos. While it’s not likely that Marvel have secretly cast the Mutant superhero for a debut in this series, it does seem like some previously Fox-owned characters could sneak their way into the MCU starting with this series. It should also be worth noting that Project Rebirth, the Super Soldier program, is a direct predecessor to the Weapons Plus program that empowered characters like Wolverine and Deadpool. While it will be a while before the first true X-Men installment arrives in the MCU, shows like The Falcon and the Winter Soldier could help lay the groundwork for it.

The Falcon and the Winter Soldier is set to arrive on Disney+ at some point in August 2020.