Daniel Radcliffe on New Film Escape From Pretoria – ‘How Has This Story Not Already Been Told?’ 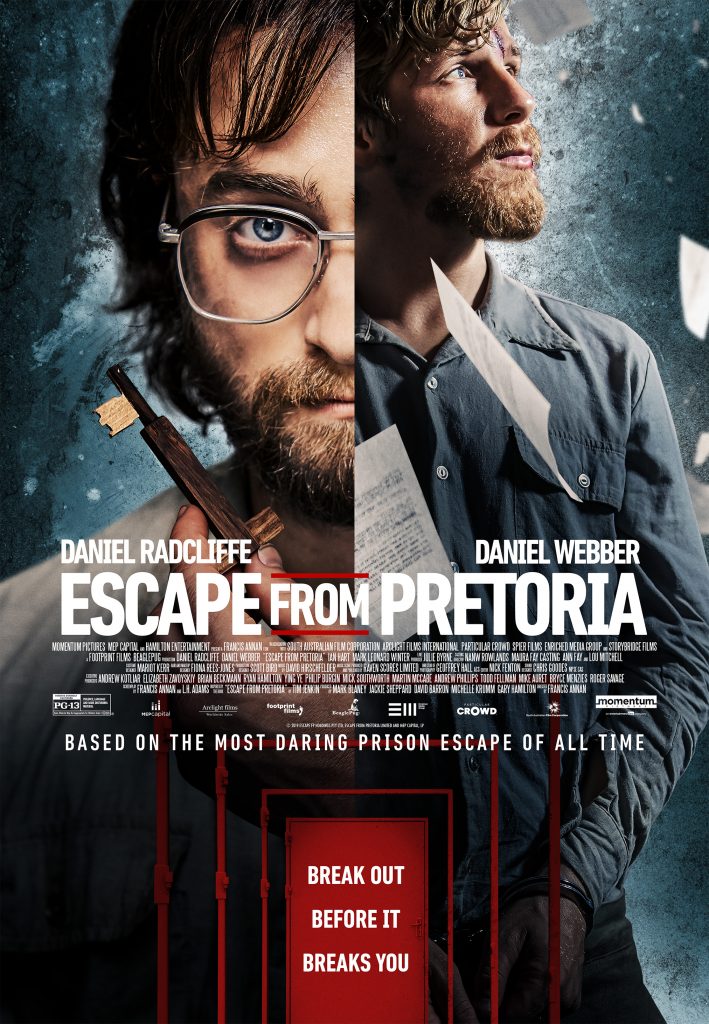 In an interview for his upcoming film Escape from Pretoria, the true story of two men escaping a South African prison during the apartheid era, star Daniel Radcliffe talks about his thoughts on such a tough story and creating tension throughout.

Say what you will about Daniel Radcliffe, he doesn’t want to be typecast. We’ve seen him play a corpse for an entire film, wear slippers while duel wielding guns and grow a pair of horns. This time, we’re seeing him don a South African accent and go to jail. Based on a memoir written by Radcliffe’s character, Tim Jenkins, the upcoming film tells the true story of two political prisoners (Radcliffe & 11.22.63’s Daniel Webber) at the height of South Africa’s apartheid era as they try and escape the prison they’ve been sentenced to for 12 years.

Talking to the BBC, Radcliffe conveyed his surprise;

‘As soon as I read the story and found out about the escape, and the nature of the escape I was like it’s so genius, and so brilliant, I was like how has this story not been told yet? How do not more people know about this?’.

Then, when asked how he conveyed the tenseness throughout the film Radcliffe was his usual humble self, giving credit to director Francis Annan;

Radcliffe has always taken ambitious roles, ones that take him away from the mainstream blockbuster of his youth defining Harry Potter years, but seeing him take on projects involving topics as horrific and heavy as apartheid, unjust imprisonment and racism will be new territory for the actor and time will tell if he’s up for the challenge of something so based in reality. Hardcore Potter fans will be excited to know however, that the film also stars Ian Hart, Philosopher’s stone’s Professor Quirrell and is being produced by David Barron, who worked on six of the Potter films.

Writer Tim Jenkins, arrested in 1978 for producing and distributing pamphlets, was on set for some of the filming and commented ‘it turned out to be very exciting and pretty close to the truth’. With subjects as sensitive as these, having the source support the movie is very positive. The film releases early next month.