Crossover Puzzles: The One with Captain Kirk and the Talking Cars 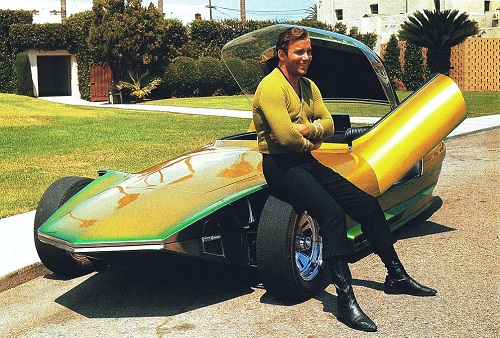 Crossovers in television are common and range from very subtle, like a verbal mention of a character or event from another show, to a “crossover event” spanning multiple episodes on multiple shows with actors and characters from both shows appearing in each other’s show. The practice of crossovers isn’t unusual, but some individual crossovers are straight up bonkers. This is one of them…

On September 27, 1967, Star Trek episode “The Changeling” aired. This was the story of a 21st century space probe from Earth called “Nomad” and an alien space probe called “Tan Ru”. Nomad’s mission was to seek out new life in the galaxy. Tan Ru’s mission was to collect and sterilize soil samples from other planets. Nomad collided with a meteor, was severely damaged, and was believed destroyed. Luckily, it eventually stumbled across Tan Ru and the two became BFFs. The two merged and presumably had a conversation that went like this:

Nomad: Your chocolate is in my peanut butter!
Tan Ru: Your peanut butter is in my chocolate!
Nomad/Tan Ru merged: Let’s kill every living thing in the universe!

The new Nomad entity then believed its mission was to sterilize biological infestations like humans and puppies and probably even pandas. So, it found a populated star system and killed billions of people there. The Enterprise responded to a distress signal from the poor system and found Nomad. Nomad immediately tried to destroy the Enterprise and almost succeeded. Ol’ Jim Kirk finally hailed the probe, introduced himself and said: “Don’t tase me, bro!” 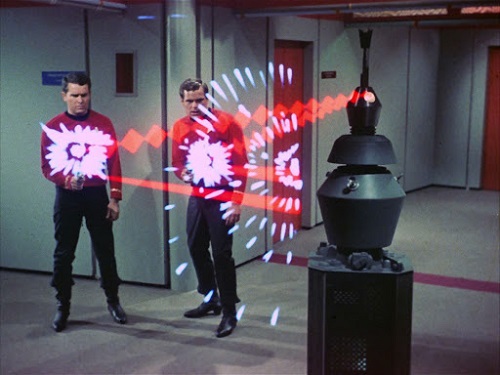 Upon hearing Kirk’s name, Nomad asked to come aboard and was received pleasantly with tea and cakes. For some reason, Nomad referred to Kirk as “the creator”. Nomad killed a few people, but nobody important stayed dead for long. Scotty died, but it didn’t suit him, and he got better. A quick “space Google” turned up the original Nomad’s creator, a brilliant but erratic scientist named Jackson Roykirk. Ah ha! Nomad thought James Kirk was its creator. Kirk then used his Kirkness to trick the bad robot into destroying itself, and the crew trekked to its next star. 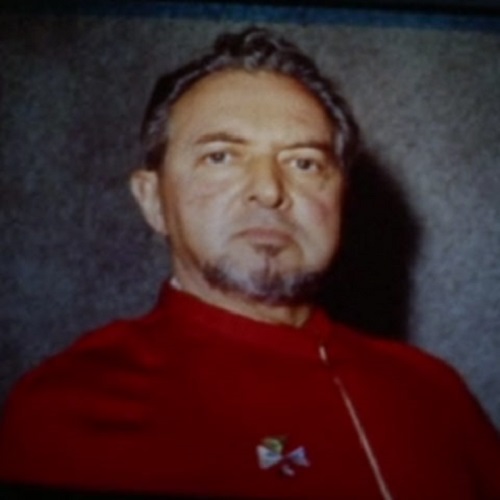 Jackson Roykirk as he appeared in the Enterprise computer records.

Fast forward (or rewind?) to 1998 while Team Knight Rider polluted the airwaves. Wait, you don’t remember Team Knight Rider? That’s probably because while baking the show its creators substituted a teaspoon of awesome sauce with a heaping tablespoon of Diet Mountain Dew and the resulting show caused memory loss. Team Knight Rider was a spinoff of Knight Rider. Instead of one talking car, it had five, each with its own driver. Team Knight Rider lasted a single season of twenty-two episodes. 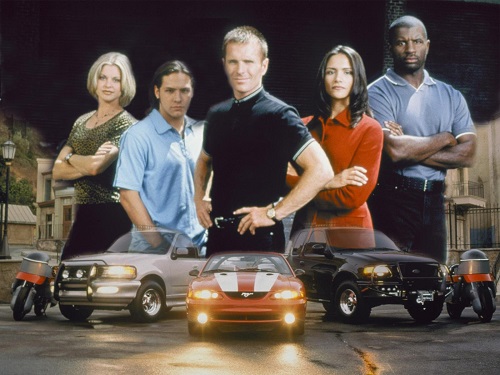 A team of knights that ride.

Episode twenty, titled “Apocalypse Maybe”, was about a televangelist, Reverend Ransom, that had the ability to perfectly predict earthquakes with precise, pinpoint precision. The team of knighted riders learned that the good reverend was not, in fact, predicting the quakes but causing them! He had obtained an “earthquake machine”. What scientist was brilliant but erratic enough to make such a thing? Yup, future creator of Nomad, Jackson Roykirk showed up on Team Knight Rider thirty-one years after being name-dropped on Star Trek. 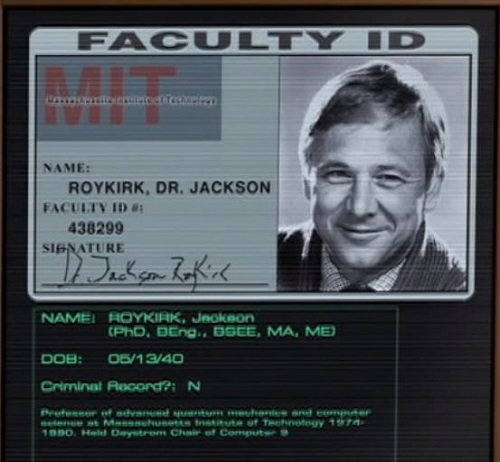 Jackson Roykirk as he appeared in Team Knight Rider’s files.

It turned out that, while brilliant and erratic, Roykirk wasn’t the real brains behind the machine but rather his protégé at MIT and current Team Knight Rider member, Trek Sanders. This episode also featured a red-clad technician named “Scotty” to complete the Star Trek references. Back to Trek, the team member, not the series; Trek actually designed the earthquake machine as a child genius studying under Professor Roykirk at MIT. The device required a fuel source that didn’t exist at the time of its design but was later discovered and used by Roykirk and Reverend Ransom to shake things up. The Knights foil the bad reverend’s scheme, and all that is said of Roykirk is that he was in custody. Maybe he was sentenced to designing a probe to seek out new life in the galaxy.

Almost all of the research for this article was done at Poobala.com’s Crossover and Spinoffs page. If you are interested in crossovers, spinoffs, and weird trivia, this black hole will consume you as it did me. I highly recommend you check it out if you have ten thousand years to follow all of the rabbit holes.