New Photos From the Set of ‘The Batman’ in Glasgow 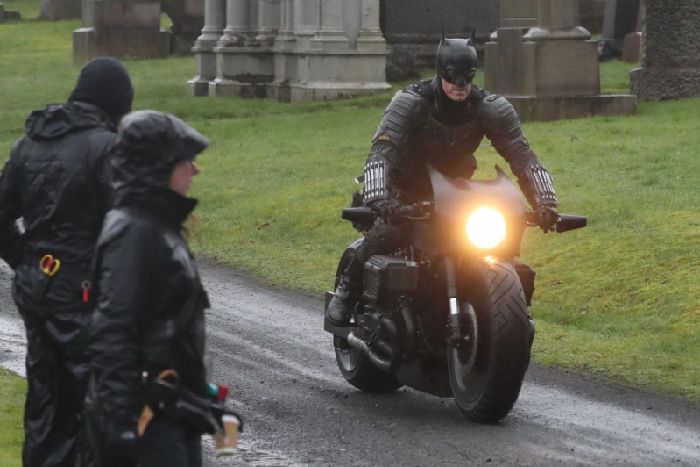 After director Matt Reeves took to Twitter to show the world its first look at Robert Pattinson as the Caped Crusader, speculation grew as to what the full suit would look like on screen. Now, set photos from Scotland are giving us a better idea.

Set for a summer release in 2021, The Batman has begun filming in Glasgow, Scotland. According to Evening Express, road closures are in place until Sunday. Acting as the supposed backdrop of Gotham, crews set up near the Necropolis cemetery and the Glasgow Royal Infirmary.

While Robert Pattinson was not in the suit, his stunt double can be seen riding a motorcycle in the rain, reminiscent of Christian Bale’s “Tumbler” attachment. The armored look of the suit is also consistent with what was shown in the screen test.

There is also video circulating on Twitter  showing the motorcycle in action in what could be some sort of chase sequence through the cemetery. One curious thing to note is if any of the other cast members are present for this shoot. We know Andy Serkis, Zoe Kravitz, Jeffry Wright and Colin Farrell are in the film, so it would be interesting if we get to see their characters in action this weekend. 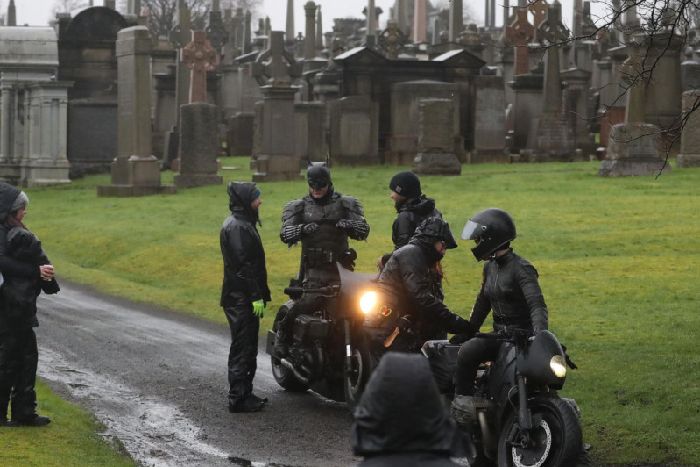 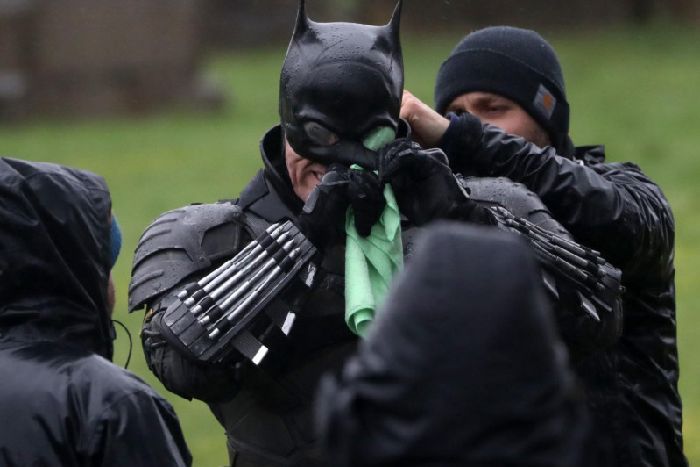