The Next ‘Planet Of The Apes’ Movie Is A Sequel, Not A Reboot 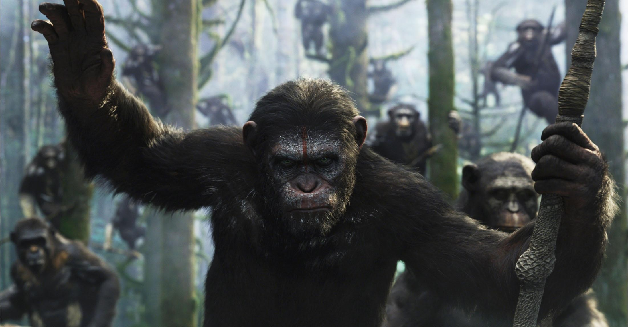 “APES! TOGETHER! STRONG!” That seems to be the operating thought process at 20th Century Studios, as the next installment of the Planet of the Apes series will continue the story that the trilogy of films spearheaded by directors Rupert Wyatt and Matt Reeves brought to audiences.

Beginning life as the second reboot of the Planet of the Apes franchise (following Tim Burton’s financially-successful but contentious film, which never got a sequel), Rise of the Planet of the Apes followed Caesar, a chimpanzee with enhanced intelligence due to exposure to a viral compound. Elsewhere, some astronauts go on a mission to Mars, which we as an audience know will lead them to an unforgettable return. Caesar eventually manages to expose other apes to this same compound, but a strain of it ends up infecting humans and causing the downfall of the species as apes begin their path toward becoming the dominant species.

However, as the series went on and Reeves took over, the “astronauts return to a planet that is completely unrecognizable, but is really a ruined Earth in the future” angle was dropped in favor of fleshing out the conflict between the new race of Apes and the surviving humans. Dawn of the Planet of the Apes showcased a tragic tale of human-ape relations breaking down in spite of the best efforts from both sides, and War of the Planet of the Apes showed a big battle as humanity starts to regress due to the effects of the virus, and apes inherit the planet. Nonetheless, there are still more stories to tell, and with this version of the franchise’s continuity.

In direct response to an article reporting that the next film in the series would be a reboot, Wes Ball, who is directing the next project in the series, has stated that his film is in-continuity with the three that preceded it. Though he won’t share many more details at this point, it’s clear that this new story will continue the story of Caesar’s apes:

It’s never been easier for film journalists to actually get in touch with the actual people who actually know… but maybe it’s the point to NOT fact-check these days?

Regardless. Don’t worry. I won’t ruin the surprises, but it’s safe to say Caesar’s legacy will continue…🤫

Caesar’s rise and fall are conveyed perfectly in this trilogy through a remarkable motion-capture performance from Andy Serkis, and although he isn’t involved with the new film (as far as we know), audiences can expect to see much more high-quality motion-capture work going forward. As it stands, the franchise is one of the biggest assets that Disney gained from acquiring 20th Century Studios that aren’t related to Star Wars or Marvel, so it’s likely that this new film will get the red carpet treatment from the house that Mickey Mouse built.