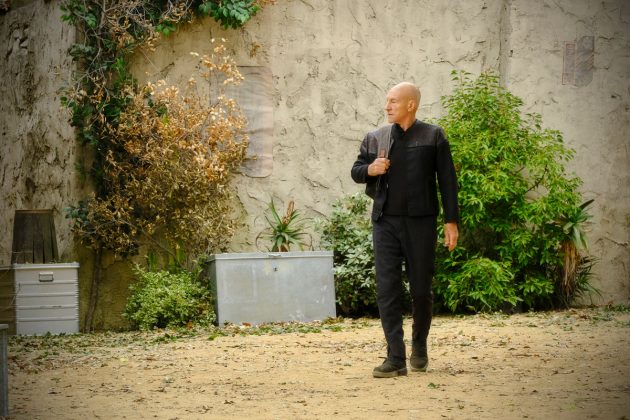 You’d think the return of a beloved fan favorite character after nearly twenty years would be the headline of any review of a Star Trek episode, but nope. Regardless of all the tremendous things in this fourth episode of Star Trek: Picard, the lead has to be ROMULAN WARRIOR NUNS.

Jeri Ryan makes her first, not unexpected return to Star Trek at the end of this episode, in a thrilling sequence that would otherwise be the highlight of any review. What outshines it is the introduction of a new aspect of Romulan culture in the Qowat Milat. A sect of all female nuns with a decidedly Silvan Elves vibe, the nuns were relocated to the planet Vashti in the immediate period before the still-mysterious Synth sabotage of Picard’s rescue fleet fifteen years ago. Despite being around for the duration of Trek’s history, and canonically, the Federation’s oldest enemy, the Romulan Empire hasn’t enjoyed the same thorough investigation as the Klingons and Romulans have. That’s changing on Picard and I couldn’t be happier. We’ve gotten a considered, realistic glimpse into Romulan society post-supernova, and also intriguing insights into their long, complicated history. That history seems to be integral to the series.

While Picard makes a detour from his journey to FreeCloud (which from the preview for next week’s episode, seems like a delightfully campy throwback) to collect a ROMULAN WARRIOR NUN, we check in with Soji on the Borg Cube. She continues her investigation into the cube’s assimilation of a Romulan vessel Shaenor and her crew many years ago. Soji is researching the reference a reclaimed Romulan, Ramdha (Rebecca Wisocky), made last episode to “The Destroyer,” or the Seb-Cheneb. Turns out The Destroyer is responsible for bringing about Ganmadan: the day of annihilation for all life. This is especially intriguing as Ramdha accused Soji of being The Destroyer.

The obvious implication, especially given the shady brother-sister act of Narek and Narissa to discover where these Data-daughters are coming from, is Ganmadan is yet to come. Given the cataclysmic annihilation the Romulans have already suffered, I’m not so sure about that. The Romulan sun went nova unexpectedly; what if it wasn’t a natural occurrence? A former Romulan senator accuses Picard on Vashti of conspiring to ‘divide’ the Romulan people, and one wonders if there is some truth to his statement, even if the blame is misplaced. We’re not sure, mostly because this ex-senator’s head separates from his body in a bloody, resolute depiction of new character Elnor’s prowess. 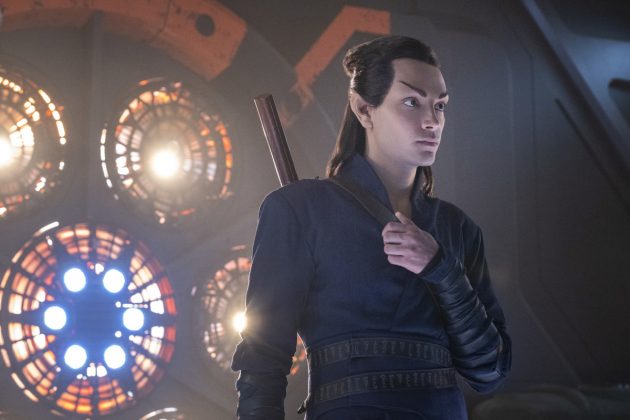 Elnor (Evan Evagora) is a formidable warrior raised by the Qowat Milat. He formed a bond with Picard in his youth and like EVERYONE ELSE has a bone to pick with him. Elnor is a great addition to the crew and show, interjecting some fantasy into the sci-fi. The Many Sins of Picard traveling show does start to get a little old here, especially as Picard unnecessarily recaps the entire series for Elnor. He begins by saying ‘This is complicated,’ which is enough. The repetition is a rare misstep in a series that is firing on all cylinders. The writing, acting, production design, effects, it’s all cinematic and bold. Jonathan Frakes directs this episode, providing a crisp, dense perspective on the story.

Another aspect not really working for me is sexual aspect to Narek and Narissa. It’s cheap and lazy, gleaned off the most salacious aspects of shows like Game of Thrones. Though Picard pushes out of the old, familiar boundaries of Trek with its (many!) F-bombs and gory decapitations, this storyline is as unnecessary as Picard having disappointed everyone we’ve encountered so far.

I haven’t mentioned Cristóbal Rios (Santiago Cabrera), ex-Starfleet captain of the La Sirena yet, but he’s a fun, charming character made more compelling by his use of numerous holograms all bearing his likeness. Each has a distinct nationality and personality, and you wonder what’s up with that. Also a joy is Alison Pill as Dr. Jurati. She lights up every scene she’s in, which isn’t many so far. 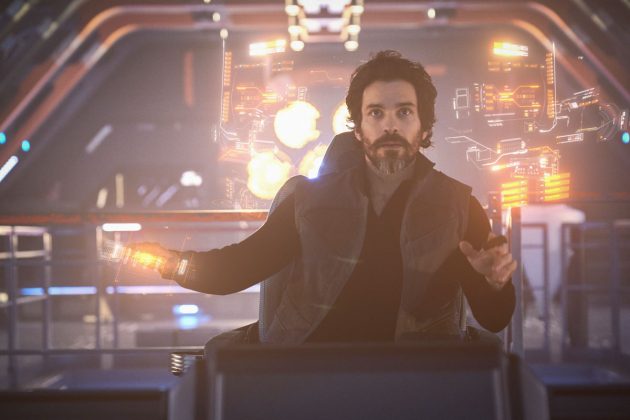 And I wrote all of that without mentioning the La Sirena gets in a firefight with an Original Series-era Romulan Bird-of-Prey. This is a great example of leveraging nostalgia in practical ways; the ship is operated by a local warlord, a relic one imagines all the gangster could afford.

All in all, another outstanding episode!