‘Underwater’ Review: Not a Splash, but Worth Getting Wet For 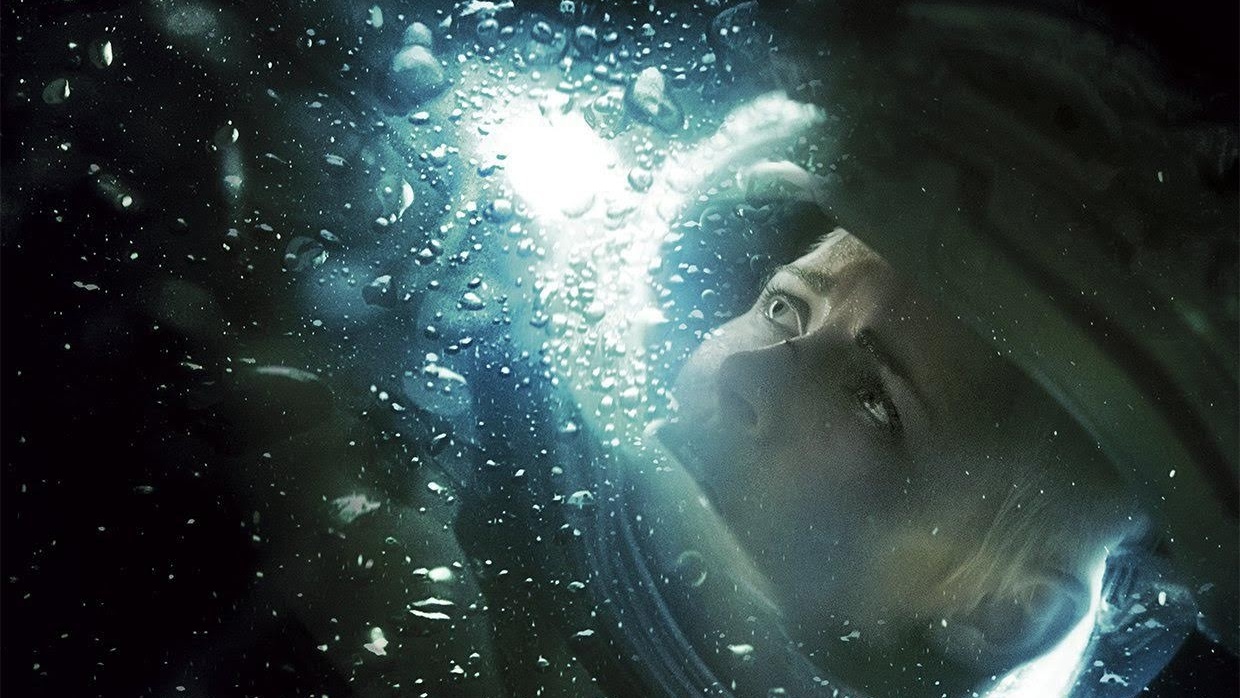 The Kristen Stewart-led blockbuster is a financial disaster that has been largely ignored by audiences, but is this a trip deep below worth taking for monster fanatics?

It’s not a good sign when a movie that went into production in 2017 releases more than two years later. Underwater‘s journey to the big screen has been troublesome, and it reminded many horror fans of what happened to Spectral (produced by Legendary Pictures) back in 2016, a movie that was supposed to get a theatrical release in summer and then suddenly vanished off the calendar until Netflix picked it up for international distribution after months of radio silence. The movie ended up being okay enough, but one could see how the ghost-fighting sci-fi romp would have had trouble finding a spot in the box office.

Underwater finally hit theaters last month, debuting to a measly $10 million domestic opening weekend. At the time of writing this article, it has only grossed around $39 million worldwide, an abysmal total for a movie with a production budget estimated to be around $65 million. The marketing push hasn’t been big (since Fox, and later Disney, expected it to flop), but you can add those expenses to the list.

The movie sits at 47% in Rotten Tomatoes, with an audience score of 60%. The general consensus seems to be it’s a competent-enough flick that just doesn’t have anything original to offer. And I’m inclined to agree. Underwater is a fossil from another era, an era in which audiences were more accustomed to smaller (yet expensive) blockbusters that worked with tight and agile scripts. Lots of people have said it’s something straight out of the 80s, and it largely feels like that, as it borrows plenty of elements from Aliens, The Abyss and other classics that were built upon B-movie premises. I also believe it feels quite a lot like the big, honest disaster movies from the 90s. The script by Brian Duffield (The Babysitter, The Divergent Series: Insurgent) and Adam Cozad (Jack Ryan: Shadow Recruit, The Legend of Tarzan) exists in a space between old-school sci-fi horror and bombastic disaster movies. Character interactions are kept to a minimum, and the plot is always pushing forward.

Underwater doesn’t waste any time and hits the ground running, as we are introduced to Kristen Stewart’s Ripley-ish character: Norah, a mechanical engineer working for a big company that is drilling for oil at the bottom of the ocean. An earthquake from unknown origin hits the underwater platform she and the rest of the characters work in, prompting an urgent evacuation to the nearest base of operations. However, things quickly get weirder (and scarier) as the group discovers they are not alone. Something has arisen. 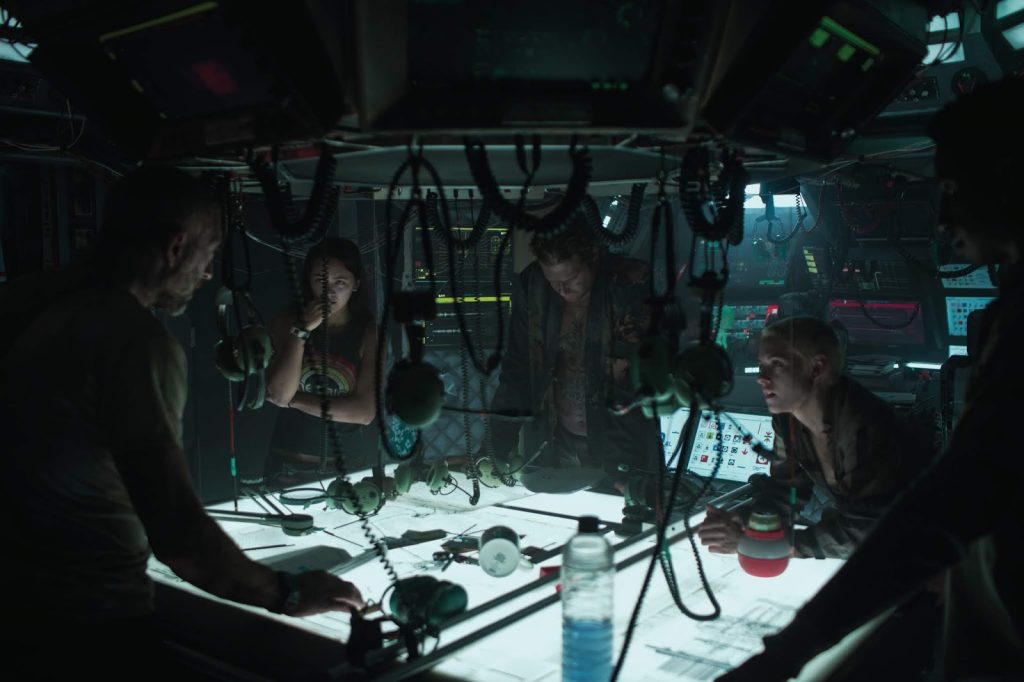 Kristen Stewart’s Norah is a pretty solid and believable tough female lead that gets just enough background to justify her actions and choices throughout the movie. People who haven’t checked on Stewart since Twilight (despite her solid posterior career) are in for a surprise, I believe. Vincent Cassel (the veteran captain), T.J. Miller (the funny guy), Jessica Henwick (the scared newbie), John Gallagher Jr. (just a nice dude), and Mamoudou Athie (a generic workman) round out the cast and deliver decent-enough performances even though they are mostly just along for the ride. Clocking at around 90 minutes (minus credits), Underwater moves quickly from one plot point to the next, and the plot itself is as basic as you can get: “we need to get from point A to B and try not to die”. You have seen this a hundred times already with different makeovers, so it all comes down to the setting and the execution of the script itself, which is mostly good enough.

William Eubank, who has a decently-sized career as a cinematographer and got some attention for his 2014 sci-fi thriller The Signal, knows how to make the movie look stylish and feel claustrophobic; the camerawork here is dynamic and the setpieces are never dull. The medium-sized budget is also put to good use: the production design is impeccable and leans into the Alien series (the opening scene instantly reminded me of the Nostromo) while keeping everything grounded and believable, and the VFX work is sharp and above what you can find in some bigger blockbusters which I won’t mention here. It really is a good-looking (and sounding) flick. Also, without getting into spoilers, anyone who’s into deep sea fauna and creepy lovecraftian monsters is bound to have a great time with this movie; the creature designs are neat and not overly derivative, and enough suspense is built around these deep-dwelling stalkers for the full reveal not to be disappointing.

So… who’s this movie for? Well, if you have any doubts after scrolling through this review, I can say with confidence that anyone who’s into monster features and/or disaster flicks will feel right at home. It’s not memorable at all, and it does very little to break new ground, but it sure as hell delivers solid action, good thrills, and creepy situations. Jump scare haters beware though, as Eubank is a bit too reliant on them, especially early on. The PG-13 rating might also be not grisly enough for the more hardcore crowd, but the movie consistently feels violent and intense.

As it stands, Underwater is a fun sci-fi horror adventure that might eventually find an audience when it hits the domestic market. Most people will forget it even existed, but I personally will cherish it as a solid Cloverfield sequel which isn’t actually a Cloverfield sequel. These movies are rare nowadays, a dying breed of blockbuster, and I dream of the day when they become relevant once again. For now, I’ll gladly take Wet Aliens.