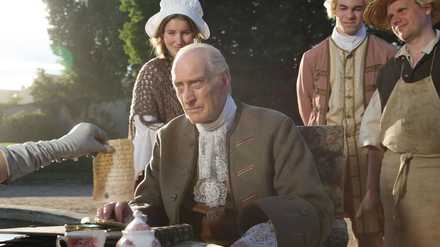 What do you get when Tywin Lannister, the Terminator and Lee share the screen together? Let’s find out in the debut trailer for The Iron Mask.

The Iron Mask is a sequel to 2014’s Forbidden Kingdom, which saw Jason Flemyng as 18th  century English cartographer Jonathan Green embarking on a journey to map the undiscovered landscapes of Transylvania, before darkness was unleashed. Six years later, Flemyng is joined by newcomers Schwarzenegger, Chan and returning cast member Charles Dance.

Six years later, The Iron Mask will follow Jonathan Green once again as he sets out to map the Russian Far East, which leads him to China in another adventure-filled journey to discovery. By the looks of this trailer, Schwarzenegger and Chan will have some very fun screen time together, albeit in very interesting costumes for the veteran action stars.

The Iron Mask is set for release on April 10 in theaters and on digital from Signature Entertainment.