DC’s ‘Arrowverse’ Renewed by The CW

Good news for the Arrowverse this week as The CW has given early renewals to all of their ongoing DC super hero series, confirming that The Flash, Supergirl, Legends of Tomorrow, Black Lightning, and Batwoman will all be returning with new seasons this Fall.

According to The Hollywood Reporter last year The CW became the first network to renew all of its in-season series since at least 1981, and the network is doubling down this year, with renewals for all bar one of its 14 ongoing series. That one, the Riverdale spinoff Katy Keene, is due to premiere next month and with 13 additional episodes already ordered it seems likely that The CW will renew the series in the near future.

Of course this isn’t counting shows that had already announced their end dates, including Arrow. Despite dying in Crisis on Infinite Earths, Stephen Amell’s Oliver Queen isn’t quite done yet. To help save the multiverse he must become something else as the Arrowverse’s founding show airs it’s final episodes this month.

One of those episodes will help set up a potential spin-off series, Green Arrow and the Canaries, starring Katherine McNamara as Oliver Queen’s daughter Mia, the new Green Arrow, alongside Arrow mainstays Katie Cassidy (Laurel Lance) and Juliana Harkavy (Dinah Drake), which is currently in development for the 2020-21 season. Also in development for the new season is Superman and Lois. Starring Tyler Hoechlin as the Man of Steel and Elizabeth Tulloch as Lois Lane the series looks set to explore the popular Superman and Son storyline from DC’s recent Rebirth comics. As a Superman fan I’m really excited for this one! It’s something I’ve been hoping for since Tyler’s debut on Supergirl back in 2016.

If both of these series get picked up it will bring The CW’s super hero slate to an impressive seven ongoing shows. 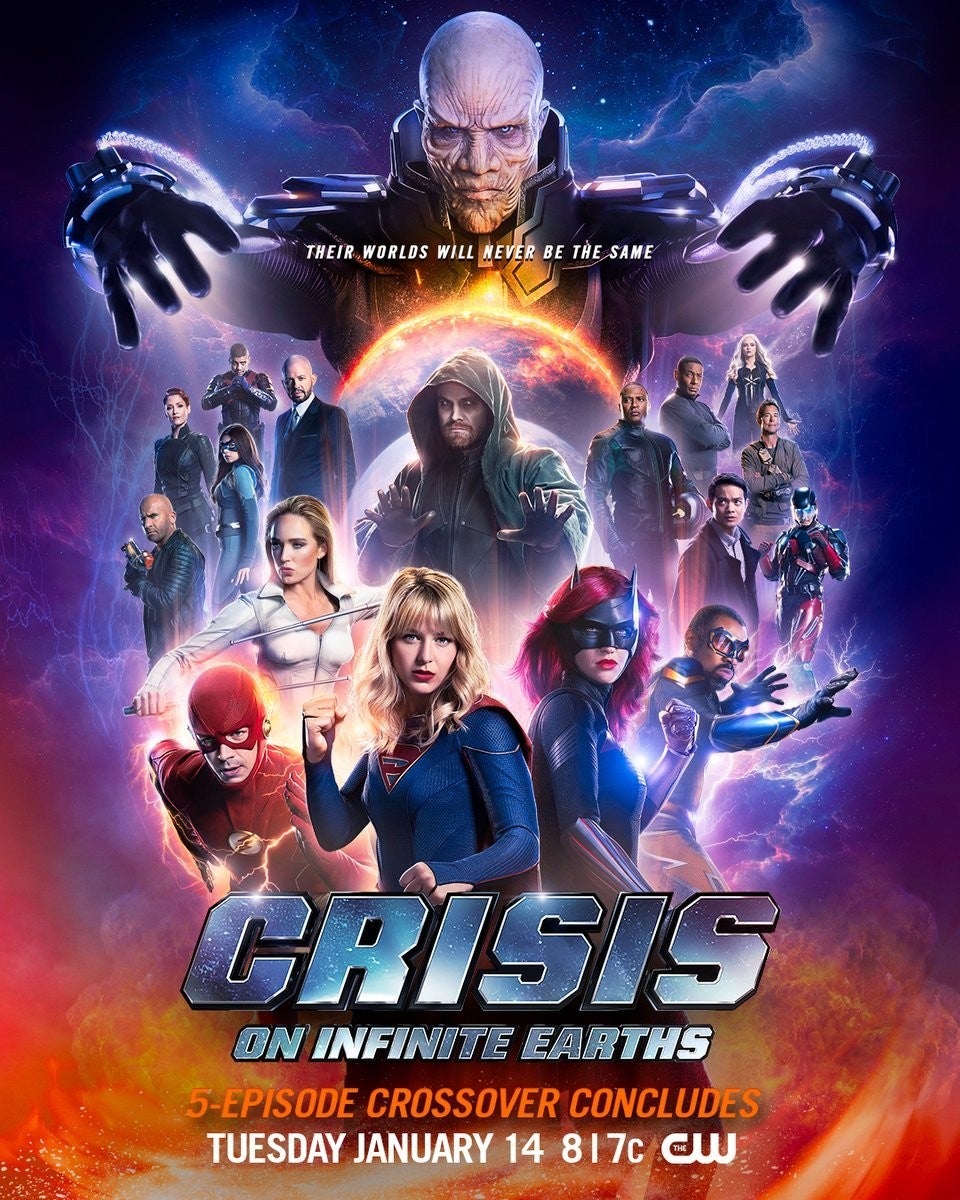 The CW also debuted the final Crisis on Infinite Earths poster this week, ahead of the crossover’s conclusion next Tuesday. The Anti-Monitor looms over the seven paragons and their allies, and the poster features the our first look at Oliver Queen’s Spectre since he followed Jim Corrigan out of purgatory before the Christmas break. Will worlds be restored? Will worlds be merged? We’ll find out next week when Crisis concludes in Arrow and Legends of Tomorrow ahead of the rest of the Arrowverse returning the following week.