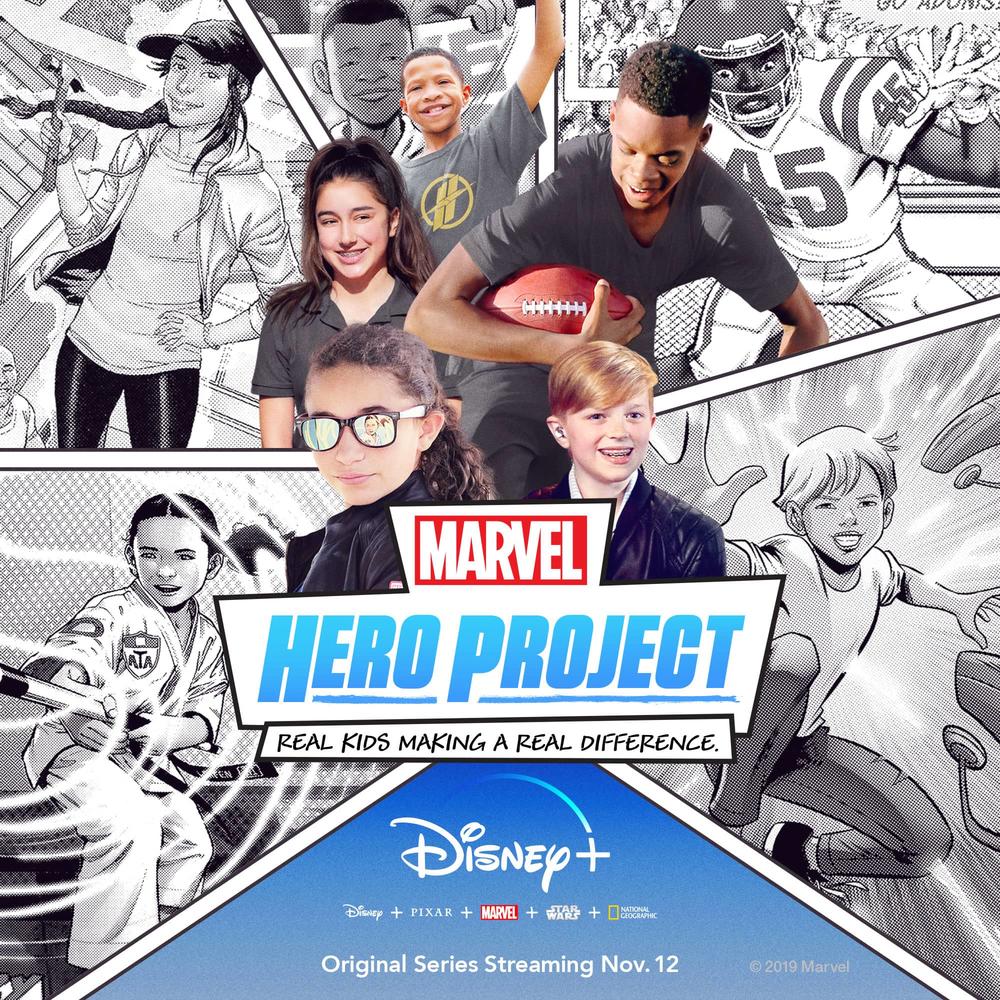 When Disney+ made it’s big debut at D23 in August, Disney revealed first looks at several of the unscripted series that will premiere on the streaming platform. Now we have our first look at another. Marvel’s Hero Project brings our focus from the big screen to the real world, featuring real kids making a real difference.

“Have you ever met anyone, of any age, who inspired you to do better, be better, and strive for a better future? Finding young people who have made their own steps and forged their own paths towards the greater good was the first mission of Marvel’s Hero Project — the next mission was to give those real-life heroes the recognition and celebration they deserve.

In Marvel’s Hero Project, a new series streaming exclusively on Disney+ when it arrives on November 12th, several extraordinary, inspiring kids got their time in the Super Hero spotlight for the work they’ve done in communities across the country. Their causes are as diverse as they are, and on Marvel’s Hero Project, Marvel comic editors found a way to tell their stories. In every episode, each outstanding kid will be surprised to find out that they’re been immortalized in a Marvel Comic — which will be available for free in Marvel Unlimited and the Marvel Digital Comics Store! — as a brand new Super Hero, putting them among the ranks of the Marvel heroes they love.

Marvel’s Hero Project set out to prove that it doesn’t take an iron suit, super strength, or a mythical hammer to be a hero — just seeing a problem and having the passion to solve it in a creative way is what made these kids heroes. And now you will be able to see their stories and be inspired by them.”

New episodes of Marvel’s Hero Project will premiere weekly on Disney+ when it launches on November 12th.

In addition to this inspiring new series, Disney+ is set to be the new home of the MCU. With Captain Marvel at launch, and Avengers: Endgame set to arrive on December 11th, Disney+ will be the only place to stream all future MCU movies. And that’s not all, as multiple live action and animated series are due to premier exclusively on the streaming service from next year. As Stan Lee would say, excelsior!