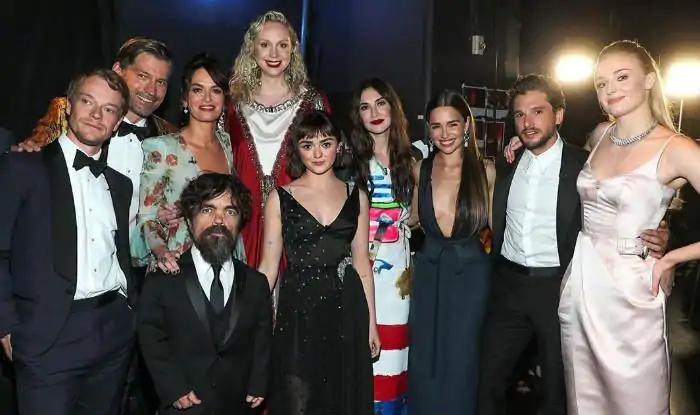 Game of Thrones may have entered the 71st Primetime Emmy Awards ThunderDome with a record-breaking 32 nominations, but for most of the evening, it looked like the HBO fantasy series (based on George R. R. Martin’s A Song of Ice and Fire book series) was going to get shut out for its eighth and final season. Fortunately, for the fans, the cast, and the crew, the series won the evening’s biggest award of the night, Best Drama.

Even better, the series tied in the Emmy Award category for most Best Drama wins with classic series Mad Men, The West Wing, L. A. Law, and Hill Street Blues. (All five series won four Best Drama awards.) Game of Thrones also was nominated for Best Drama in each of the years it was broadcast, and won for Seasons 5, 6, 7, and 8.

Showrunners David Benioff and D. B. Weiss thanked their cast and crew for their hard work and long production shoots over the past 10 years, noting “It’s amazing you are all still alive.” Benioff and Weiss now head off to their planned Star Wars trilogy in that galaxy far, far away, along with a lucrative commitment to work with Netflix.