The Joker may have a new movie about to hit cinemas but Harley’s not about to let him have all the fun! After a surprise teaser exclusive to screenings of IT: Chapter 2, Warner Bros. have release the first theatrical poster for Birds of Prey and the Fantabulous Emancipation of One Harley Quinn. 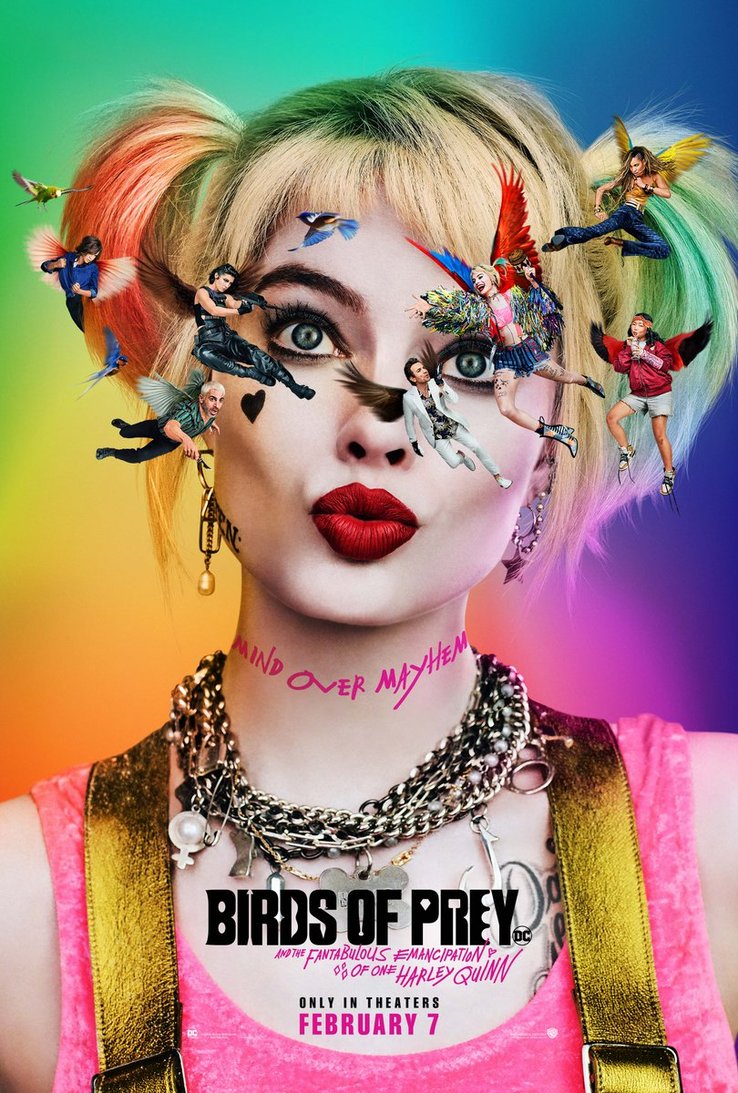 Directed by Cathy Yan with a script by Christina Hodson, it was revealed last month that Birds of Prey recently received some reshoots, with John Wick‘s Chad Stahelski brought onboard to help punch up the film’s action scenes. Whilst bringing on a second director at this stage may seem concerning, it’s important to note that this isn’t another Justice League situation. Stahelski’s stunt team, 87 Eleven, have been working on the movie since production began, and the acclaimed action director will be working with Cathy Yan on the reshoots. Stahelski’s (uncredited) role is to help create new action scenes for the movie, not to rework the story or tone of what is expected to be an R rated girl gang adventure.

After the surprise teaser with IT: Chapter 2 earlier this month, and with the film’s release less than six months away, we can probably expect the first full trailer for Birds of Prey to land at any time. With DC’s Joker arriving next month, that seems like the perfect moment for audiences to get a look at Harley’s next adventure.

Birds of Prey and the Fantabulous Emancipation of One Harley Quinn hit theaters February 7th, 2020.