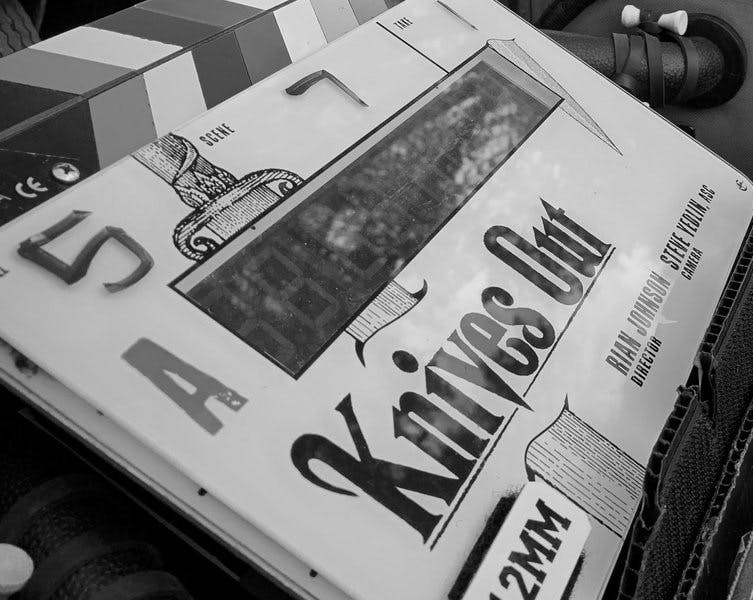 Rian Johnson’s Knives Out is generating universally excellent reviews from the Toronto International Film Festival. It’s fair to say critics don’t have their knives out for Knives Out!

Slashfilm added: “It’s the most fun you’ll ever have trying to solve a murder. Gathering together a killer cast of movie stars and character actors, Johnson has crafted a film that’s both a loving homage to locked room mysteries and a giddy, laugh-out-loud funny comedy that keeps pulling the rug out from under you just when you think you’ve found your footing. It’s a total blast.”

The whodunit was celebrated for its clever writing in numerous reviews. Daniel Craig, in particular, was given multiple shout outs, but Jamie Lee Curtis and Toni Collette received kudos as well.

Justin Chang of The Los Angeles Times said: “Come for the grand cast and the all-you-can-eat-the-rich buffet, stay for a classical whodunit worthy of John Dickson Carr in its hilarity and sheer ingenuity of construction. Goodness, what a delight.”

Erik Davis of Fandango added: “Knives Out is flat-Out awesome in every way. The funniest film I have seen this year — clever-as-hell writing and glorious performances (Daniel Craig steals the film).”

As it stands, Knives Out currently has a 100% approval rating on Rotten Tomatoes with 49 reviews.