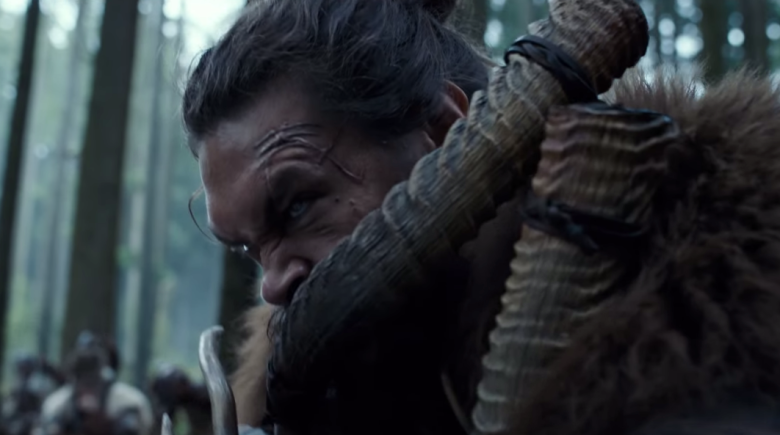 When Apple revealed their plans for the Apple TV+ streaming service earlier this year, one of the most intriguing shows from their sizzle reel included See, a post-apocalyptic TV show starring Jason Momoa.

We hadn’t heard anything for about six months, until Apple finally dropped a trailer for it in their September Keynote event this week. See is a post-apocalyptic series where humanity has been blinded by a virus, and centuries later society has regressed back to a tribal way of life, where people wear clothes made of animal furs and wield spears, machetes and bow and arrows instead of guns. Sight has become a myth, with most of humanity believing their sight was taken from them by gods.

Then, twin babies are born to Baba Voss (Jason Momoa) with the gift of sight. Voss recognises it as the next step in evolution, or at the very least the future of humanity. On the other hand, the leader of a rival tribe believes that the light is evil and banished by the gods, and that anyone who has the power to see it using witchcraft. She orders her people to kill the babies and anyone protecting them, setting up the main conflict for the series.

Along with Momoa, Alfre Woodward is the other notable star as an elder of Voss’ tribe. The show is directed by Francis Lawrence (The Hunger Games) and writte by Steven Knight (Peaky Blinders) and will release on Apple TV+ on November 1, 2019.