But this isn’t a new reimagining like the 2002 animated series. This is a return to the classic world of the 80s animated series. Picking up where the Filmation series left off, Revelation promises a final battle between the forces of good and evil, as the secrets of Castle Grayskull are finally revealed;

“A radical return to Eternia, REVELATION is a direct sequel series to the classic era of MASTERS OF THE UNIVERSE. Featuring fan favorites He-Man, Orko, Cringer, and Man-at-Arms, the story pits our heroic warriors and guardians of Castle Grayskull against Skeletor, Evil-Lyn, Beast Man, and the vile legions of Snake Mountain!

But after a ferocious final battle forever fractures Eternia, it’s up to Teela to solve the mystery of the missing Sword of Power in a race against time to prevent the end of the Universe! Her journey will uncover the secrets of Grayskull at last. This is the epic He-Man and the Masters of the Universe saga fans have waited 35 years to see!” 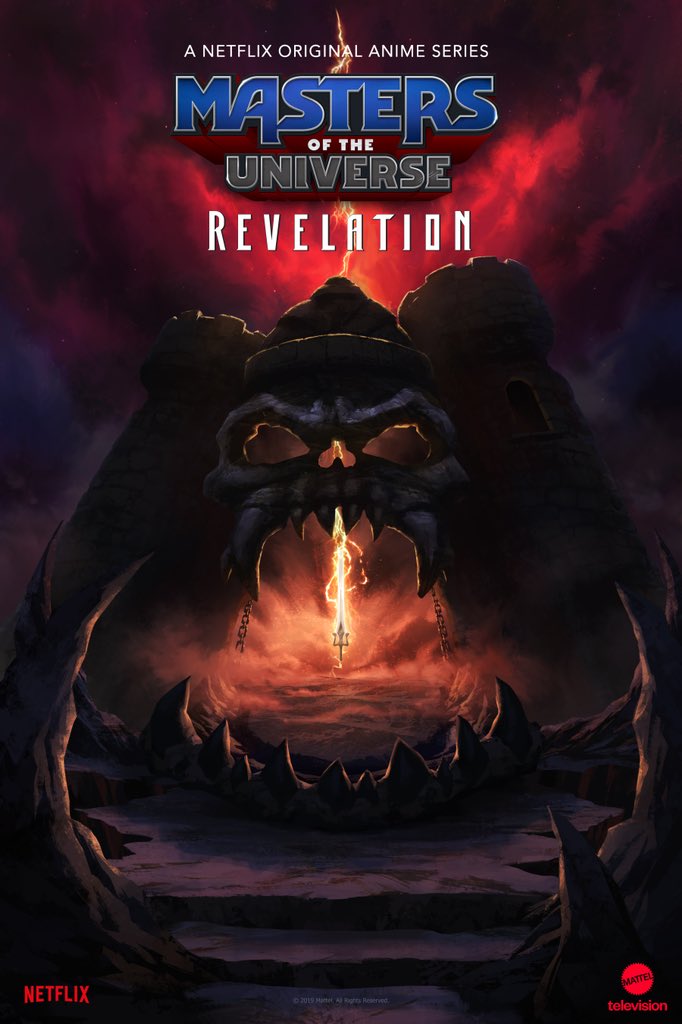 Taking to the stage at Power Con, Kevin Smith revealed that he would be the showrunner for the new series, and that it would feature animation by Powerhouse Animation, the studio responsible for Netflix’s Castlevania series.

Speaking with PixelDan after the announcement, Smith said “there’s no reason to break this in order to re-present it to people. It’s wonderful the way it is.” Which led them to return to the classic era, to show “what would happen if the show just kept going”. But that doesn’t mean we should expect the same tone as the classic Filmation series. “Since it’s Netflix, and it’s anime, we get to add some stakes that perhaps we didn’t get in the afternoons when we were younger.”

Praising the work of Powerhouse Animation, Smith said the show would be “something really special”, but also promised that it would be “instantly recognizable as what it is” and that older fans would feel like they’re kids again. He also promised that “there’s nothing about my stuff in this stuff”, instead he’s bringing a love of good storytelling and good character drama to his role as showrunner.

Thanks to PixelDan for the live Power Con coverage.