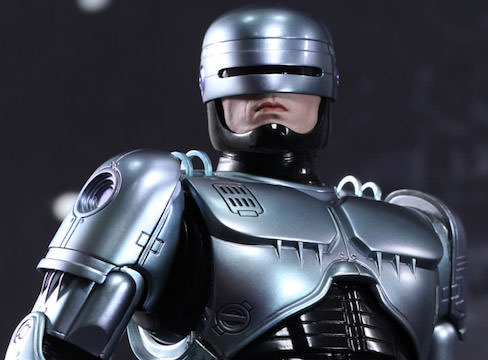 RoboCop will be making a comeback, but apparently not with director Neill Blomkamp, who has exited RoboCop Returns in favor of working on an original horror movie. Blomkamp’s departure will not affect the movie’s existing script or the film’s overall development status, as Metro-Goldwyn-Mayer are still pushing forward with the movie.

Blomkamp revealed his departure via his Twitter, which can be seen below. Based on what he said, it appears as though this had much less to do with the nebulous, dreaded creative differences that plague a number of projects, and instead noted that it has to do with a certain deadline that MGM would like to meet. Blomkamp couldn’t do both projects on the schedule that MGM gave him, so he left.

Off Robocop. I am shooting new horror/thriller and MGM can’t wait/ need to shoot Robocop now. Excited to watch it in theaters with other fans. N

RoboCop Returns was written as a sequel to the original 1987 movie, ignoring all the sequels and spin-offs (along with the reboot), much like what was done with the latest Halloween movie. Writers Ed Neumeier and Michael Miner, who worked on the original film, are returning, with the duo respectively producing and executive producing; their script is being polished by one of the scribes for Terminator: Dark Fate, Justin Rhodes. It seems as though Blomkamp’s departure has no effect on the creative direction that the sequel will go in, although one can hope that MGM picks a director that’s as invested in the source material as Blomkamp appeared to be.

Blomkamp has exited a number of projects in recent years, such as a proposed Alien sequel that would have followed the events of Aliens and ignored the other two movies set after it, and a project entitled Greenland that would have starred Captain America actor Chris Evans. We wish Blomkamp the best of luck on his next project, and hope that both it and RoboCop Returns are worth our while.

RoboCop Returns is in development at MGM.