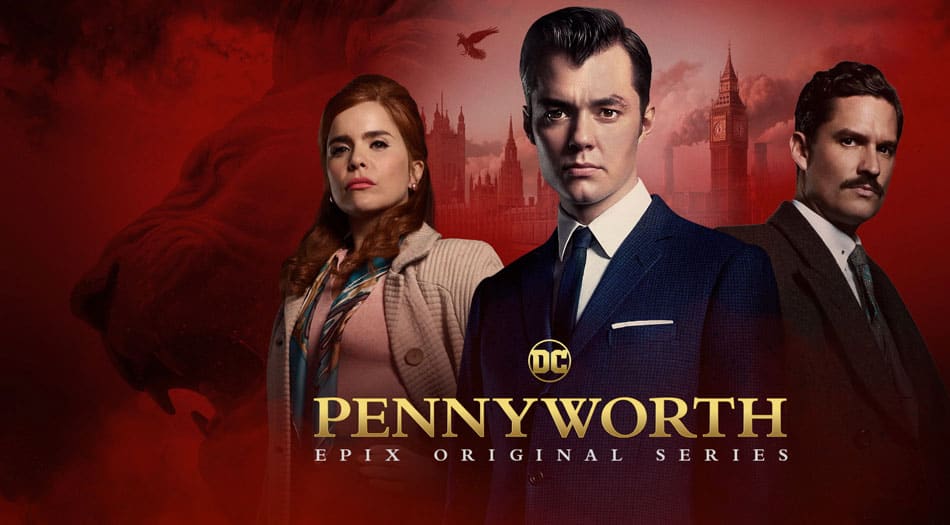 DC Films may have skipped this year’s SDCC, but DC TV more than made up for it with an epic selection of premieres and panels. First up was Epix’s new series Pennyworth as the Batman prequel made it’s Comic Con debut.

“The response has been really good,” executive producer Bruno Heller told the audience at Friday’s panel. The pilot itself was screened to an eager audience at WB’s traditional Wednesday preview night and has earned strong reviews so far.

A show about Batman’s butler might not seem like the most exciting idea for a series, but that’s what made it so attractive. “Alfred’s story came first,” Heller said, “It’s a character everyone knows and loves that hasn’t been explored at all. On the other hand, everyone knows what happens in the end, so it’s telling an origin story with a great deal of freedom. It’s both within the Batman world but more relatable, I think.”

It also allowed them to do a period piece, a first for a DC series, that could be darker and edgier than the traditional super hero fare.

“The minute I read Bruno’s script, I knew this was a story worth telling and one I wanted to be a part of,” series star Jack Bannon told the crowd, “I related to the notion of wanting to be better and go out and achieve things… that ambition and optimism and drive he has is very appealing to me.”

Whilst Bannon was attracted to Alfred’s optimism, Paloma Faith attracted to the depth of her character, the villain Bet Sykes; “I felt the writing was honorable and it added layers. We are multidimensional human beings also… she’s quick-witted, she has desired for compassion and understanding, and is also struggling with her own demons… this kind of idea if you’re born into a class system, you stay in that class… she is a working class character.” She continued, “What’s really important as an actress is that life – our villains in life – aren’t black and white. Nobody is just horrible for horrible’s sake. I learned to love her. I learned to relate to her feelings of frustration… that she’s under appreciated… I relate to that, I just don’t stab people to death… I just do the British thing of suppressing it.”

Picking up on Faith’s comments, executive producer Danny Cannon added “The villain of the piece is very much the class system,” which in post-war Britain could still be compared with Dicken’s England. “One of the things about civil wars is they cross over lines of family, friends fall apart. What we’ll see as the show goes on is good and evil can both be found on either side of the conflict.

Finally, attention turned to the Wayne in the room. “It’s fun to be part of the DNA to make up Batman,” Ben Aldridge told the audience.

As for the other part of Batman’s DNA, Heller promised that Emma Paetz’s Martha Kane is a major character on the show, and Paetz really should be up on the stage with them but she was unable to make it to SDCC. “We meet her very soon,” Heller said as he explained there’s two parts of Batman, the righteous detective represented by Aldridge’s Thomas, and the “fearless, ‘screw it, we’re going to do this’ side of the character” embodied in Paetz’s Martha.

Going back to the idea the blurred line between hero and villain, Faith said that both Alfred and Bet can relate to the idea of classism and “there are times in the show where they end up fighting for the same cause, and they’re both quite surprised by it.”

And it seems the idea of class, whether it be aspiring to change your class or simply tearing the whole system down, isn’t the only thing Alfred and Bet have in common. “They’re both in love with the same woman at some point,” Heller told the audience.

The panel also confirmed that Pennyworth would be a single, serialized story rather than “case of the week”, allowing it to build to a satisfying conclusion. Adding some final teases, Heller confirmed that Faith would be contributing some music for the series in episode nine, whilst Faith teased an appearance by a member of the infamous Ripper family.

Thanks to CBR for the live SDCC coverage.