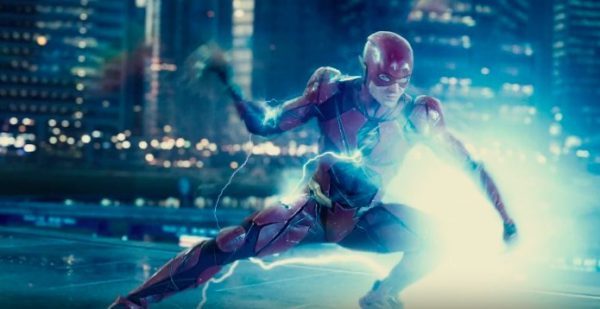 In yet another creative shake-up for the long-gestating film adaptation of The Flash, Game Night directors Jonathan Goldstein, John Francis Daley will no longer be writing and directing the film. Instead, two-time IT director Andy Muschietti and Birds of Prey writer Christina Hodson will be working on the project going forward.

According to The Hollywood Reporter, the latest shocker comes with Goldstein and Daley leaving the project, in spite of Warner Bros. reportedly being happy with their script; the duo have since moved on to work on Dungeons and Dragons for Paramount and Allspark. More shocking is that Ezra Miller, who portrayed the Flash in Suicide Squad and Justice League, will be returning in spite of WB’s decision to also ditch his and Grant Morrison’s script. The new creative team on the project has enlisted the director of 2017’s IT: Chapter One and this year’s IT: Chapter Two, alongside the writer of the rare acclaimed Transformers movie Bumblebee. Barbara Muschietti and Michael Disco are set to produce the film.

Muschietti is set to direct The Electric State (a film produced by Joe and Anthony Russo and written by Christopher Markus and Stephen McFeely, the team behind the last two Avengers movies) before the film happens, however. Meanwhile, it’s not surprising to see Hodson involved as a writer, given that Warner Bros. have been extremely confident in her screenplay for Birds of Prey, and they previously commissioned her to write a Batgirl screenplay (which is likely complete at this time). From the sound of things, however, it does not appear as though the project is moving full steam ahead just yet, as it seems like this deal hasn’t been completely locked in. Offers are still being made, but Muschietti has indicated that he’s interested in the project.

The Flash is currently in development at Warner Bros. and DC Films.