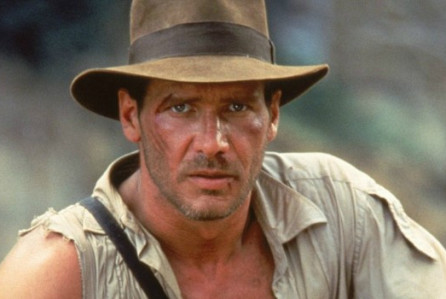 After a long, long period of waiting, Indiana Jones 5 looks like it’s going to start production in April 2020, according to a new report. The movie will be director Steven Spielberg’s next project after he completes work on the remake of West Side Story for Fox.

DiscussingFilm, who have been reliable in the past, have recently shared a scoop that Indiana Jones 5 will start filming in London in the first half of the next year:

While Indiana Jones 5 is currently the only project that has been explicitly confirmed past 2019 for Lucasfilm (with every other year starting with 2022 belonging to an unspecified Star Wars spin-off), details on the project have been surprisingly scarce. Last we heard, Dan Fogelman is taking a third crack at the movie’s script, following previous attempts at a screenplay by Jake Kasdan and David Koepp. Spielberg is returning once again with composer John Williams to give Harrison Ford one last hurrah as the Lucasfilm character he preferred over Han Solo. Kathleen Kennedy and Frank Marshall will produce the film, while George Lucas will executive produce the project.

The original plan that Lucas and Spielberg had for the Indiana Jones movies was to do five in total. Originally, these movies would have been released in close proximity to one another, as opposed to there being gigantic breaks between the third and fourth, and later fourth and fifth, movies in the series. And while there was some speculation that Disney would want two more Indiana Jones movies to have two complete trilogies, it’s apparent that Indiana Jones 5 is the last hurrah for Harrison Ford’s adventurer. The future for the franchise after this point is not clear, but Spielberg has stated that he’d like to see a story with a female adventurer following in the footsteps of Dr. Jones.