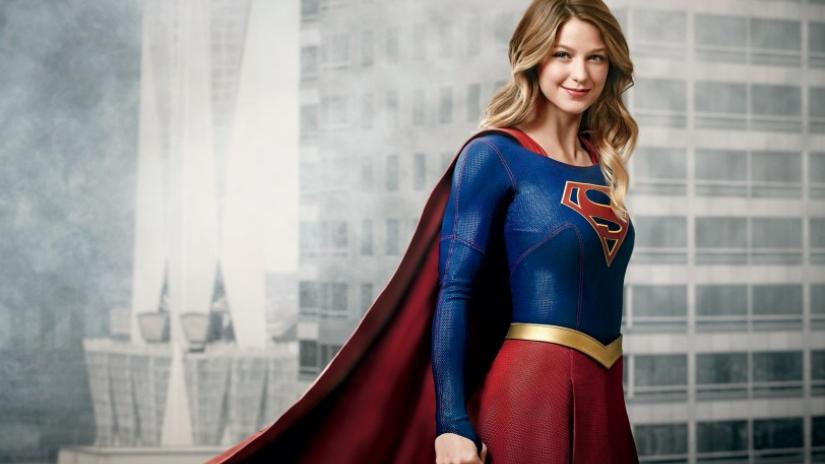 San Diego Comic Con kicks off tonight and the Arrowverse is set to once again dominate Ballroom 20 on Saturday. But Supergirl star Melissa Benoist is already making headlines, announcing her directorial debut and revealing Kara’s new look on Instagram!

Speaking with Entertainment Weekly, the series star confirmed that she would be going behind the camera during the upcoming fifth season;

“I’ve been wanting to direct since season 3, but couldn’t last year because of scheduling conflicts, so David Harewood [Martian Manhunter] did it first. I just felt really drawn to it for a couple of seasons now, just because you know the show so well, and you get to know the character, and the world, and the tone of the show so well that you can’t help but envision certain scenes in a certain way. I want to play with that.”

Benoist’s directorial debut will be the seventeenth episode of the new season, but even though her episode won’t air until next year, she’s already prepping for it. Sitting in on concept meetings and shadowing directors, Benoist is determined to learn all she can ahead of her directorial debut. “I’m literally trying to be a sponge, and I will learn something new every single day I’m shadowing,” she told EW, “It’s just a matter of talking to actors, making sure everyone feels creative and collaborative even though we have these massive constraints with budget and special effects. It’s like a chess game, I’ve realized. You move your pawn one way, and then someone knocks your rook down because you can’t do a certain stunt you wanted to do. It’s all about compromising and trying to be as creative as you can within those boundaries, which is a cool challenge.”

Yes, Kara is ditching the skirt and wearing pants.

Not going to lie, I do prefer the classic look. But I also get the practical reasons behind the change.

“We’ve been talking about pants since season 1,” Benoist told EW, “Every time a writer from the show has come up, and it’s freezing cold in Vancouver, I’m like, ‘Guys, please can I not wear tights?'”

The young star went on to reveal that she has a soft spot for Supergirl’s classic look, but after four years it was time for a change. “I love [Kara’s old costume]. I haven’t changed it because it so works, and I think it is very Kara. I’ve always felt that – until recently, I’m like, ‘Something’s gotta give.'”

The break between seasons turned out to be the perfect time to redesign Supergirl’s look, borrowing elements from the Earth-X and Red Daughter designs, as well as the cape attachments used by Tyler Hoechlin’s Superman. In addition to better protection from the Vancouver weather, Kara’s new costume allows Benoist a greater range of motion, and symbolizes the character’s growth over the last four years. “I just think it’s more adult,” she told EW, “Part of my goal in this whole series for whenever the show ends, I just want there to be a very clear arc for this character that she evolved as a woman and found her femininity and her adulthood, just a self-discovery.”

Supergirl Season 5 premieres on Sunday October 6th on The CW.