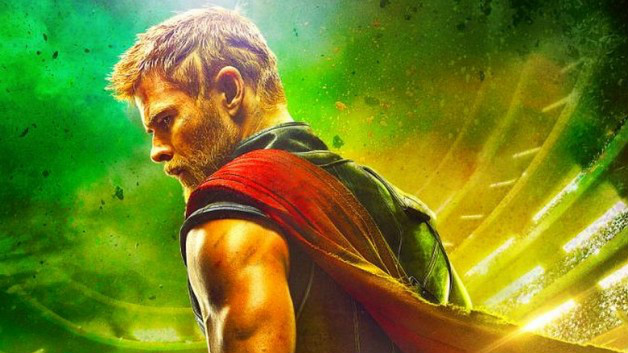 Ahead of Marvel’s big set of announcements at this year’s San Diego Comic Con, The Hollywood Reporter has learned that Thor: Ragnarok director Taika Waititi will be returning to write and direct a fourth film. However, this isn’t the best news for AKIRA, which is set to be postponed (although Waititi is still reportedly involved with that project). While Waititi hasn’t confirmed his involvement with the project, it’s likely that it will be formally revealed at the San Diego Comic Con.

Thor’s last appearance in Avengers: Endgame left the character in an unusual position, having lost his Asgardian physique due to five years of depression, alcoholism, a poor diet, and a lack of exercise, although he was still strong enough to fight Thanos directly in spite of his portly appearance. Having come to the conclusion that he needs to focus on being who he is rather than who he’s supposed to be following a trip back to the past, Thor abdicates the throne of New Asgard by handing the title of King over to his trusted friend Valkyrie (who was already kind of in charge of the fledgling micronation while he was in his drunken stupor) and joins the Guardians of the Galaxy. Presumably, a fourth Thor movie will be set after this point, featuring the Guardians as supporting characters in a Thor-focused narrative while also setting the stage for Guardians of the Galaxy Vol. 3.

What does this mean for AKIRA? THR notes that the production dates on the anime adaptation and Thor 4 were at risk of bumping against one another, meaning that the Strongest Avenger’s fourth movie may be a lot further along in development than previously thought, potentially hitting theaters in 2021. The short of it is that the project is returning to a state of development hell, with Waititi’s sudden departure shocking Warner Bros. and the start of production pushed back indefinitely; however, WB are said to still be interested in keeping Waititi around for the film. Variety reports that Waititi was in the process of meeting with young Asian actors for the roles of Shotaro Kaneda and Tetsuo Shima when the split happened. This news also comes after word that Waititi is being looked at to handle an animated adaptation of Flash Gordon for Fox; it will be interesting to see what Waititi’s schedule ends up looking like for the next few years, because right now, it seems uncertain when the next movies will happen.

Thor 4 is in development at Marvel Studios. Other movie projects on Marvel’s schedule include Black Widow, The Eternals, Shang-Chi, Doctor Strange 2, Black Panther 2, Guardians of the Galaxy Vol. 3, and a third Spider-Man film. Additional Captain Marvel and Ant-Man movies appear to be likely, but are not confirmed to be on the slate as of yet. There are also four Disney+ series confirmed to be in varying stages of development: Falcon and Winter Soldier, WandaVision, Loki, and Hawkeye. A fifth series, which is animated, called What If? , and is set in a series of parallel universes to the MCU, is also in development.