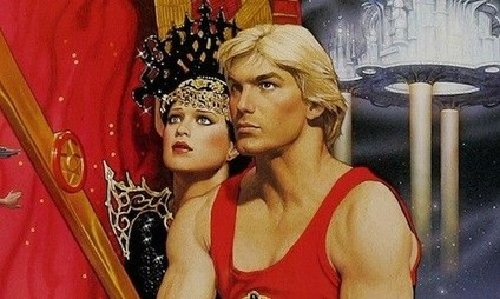 Fox are moving forward with a new Flash Gordon movie, but not in the original medium that they expected to approach it in; the return of the savior of the universe will now be animated instead of live-action. From the sound of things, Fox are looking to hire a big-name fan of the 1980, Queen-scored, campy cult classic with Taika Waititi, the director of 2017’s hit film Thor: Ragnarok.

According to Deadline, Waititi is apparently being given an option to overlook development on an animated Flash Gordon adaptation, which will seemingly replace prior efforts from Matthew Vaughn and Julius Avery to bring the IP back in a live-action capacity. Waititi was previously attached to Netflix’s animated film Bubbles, which would have been his first animated effort, but that project has seemingly been put on indefinite hold due to recent allegations against Michael Jackson, the owner of the titular chimpanzee.

The Flash Gordon franchise revolves around an All-American sports star being forced by Dr. Hans Zarkov transported into space alongside his girlfriend Dale Arden. Transported to the planet Mongo, Gordon must put his skills to the test to fight the likes of the vile Emperor Ming the Merciless and an assortment of other far-out cosmic threats that could destroy the planet. Waititi’s Thor: Ragnarok itself had some tonal similarities and the visual flair of the 1980 film, so it seems like the writer-director of the film would be well-suited to revisit the long-dormant property in the realm of film.

Right now, it appears that Waititi is in early discussions to “crack” the film, with no word on if he will be writing and/or directing the project as of yet. Deadline‘s writer suggests that writing and directing are on the cards, but it’s way too early to tell at this point. John Davis will produce the film, regardless if Waititi is working on the project. It’s not clear who Fox will enlist to animate the film, although their in-house studio Blue Sky may be a good contender.

Flash Gordon is in development at 20th Century Fox.