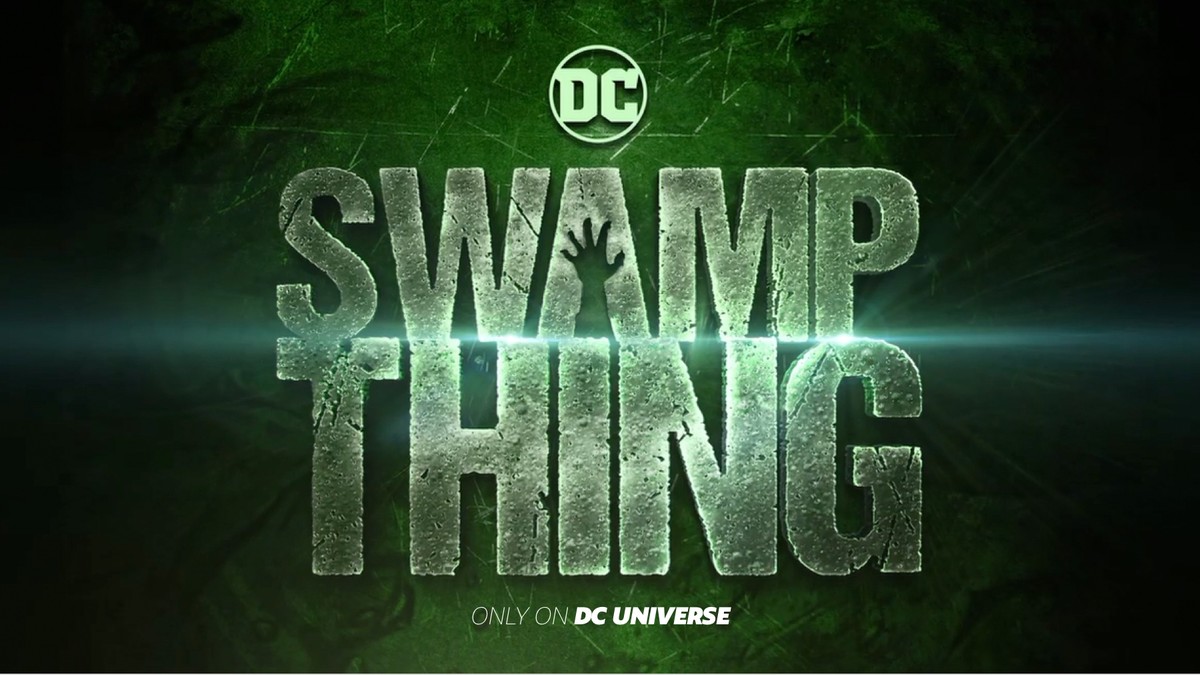 Despite positive reviews, Swamp Thing has become the first DC Universe original series to be cancelled. It was clear when the series was cut short that all wasn’t well behind the scenes, but what exactly led to Swamp Thing‘s unfortunate demise?

First reported by Geeks WorldWide on June 6th, Swamp Thing‘s early cancellation took both fans and industry insiders by surprise, coming just days after the series premiered on DC’s streaming service. GWW‘s initial report claimed that the decision came down to WarnerMedia/AT&T executives simply “not liking the direction of the show.”

Whilst this may seem strange, especially since DC were clear on the show’s darker direction as early as last June, when DC Entertainment’s Jim Lee discussed his excitement at taking advantage of the streaming platform to do shows they wouldn’t usually be able to do, it does line up with the reports on why the series was cut short. In fact, it’s easy to look back now, with hindsight, and say that the writing was on the wall when the first season was reduced from thirteen episodes to ten, the shortest of any DC Universe original series. Especially with the final episode being rewritten to bring the series to a “satisfying conclusion.” 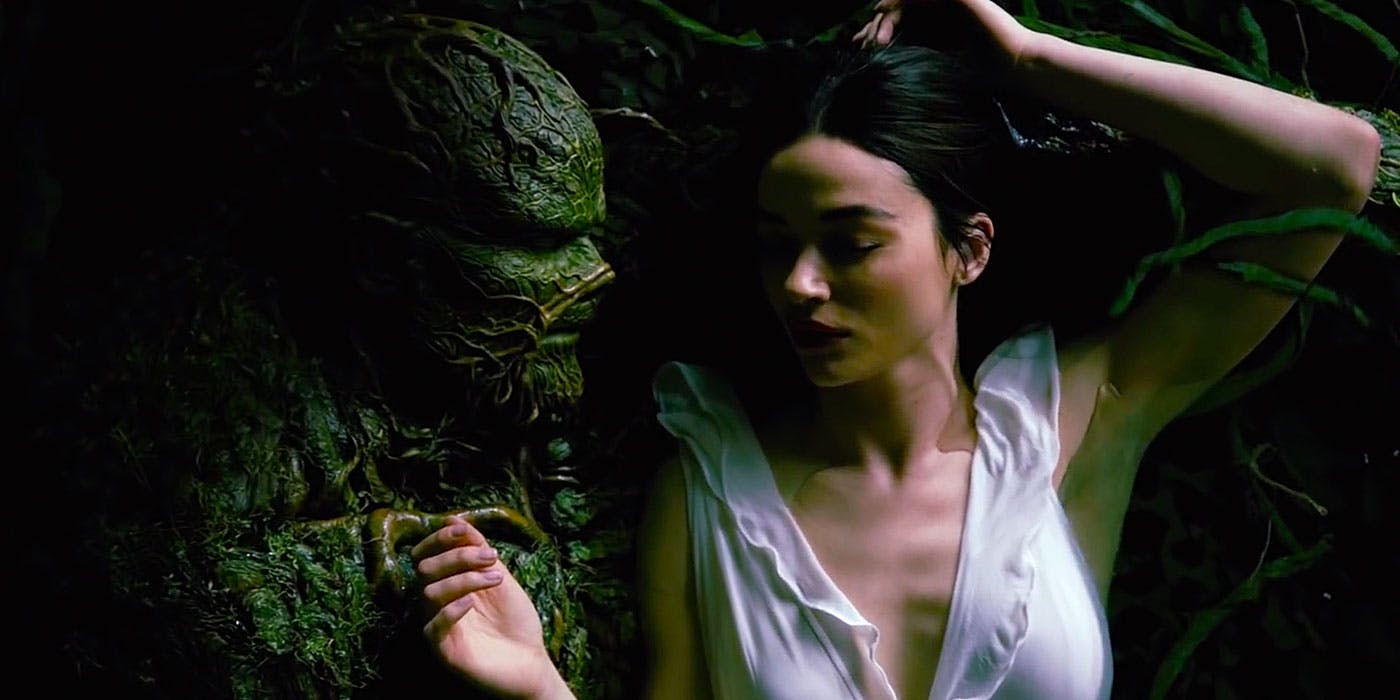 Whilst the simplest answer may be the right one, within hours of GWW‘s report rumors circulated that the real reason for Swamp Thing‘s demise was an accounting error. A rumor that was quickly debunked and corrected, with the Director of the North Carolina Film Office contacting Comic Book Resources to set the record straight:

“The production team for Swamp Thing knew before production began that North Carolina would offer up $4.9M in rebates for their pilot episode and $12M for the remainder of season one. They accepted said offer and even signed a contract with the state with those figures. Per state legislation, the NC Film and Entertainment grant can only award up to $12M per season for a series. Per the program’s guidelines, pilot episodes are counted as their own series. In total, the program only receives $31M annually.”

With no official word from DC or WarnerMedia, Deadline confirmed the reports of Swamp Thing‘s cancellation not long after GWW‘s initial exclusive, and supported their reasoning for the series cancellation, saying “There already had been chatter that new leadership of WarnerMedia was not particularly high on Swamp Thing whose order was reduced from 13 to 10 episodes in April.”

Whilst this may have ended the tragic tale of Swamp Thing, Deadline‘s report contained potentially even more worrying news for DC fans when it stated:

“Like every other initiative, DC Universe is being reevaluated following the completion of AT&T acquisition of Time Warner as WarnerMedia has put an emphasis on the launch of a new streaming platform. There have been questions how DC Universe fits into those plans.”

Whilst the most likely scenario is that DC Universe will be included in WarnerMedia/AT&T’s upcoming premium VOD bundle (reported by Variety to include HBO and Cinemax, along with Warner Bros. movies and TV series, for an expected $16-17 per month), if there’s any change at all, the truth is that DC Universe has been subject to several rumors of underperformance and low subscriptions since its launch last September. So when fans saw Deadline reporting that the service was being “reevaluated”, they understandably felt a little nervous. 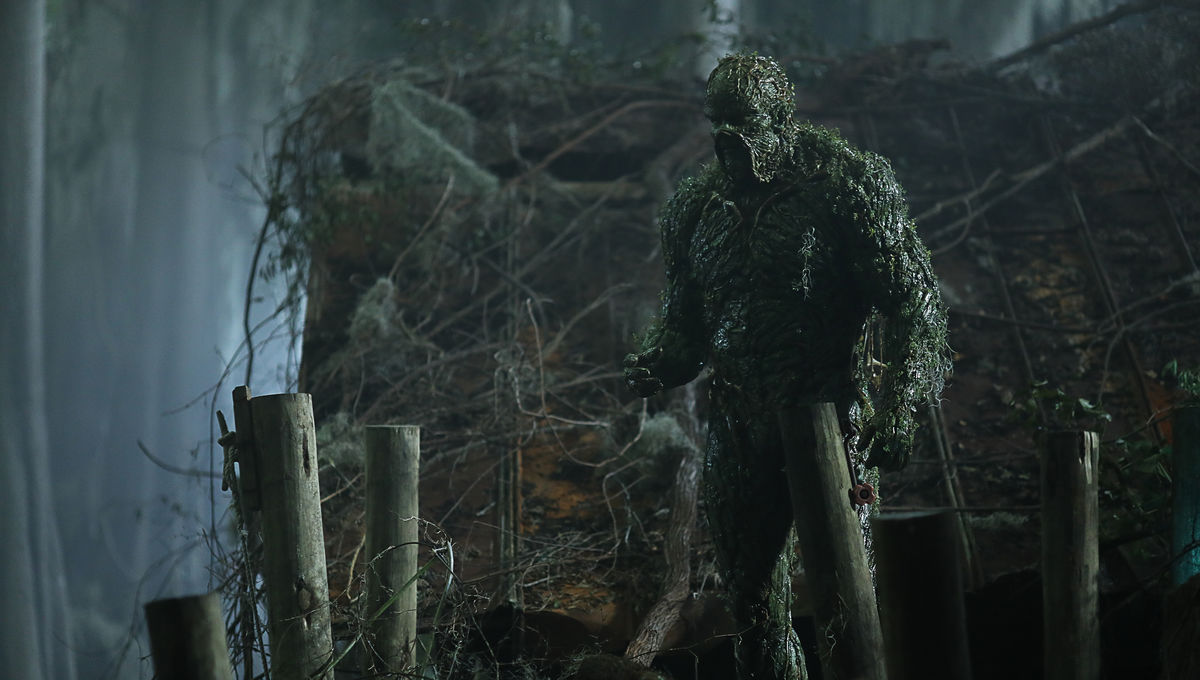 On June 8th, two days after the cancellation initial reports, DC Universe finally issued at statement to their subscribers. In it they addressed both Swamp Thing‘s cancellation and the rumors surrounding the future of DC Universe. For those who aren’t subscribers here is DC’s statement in full, courtesy of ComicBook.com;

A million thanks for your patience. We understand this has not been an easy time for you as fans, and I will do my best to provide you with a satisfying answer.

🌱 The full 10 episode season of Swamp Thing will continue to air on DC Universe with new episodes released weekly. There are no current plans for a Season 2.

🌱 We appreciate there are questions as to “why”, but unfortunately we are not in a position to answer at this time.

And now, the good news:

🌱 DC Universe continues to develop new shows, new seasons, new stories, more availability, and more platforms. We’ve got a lot of exciting plans for our other shows in the works, and look forward to sharing more in the coming months.

That’s all the information I have to share at this time. Now that you have the goods, we will be going back through the threads and removing the false rumors and speculation that this choice means DC Universe or any of our other original series were affected.

Feel free to ask questions in the comments below, and I will answer to the best of my ability. ❤️”

Whilst they understandably don’t go into the “why”, they do confirm that Swamp Thing will not be returning for a second season and that DC Universe is continuing to develop new content for the new and existing series. Again, details are understandably scarce, but with Warner Bros. and DC Films sitting out next month’s SDCC I have to imagine we’ll be hearing more about DC Universe’s plans at some point during the year’s biggest comic con.

So why was Swamp Thing cancelled? Even executive producer James Wan doesn’t seem clear (not that he could tell us the details if he was), sharing this post on Instagram asking fans to “immortalize these 10 episodes”;

Don’t really know or understand why #Swampthing was cancelled, but I can tell you this — all the cast and crew, and producing/writing team poured their hearts into this. Really proud of everyone’s hard work. Go watch episode 2, and immortalize these 10 episodes. Swampy deserves it.

For the truth, or at least as close as we’re likely to get, we have to go back to Geeks WorldWide. They first broke the news and their initial claim that Swamp Thing‘s cancellation came at the hands of studio executives was corroborated by Deadline. And now they’ve published a new article detailing the series cancellation.

From GWW‘s report it seems the executives at WarnerMedia and AT&T, or at least those who pulled the plug, didn’t see footage until quite late in the series’ production. And when they did, they didn’t like what they saw. You could also say there was a budget issue, at least of sorts. It just had nothing to do with the rebate WarnerMedia got from North Carolina and everything to do with studio executives not liking the series enough to continue supporting its $80M budget.

This all happened around mid-April, just after the completion of the tenth episode and just before filming was due to begin for episode eleven. The decision was made  to stop production, cut the episode count, and rework the tenth episode as a finale. This all lines up with the reports from April claiming the changes were being made for “creative reasons” and explains why the changes came as such a shock to those involved with the series.

According to GWW work then began on reshoots for episodes two, four, seven, and ten, with cast and crew advised that production would now wrap on May 1st with plans to start tearing down the sets on May 2nd. This certainly puts series star Virginia Madsen calling the “episode reduction” a “terrible idea” on social media into clearer context. 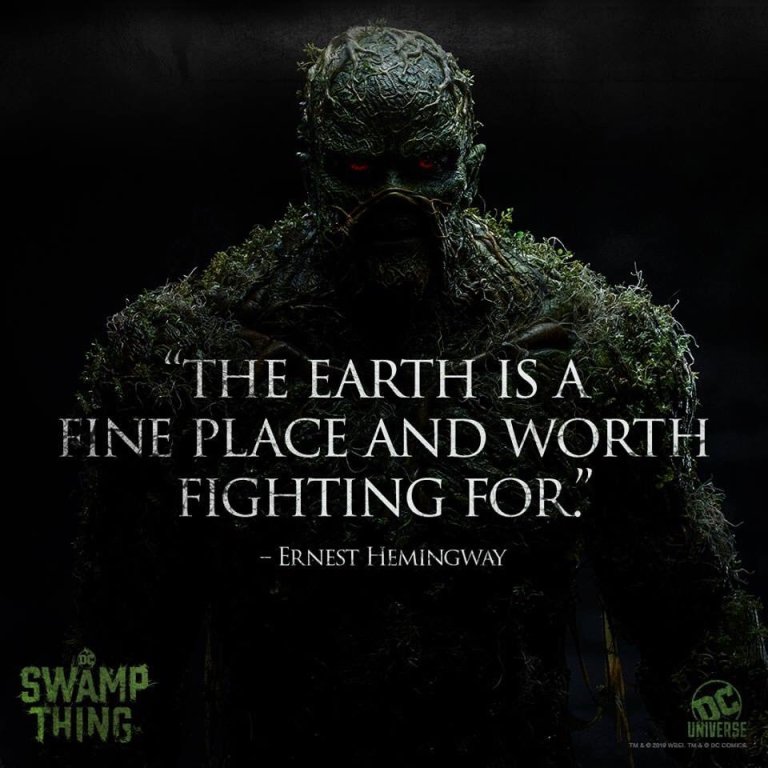 Though Swamp Thing appeared to get a stay of execution on April 22nd, when it was decided to leave the sets standing whilst the series was shopped around to the likes of HBO and The CW, the axe ultimately fell last week and the sets are now being taken down after an alternative network could not be found.

According to GWW executive producers James Wan, Gary Dauberman, Mark Verheiden, and DC Comics themselves all fought for the series, but ultimately the could not save it, with GWW‘s sources claiming that “the new leadership at WarnerMedia are very keen on doing more shows in the formulaic style of The CW’s Arrow and The Flash, and less shows like Doom Patrol and Swamp Thing.”

If that’s true, and we have no reason to doubt it at this time, it seems there is some level of disconnect between DC Comics and WarnerMedia on what they want they want to offer on DC Universe. With Jim Lee saying that the new platform gives them the ability to do series, like Swamp Thing, that they couldn’t do on network TV like The CW, and Warner executives wanting shows in the style of the popular Arrowverse.

There’s no doubting the success of the Arrowverse, or the demand for those shows to be available on DC Universe. And I can certainly understand Warner’s desire for more family friendly original content, with the exception of Y0ung Justice: Outsiders all of the new content has been for an adult audience, I do hope that this doesn’t mark the end of DC Universe exploring content that wouldn’t be viable elsewhere. Whilst there is certainly an opening for TV-PG/TV-14 rated series on DC Universe, I hope it doesn’t become a clone of the Arrowverse (and I say that as someone who loves the Arrowverse). Hopefully as DC Universe continues to build up it’s library of original content we will get a strong mix of shows for all ages and of all genres. 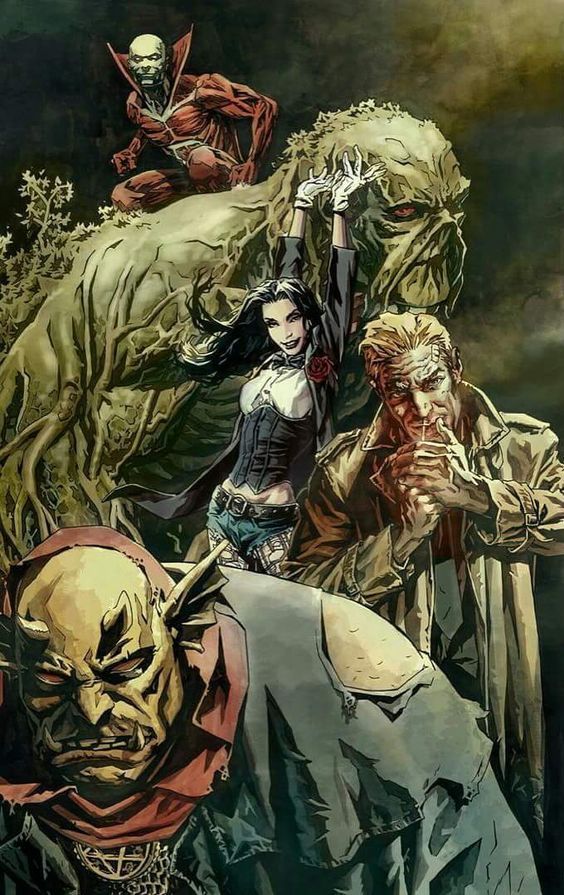 Perhaps the saddest detail to emerge from all of these reports is that Swamp Thing could have led to its own Arrowverse. According to Business Insider the creative team had plans for “a possible three-season arc”, and the hope of characters spinning off into their own series. One possible spin off – a Justice League Dark team-up series.

Business Insider‘s report also claims that, according to the crew, the studio were very happy with what was being shot, supporting the theory that it was only when the high level WarnerMedia/AT&T executives saw the footage in April that the problems began. It also claims that “there was buzz on the set that WarnerMedia might fold DC Universe into its own upcoming streaming service … that means WarnerMedia could have an alternate vision for DC Universe than originally expected, which could have influenced the Swamp Thing cancellation.”

Ultimately it seems that a change in leadership and, potentially, a change in the direction of WarnerMedia/AT&T’s streaming plans did what no super villain could, and brought Swamp Thing to an early end.