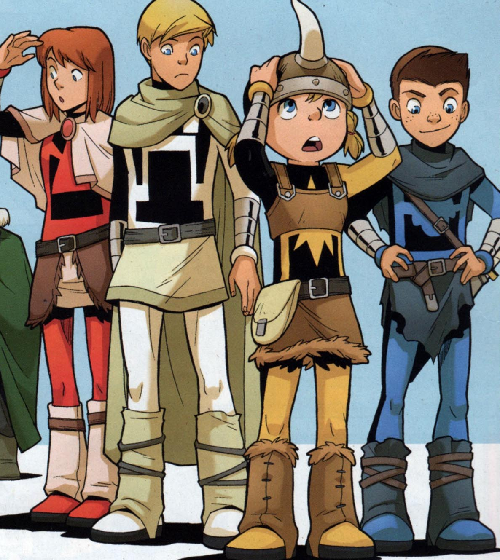 Marvel’s next heroes could be their youngest, with rumors again surfacing that the Power Pack are going to get a live-action adaptation… However, it’s not clear if the kid superhero team will head to theaters or to Disney+.

MCU Cosmic has learned that the story of the Power family (Alex, Julie, Jack, and Katie), who gain elemental powers and have to use them to stick together as a family unit, is on Marvel’s radar for a future adaptation, with Power Pack in a state of active development. However, the writer for the site has no idea if the project is going to be represented on film or as a Disney+ show. Given that the team will have to be made up of child actors, and the team being kids is a big part of what makes them stand out, a multi-season show seems like the more reasonable option for bringing the Power Pack into the realm of live-action. Of course, the team eventually do operate as teenagers, so a movie isn’t out of the question.

This is actually not the first time that rumors about the Power Pack franchise getting some kind of representation in future Marvel Cinematic Universe content have surfaced. Indeed, last year, there were talks that something involving the team of tyke superheroes was on Marvel’s future slate, but otherwise there’s been a lot of radio silence on this rumor. Hopefully, we may learn more about the plans for Power Pack at either the San Diego Comic Con in July or at Disney D23 in August.

Power Pack is a project that may or may not be developed by Marvel Studios. So far, the movies that are confirmed to be moving forward at Marvel Studios are Spider-Man: Far From Home, Black Widow, The Eternals, Shang-Chi, Doctor Strange 2, Black Panther 2, Guardians of the Galaxy Vol. 3, and a third Spider-Man film. In addition, additional Captain Marvel and Ant-Man movies appear to be likely, along with a fourth Thor movie. There are also four Disney+ series confirmed to be in varying stages of development: Falcon and Winter Soldier, WandaVision, Loki, and Hawkeye.