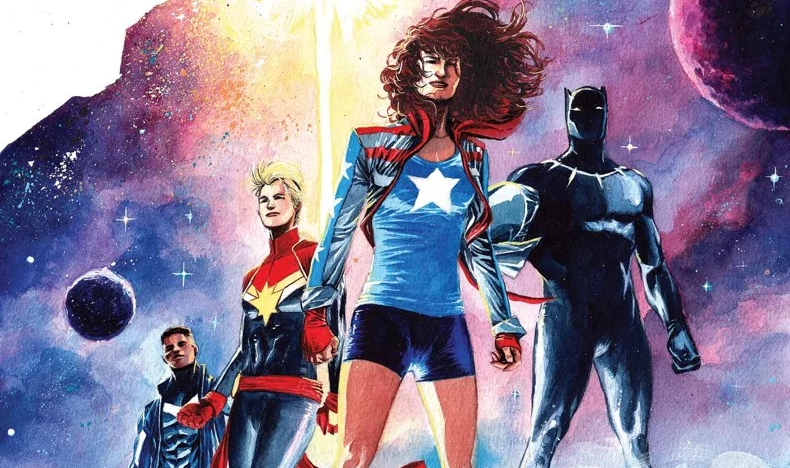 The Marvel Cinematic Universe continues to expand, and so, too, must the threats that the heroes end up facing. As such, the universe may need more than just Avengers or Guardians… They’ll need Ultimates as well.

HN Entertainment reports that The Ultimates is one of the next major teams that Marvel Studios plan on tackling in the realms of film and television, and if anything happens for the latter, it appears as though it would be for the Marvel Studios-produced content for Disney+ rather than the Marvel TV content produced for Hulu. As of right now, these plans are merely under consideration, and they may not necessarily be a part of the next five-or-so years of content across the setting.

The question fans might have, of course, is: which version of the Ultimates would this project revolve around? There are two of note in Marvel’s Multiverse: the first being the Earth-1610 team that are effectively the Avengers of the Ultimate Universe, and the Earth-616 team, which are some of the strongest heroes in the universe that regularly face off against some of the greatest threats to their world and beyond. The Earth-1610 team could be adapted as a team similar to the ones we’ve already met in the MCU, but they’re all more dysfunctional and bigger jerks to each other, and they wouldn’t add a whole lot to a setting that just disbanded the Avengers and is looking to establish brand-new heroes.

Conversely, the Earth-616 team includes recent Marvel superstars Captain Marvel and Black Panther among their ranks, it seems like a no-brainer that they’ll end up going with the latter team. One of the other members of this team, Spectrum, appeared as her younger, pre-superpowered self in Captain Marvel as Monica Rambeau, with the door wide open to her return as an older, more experienced, and super-powered character. The team in the comics has two other characters of note: Ms. America and Blue Marvel, who would both help expand Marvel’s horizons in terms of representation. The movie could pull Doctor Strange into their ranks if they needed a sixth member to round things out, and help establish the new trinity of Captain Marvel, Black Panther, and Doctor Strange as the faces of Marvel’s setting going forward, replacing the old trinity of Captain America, Iron Man, and Thor.

Marvel will continue to remain tight-lipped about their post-Infinity Saga plans until their presentations at two events this Summer: July’s San Diego Comic Con, and August’s Disney D23, where they have confirmed that they will lay out an abundance of their plans for the next few years of the ever-expanding setting. For now, we’ll have to continue playing the waiting game.