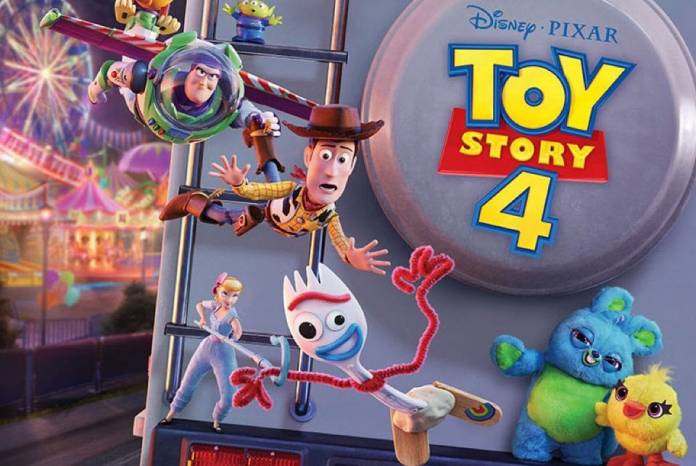 Toy Story 4 is a month away, and with it comes one last trailer showing Pixar’s last sequel (for now). While the previous trailer hinted at the pathos of the last Toy Story movie, this one is more focused on the fun.

Once again, the trailer’s set-up is heavily dependent on the introduction of Forky, Bonnie’s self-made toy who has an identity crisis upon coming into existence. The action takes the characters to a local fair, where Woody reunites with Bo Peep, who hasn’t been seen since Toy Story 2 20 years ago. From there, hijinks ensue as the toys plot what looks to be a series of daring escapes. You can view the trailer below:

Pixar also released this short promotional clip of the Toy Story toys hiding their sentience as a couple of kids approach to commemorate the movie’s nearing release date. Check it out below:

In addition, an international trailer that hit two months ago that we didn’t know about, showing Buzz Lightyear’s part in the story. You can watch it below:

New footage of Woody, Buzz, and the gang from an all-new international trailer for #ToyStory4 pic.twitter.com/bCgew2E2hI

The film’s official premise is as follows: