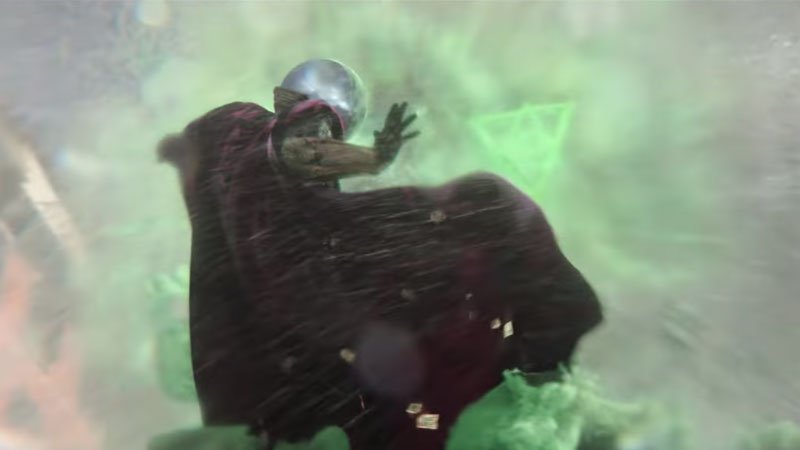 The latest Spider-Man: Far From Home clip has Peter Parker rush off to find a place where he can suit up without anyone noticing, only to get clobbered by Hydro-Man. But to his surprise, Mysterio swoops in to save his skin.

The action sequence is set in Venice, Italy, and it appears as though this is the first time that our hero has a run-in with both the Elementals and Mysterio. The scene starts with Michelle Jones noticing that something’s up with the water, and before she can react, a gigantic creature made up of water surfaces. Knowing the immediate danger that they are in, Peter tells Ned to shoo his friends away and makes use of some fancy footwork to evade Hydro-Man. But before he can get to his suit, he’s knocked on his back and left at the creature’s mercy… But Mysterio arrives to stop the monster, making use of sorcery and fancy technology alike. The clip can be seen below:

It looks like there are clear chunks of this scene that are edited out to keep it under a minute on the broadcast, but the action on display here seems to indicate that the creative team working on Far From Home are managing to greatly outdo the action choreography that was seen in Spider-Man: Homecoming. Here’s hoping that things only get better from this point on.