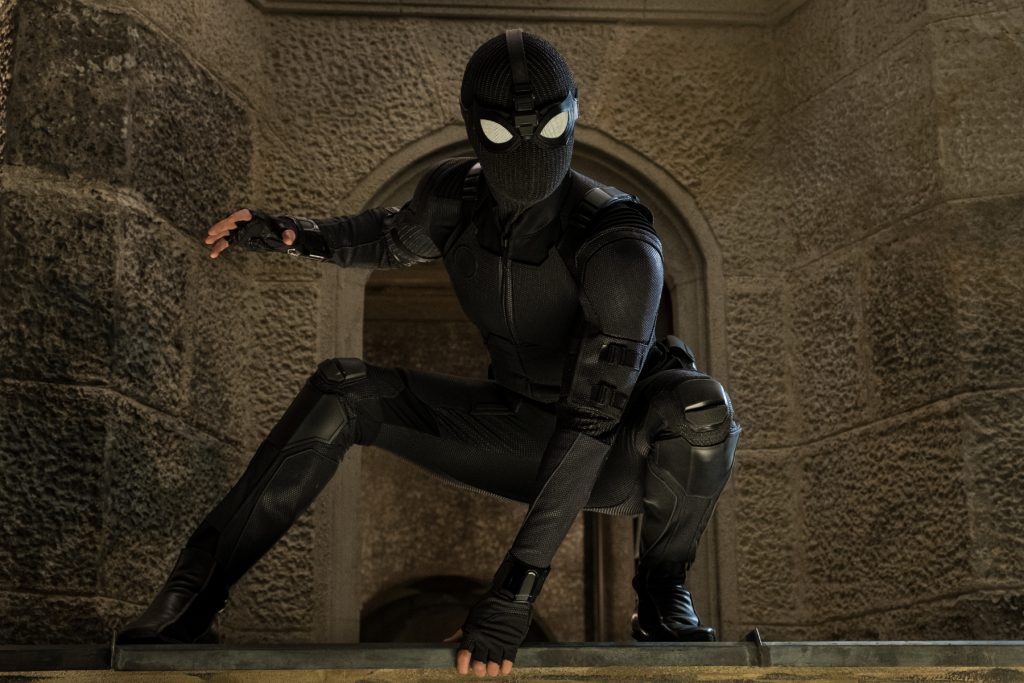 The newest Spider-Man: Far From Home advertisement fully reveals what the world of the Marvel Cinematic Universe is like after two big battles with Thanos, showing the world through the eyes of the youngest Avenger… Who wants nothing more than to have a vacation. Avengers: Endgame spoilers ahead!

Alright, this is your last chance for you to turn back. I’m not kidding, this ad will spoil Endgame, as Marvel clearly feel like the statute of spoiler limitations expired after the movie cleared Titanic as the second-highest-grossing movie ever. At the very least, they’re kind enough to give you a heads-up before the trailer starts.

Anyway… Peter Parker, who was among those who were turned to dust in Avengers: Infinity War, is once again alive and well in a world that he’s been absent from for five years, and conveniently, some of his closest colleagues were also snapped, and thusly haven’t aged. But just as importantly to Peter, Tony Stark, the superhero known as Iron Man and elevated him to new heights as a superhero, died saving the universe. He’s still shaken by what happened in the past 5 years, and he seems to be content with hanging up the suit for a few weeks as he heads off the Europe for a vacation… But fate has other plans in store for Peter.

As it turns out, several giant monsters – referred to as Elementals – are threatening a universe that’s more vulnerable now that the Infinity Stones have been reduced to atoms, and unfortunately for Peter, they happen to be attacking places in Europe like Berlin, Venice, Prague, London, and the Alps… Which happen to be places that he and his friends are visiting, putting them in danger and forcing him to become Spider-Man once again. With the backing of S.H.I.E.L.D. (namely, Nick Fury and Maria Hill) and a seeming ally known as Mysterio, Spider-Man has to keep the world together when the Avengers have disbanded and continue to grow into becoming the hero that Tony believed that he could be.

The trailer can be viewed below:

I’m really interested in seeing where they go with this. Previously, it seemed like this would just be a denouement to Endgame that would serve as a sort of palate-cleanser for the setting, but it’s looking as though this movie will set up the multiverse in the Marvel Cinematic Universe and have a significant impact on the franchise going forward… Possibly even expanding into Sony’s other two ongoing Spider-Man film franchises (since Spider-Verse revolves around alternate universes, and Venom is explicitly set outside of the Marvel Cinematic Universe). Having Mysterio come from another universe altogether is also a great twist, although knowing the character’s history of deception, I have to wonder if he’s not just making that up. Then again, the character also has a history of playing around with alternate universes, as seen in the Spider-Men comic book series.